Nigerian Olympic soccer team coach Samson Siasia has been banned for life in the latest match-fixing case to his the sport.

The coach who led Nigeria to two Olympic Games medals has been banned for life by FIFA for agreeing to receive bribes to fix soccer matches.

Samson Siasia was punished in the latest case from the investigation into renowned Singaporean match-fixer Wilson Perumal.

FIFA did not specify which games were investigated as it also fined Siasia 50,000 Swiss francs ($A75,300) on Friday.

"Siasia agreed to receive bribes in relation to the manipulation of matches in violation," FIFA said. 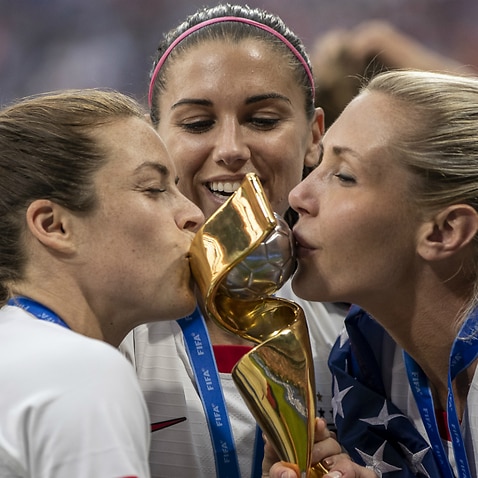 Siasia coached Nigeria from December 2010 through October 2011, and again in 2016 when he also led the men's under-23s team at the 2016 Olympics where they beat Honduras 3-2 in the bronze medal match.

He also coached Nigeria to silver at the 2008 Beijing Olympics.

As a striker for Nigeria, Siasia won the African Cup of Nations in 1994 and played at the World Cup in the United States in the same year.

Siasia is the latest person involved in the Rio Olympics to be convicted by FIFA of match-fixing.

In 2017, Ghanaian referee Joseph Lamptey was banned from football for life.

No Olympic matches have been publicly identified as being fixed.