Communities around Australia are missing out on the early intervention critical to stemming the tide of obesity.

Dr Kathryn Williams is the clinical lead at the Nepean Blue Mountains Family Obesity Service in Sydney’s west, a service which has helped hundreds get their lives back on track.

But, with obesity on the rise, many public weight management services are overburdened with demand, and Dr Williams believes there is an urgent need for the government to recognise the seriousness of the problem.

According to data released late last year by the Australian Institute of Health and Welfare (AIHW), almost 30% of Australians were obese in 2015, compared to 1995, when it was less than 20%. 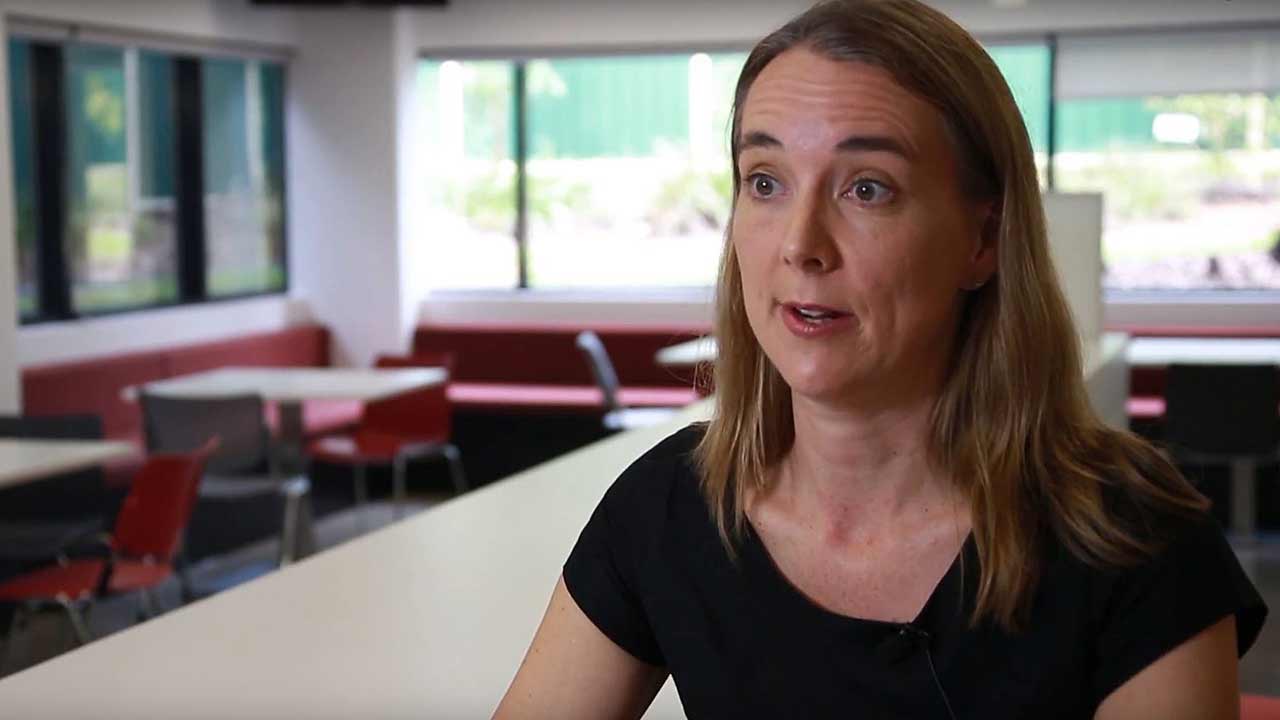 “There’s been a lot of talk about a sugar tax, I’m not against that, but it won’t solve the problem,” Dr Williams told SBS News.

The Nepean clinic was opened in April last year and was the first service to offer a family-centred approach to tackling obesity.

But, just one year on, the waiting list for the Nepean clinic is around 200 people, and Dr Williams is worried obesity clinics around the country do not have the resources to address the needs of their communities.

“There needs to be more investment in working with obesity services to design appropriate community services, and make obesity recognised as a chronic disease – if you intervene early, there will be more success,” she said.

“The environment is so obesogenic, it does mean we can only deal with clients who are quite unwell and very obese.” 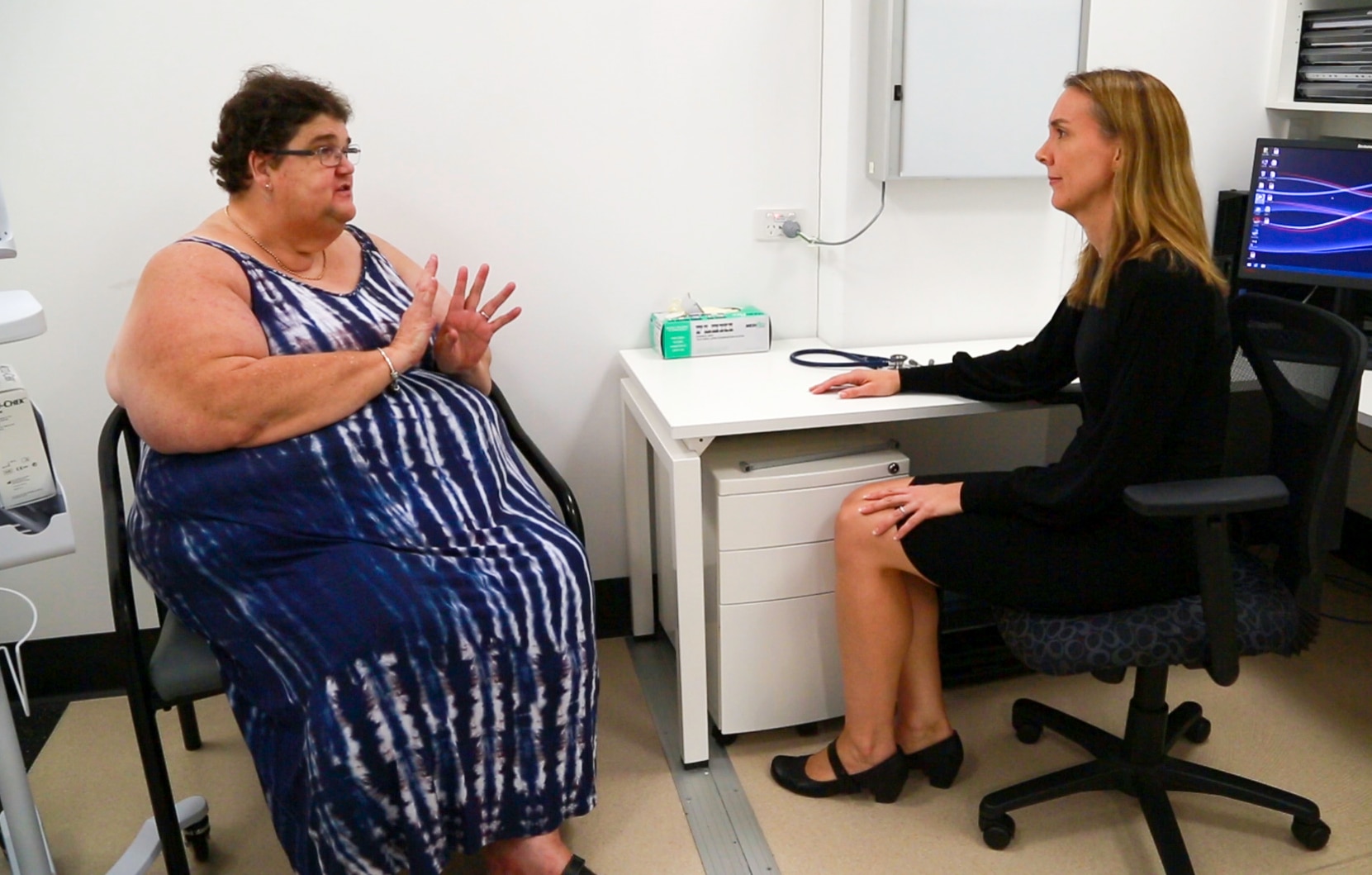 "All obesity services are overburdened; some of the clinics can only offer services one day a week."

Western Sydney local Jackie Moore was one of the clinic’s first patients, and at her heaviest, weighing 212 kilograms, she struggled to do basic daily tasks.

“It spiralled very quickly, and my friends and family became very concerned. I was almost a hermit, it was a chore to even get dressed,” she said.

“Everywhere I went, I was short of breath, and it was painful just to walk. All my clothes were tight and uncomfortable.”

Jackie’s rapid weight gain is alarming but she’s certainly not alone - according to the AIHW, more than 60 percent of Australian adults are overweight or obese, and that number rises steadily each year.

Within four years, Jackie put on 30 kilograms, and it would take a health scare to give her the wakeup call she needed to call in expert help from the Nepean clinic.

Jackie needed surgery for a separate health complication, but when she saw her doctors hesitating about the safety of operating, due to her size, she knew she needed help with managing her weight.

“Five months before the operation, I needed to start losing weight to give myself a fighting chance.”

With the help of the clinic’s interdisciplinary team of dieticians, psychologists and other specialists, she has lost more than 55 kilograms in just over a year.

“I cannot thank them enough, that’s what kept me going. They make you feel so good, they are so encouraging.”

“I put a top on that I haven’t worn since last summer, and it just swims on me. I hope the government sees the wonderful work of the clinic, they really make people’s lives better.” 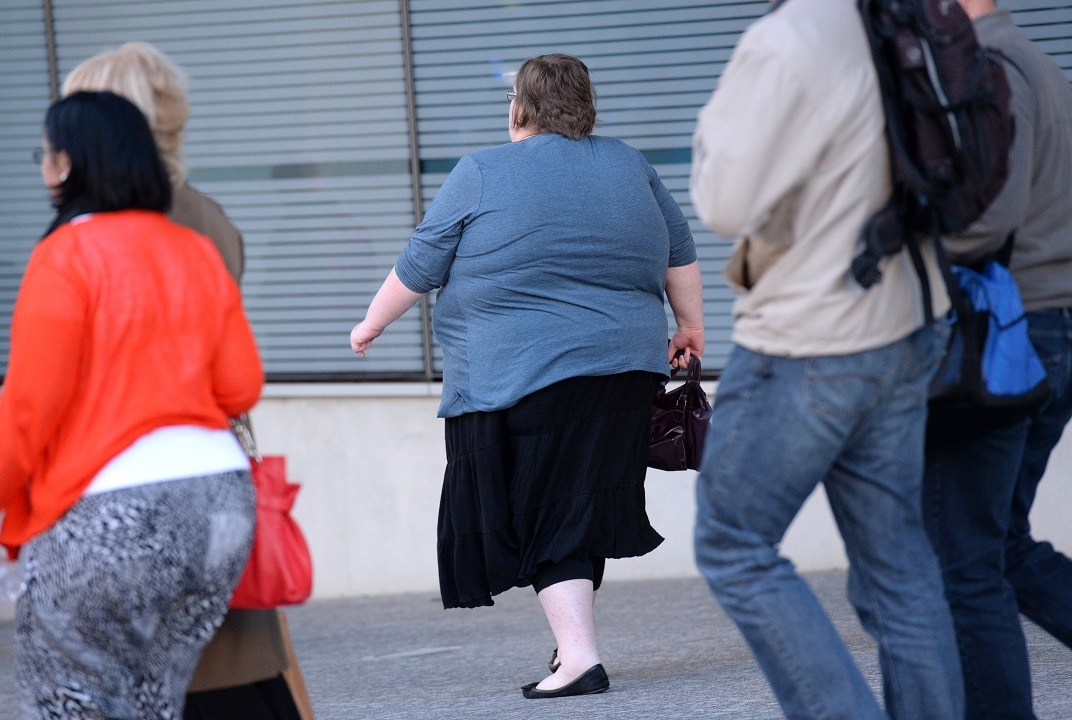 Western Sydney has one of the country’s highest rates of obesity, according to data from AIHW.
AAP

Data from AIHW revealed Western Sydney has one of the country’s highest rates of obesity, but the problem is pronounced throughout the nation, with regional South Australia and Western Australia, and Central Queensland among the areas where the obesity rates are growing steadily.

Dr Williams said the public must be given the chance to develop their food knowledge, particularly in at-risk areas.

“The first time I saw the number of fast food outlets in western Sydney, my jaw dropped. The problem is people get so used to it that it becomes normal,” she said.

“The government needs to help people develop their food knowledge.”

According to Dr Williams, it’s not just the availability of healthy food that is important, but also the government's role in creating cities which are conducive to a healthy lifestyle. 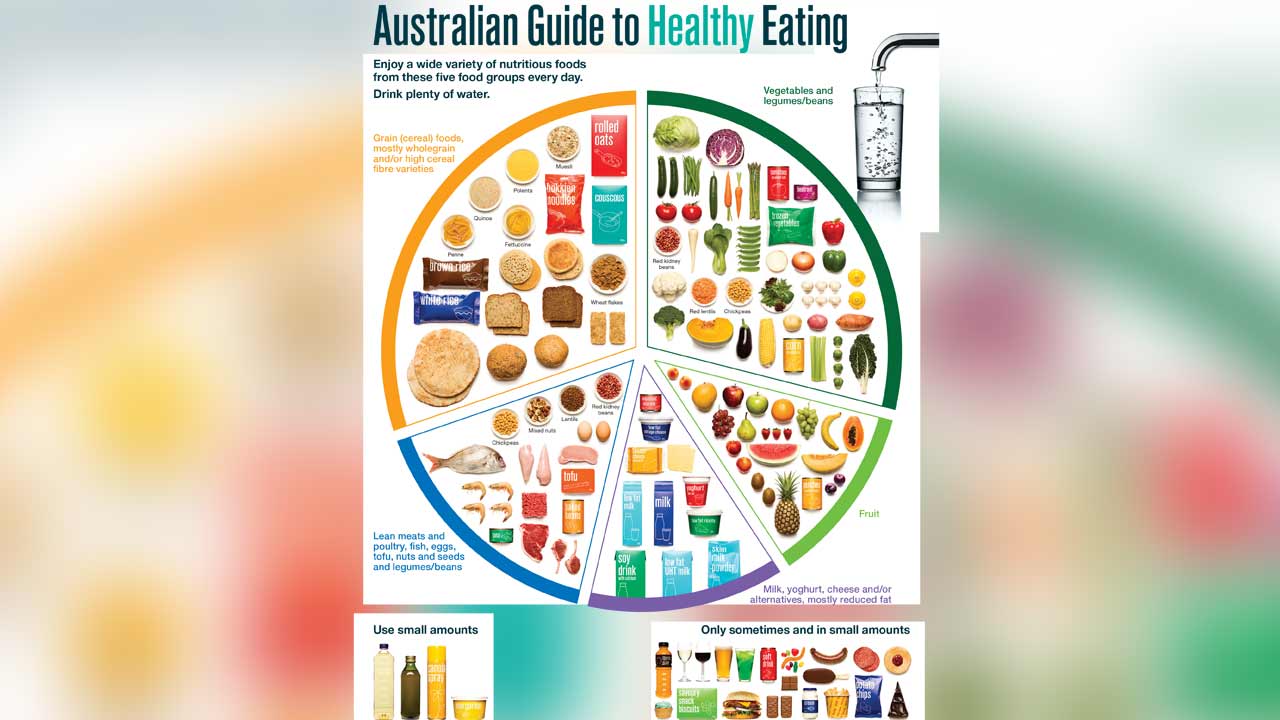 The Australian Guide to Healthy Eating is a guide which visually represents the proportion of the five food groups recommended for daily consumption.
www.eatforhealth.gov.au

“There needs to be more investment in working with obesity services to design appropriate community services, and make obesity recognised as a chronic disease, if you intervene early, there will be more success,” she said.

Research from the Queensland University of Technology found on average, healthy diets can cost around 30% of the disposable income of low-income families, and concluded that healthy diets remain out of reach for many Australian households.

It’s a problem Jackie has noticed in her local community.

“I was never a sugar person, so the problem is that healthy food is just so expensive, and it’s cheaper to buy rubbish than to buy good food.”

“The government needs to look at the big picture, and see how they can help these obesity services. I know people say, it’s our own fault but that’s not always the case.”

The financial and emotional cost of obesity

Data from Australian Diabetes, Obesity and Lifestyle indicates the direct cost of obesity on the economy can be upwards of $10 billion annually.

The personal cost to sufferers is equally hefty, as Dr Williams explained.

“The anxiety can be crippling, panic attacks are common as they are often afraid of going to a new place because they aren’t sure they will fit, so they sit at home, which makes the depression worse, their health worse and adds to their weight gain.”

It’s something Jackie has experienced firsthand. 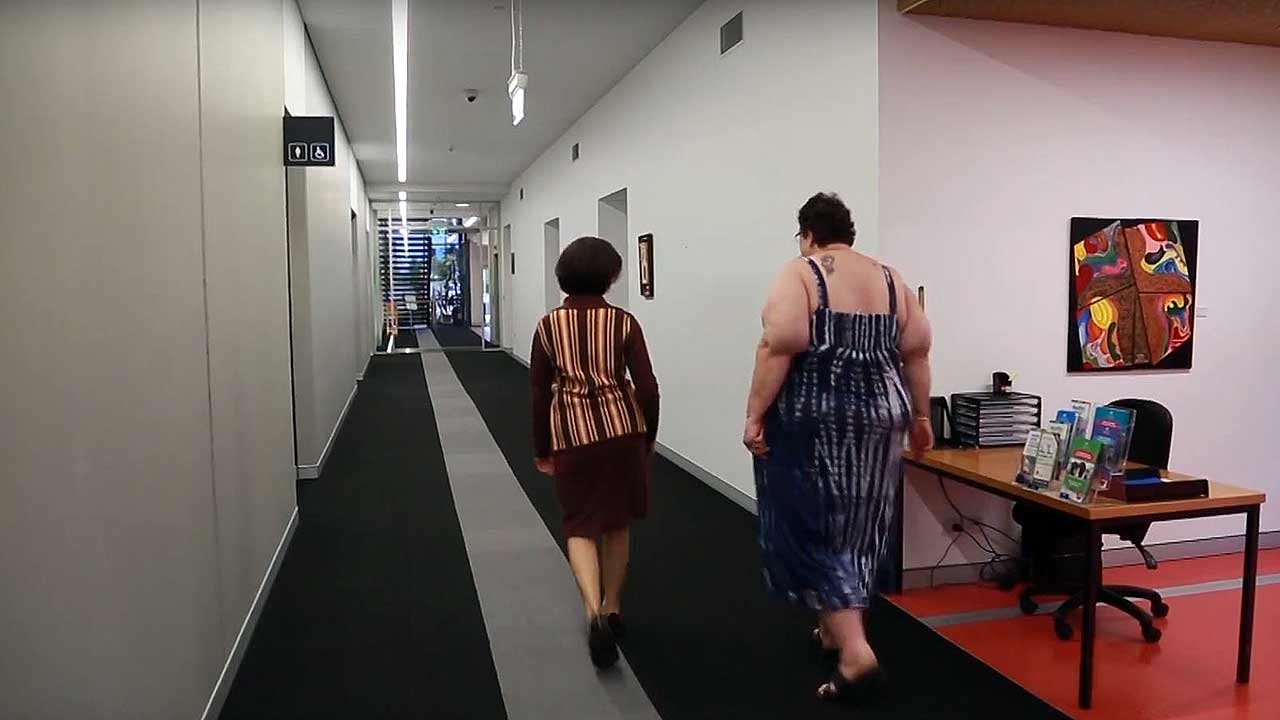 "Nothing will hold me back now,” Jackie Moore says of her weight-loss journey.
www.nbmlhd.health.nsw.gov.au

“You feel so useless when you have obesity; you’re not any use to society when all you do is stay inside.”

“But now I’m getting out and doing things, I don’t want to sit here by myself, watching TV and thinking about what I can eat next.”

After losing the weight, the mother of two is finally hopeful she will get to see her granddaughters grow up, but for now, it’s still the simple pleasures she appreciates the most.

“A friend rang me, spur of the moment and asked me to come out, and off I went, and I’ve gone shopping today, nothing will hold me back now,” the 57-year-old said.

“If people can get help earlier, they will be set for life.”