Home Affairs Minister Peter Dutton is unlikely to intervene in the case of a Filipino single mum who fears being torn apart from her son if she is deported from Australia.

A Filipino mother could be separated from her eight-year-old Australian-born son on Tuesday after her application for permanent residency was rejected by the assistant immigration minister.

Bernadette Romulo's supporters and a Labor senator have made a last-minute plea to Home Affairs Minister Peter Dutton to intervene.

The single mother’s case is complicated. She has lived in Australia for 11 years. She has been her son Giro's primary carer since he was born, but he is not allowed to leave the country. She also has two young daughters, aged 12 and 13, from a previous relationship who were born overseas and are dependent on her bridging visa.

The 40-year-old must report to immigration on Tuesday with her daughters, but her son Giro cannot leave Australia for legal reasons.

“The reason I’m still here (in Australia) is because of my son. I’m a mother. Giro was still a baby. I just kept hoping and fighting to be with him,” Ms Romulo said, breaking down in tears.

“All I can think is to be with my family. My kids.”

She arrived in Australia with her daughters on a 457 partner visa in 2006 with her then-husband.

When the marriage ended, she began a relationship with the Filipino-Australian father of Giro. But after Giro's birth, this relationship fell apart. Bernadette Romulo with her children.
Supplied

After years of pursuing permanent residency, Ms Romulo was finally rejected by the department three years ago, and she was told just four days before Christmas there would be no ministerial intervention.

“Without commenting on an individual case, there are cases that are brought to us on a regular basis in terms of a possible exercise of ministerial Intervention and there are a number of cases where I deal with them,” Mr Dutton said at a press conference.

“We don't seek publicity, we don't publicise them. Members of parliament bring those to our attention. Members of the public, the press, wherever it might be, and we look at the individual merit of those cases. But in some cases we take a decision for good reason not to act and I just ask people. I know there is a lot of emotion around many of these cases, sometimes it makes cheap TV.

“So we have those tough decisions to make, but as I say we act compassionately in many, many cases that I sign off on each week.”

Under the Migration Act, the minister can still intervene at any time. Section 4.2.8 of the legislation’s guidelines states: "Strong compassionate circumstances such that failure to recognise them would result in irreparable harm and continuing hardship to an Australian family unit or an Australian citizen”.

Ms Romulo’s pro-bono lawyer, Dr Angus Francis, said: "This case is unique in the sense that Bernadette has been here many years, has two daughters, an Australian-citizen son. It’s a compelling case, an anomaly, she’s fallen through the cracks.

“There are other cases that have been brought to the minister’s attention and the minister has intervened in the past and we’re calling on him again.

“When there’s domestic violence when a woman is on a provisional spouse visa the law allows that if they separate to get a permanent visa. 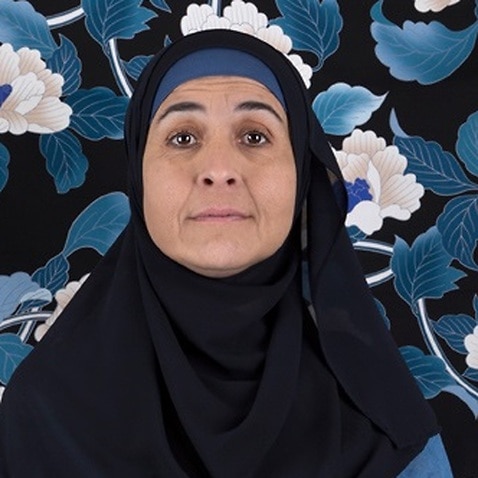 “Bernadette Romulo was never on a provisional spouse visa and in those cases, the minister has intervened in recognition of the fact that we’re trying to protect migrant women from domestic violence.”

Ms Romulo is Giro’s primary carer, but has joint custody, and is preparing him for her departure.

“I told Giro everything, that I might leave on Tuesday, and he said, ’It’s going to be Mother's Day on the 13th and how am I going to give you my present?’” she said.

“He’s having nightmares already that someone is separating our family, at night time he just holds my hand while he’s asleep.

“Dear Mummy. You have a heart bigger than the universe. You’re more important to me than anything else, I hope your memory will live on forever,” he reads from his handwritten message.

Minister Dutton's office referred inquiries about the pair's futures back to the office of Assistant Minister for Immigration Alex Hawke, who initially rejected Ms Romulo’s application to stay.

“This case has been comprehensively assessed by the Department and the Assistant Minister,” a statement said.

“What is or is not in the public interest is entirely a matter for the Assistant Minister considering each case on its own merits.

“The Assistant Minister only intervenes in a relatively small number of cases which present unique and exceptional circumstances.

“Child custody matters are beyond the scope of this Department and are addressed through the appropriate jurisdiction of family law.” “If Peter Dutton doesn’t grant Ms Romulo a visa to stay here what it means is he is basically breaking up this family,” Senator Watt said.

“This is an unusual situation. A family breakdown, court restrictions about taking a child out of the country.

“Obviously all Australians want to see that our migration laws are complied with but clearly the compassionate and right way to approach this is for Peter Dutton to use his discretion and allow this family to remain in Australia.”