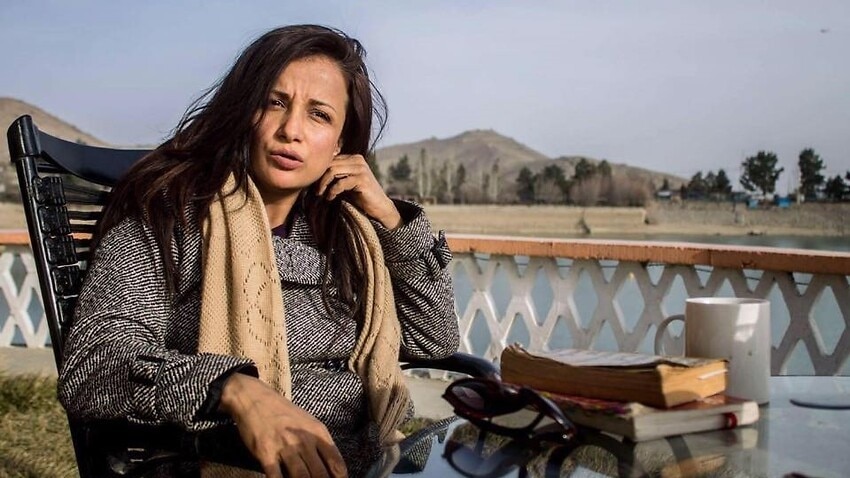 In a further setback to women’s rights in Afghanistan, the Taliban has released “religious” guidelines that ban the country’s television networks from showing dramas and soap operas featuring women actors.

Issued by the Ministry for the Promotion of Virtue and Prevention of Vice on Sunday, the order also called upon women television presenters and journalists to wear hijab when they’re on air.

LA-based American-Afghan actor Fereshta Kazemi, who managed to escape Afghanistan just as Kabul fell in August, has called the guidelines “the final erasure of women from society”.

“First they removed women from school, then they removed them from work and now they’re removing them from one of the most important mediums that helped shape womanhood in the country,” Kazemi said.

A number of other hardline rules relating to the media have also been introduced.

According to the new guidelines, films that go against the values of Sharia or Islamic law are banned, along with footage of inadequately dressed men.

Light-hearted entertainment shows that may insult the Afghan culture have also been culled and telecast of foreign films promoting foreign culture has been restricted.

“'These are not rules but a religious guideline,” ministry spokesman Hakif Mohajir told AFP.

The new guidelines come just three months after the Taliban took control of the war-ravaged country, promising to rule more moderately this time round.

“The Taliban promising to the world that they will uphold women’s rights is simply a PR mechanism,” Sydney-based lawyer and human rights activist of Afghan origin Arezo Zoe Safi told SBS News.

“Misogyny is synonymous to Taliban. The new rules is what we identify as sexual discrimination. Since the fall of Kabul, there’s been a steady stream of bad news for women and girls," she said.

“It’s outright hypocrisy to promise one thing and deliver the other, but this is very consistent with the deviant behaviour of the Taliban.”

The Taliban's guidelines for TV networks follow two decades of explosive growth for independent Afghan media under the Western-backed governments that ruled the country until August 15, when the Islamists regained power.

“The impact of [these rules] is going to make what was already a very conservative culture and a very difficult culture for women even harder,” Kazemi said.

Born in Afghanistan, Kazemi migrated to the US with her parents when she was just four.

She returned to Afghanistan in the 2010s to work as an actor and director.

In 2013, she played the lead in The Icy Sun - a trailblazing Afghan movie about a woman who was raped and then demonised by the society, which held her responsible for the crime instead of going after the perpetrator.

According to Kazemi, even in Afghanistan’s heyday under the Western-backed governments, it was risky being a female actor in the country.

“Even when I was there during some sort of a democracy, there were security issues. It was dangerous. I felt like I was walking a very thin line. Often I had to hide the fact that I was an actress.”

With the new rules and under the new regime, Kazemi feels things are bound to go from bad to worse for the creative industry in Afghanistan.

“The radical extremists often feel offended and enraged by [creative people] and that is a concern.

“Maybe they’ll look at some of the projects all these actresses and actors have done in the past and feel that they want to hurt them.”