This year 190,000 migrants will settle here permanently and about two thirds of them will be skilled. Many have skills that are considered in short supply in Australia but finding work in their chosen field here is far from guaranteed.

Originally from Syria, he spent many years in the Gulf, working on massive infrastructure projects for multinational companies.

He has applied for around 200 positions in Australia but he said he hadn't even got one job interview.

"I've been knocking on so many doors, but nobody has opened the door."

Recruiters suggested he change his name.

"I hear that you should at least sound [like] an Anglo-Saxon person on your CV," he said. "It's common here in Australia." 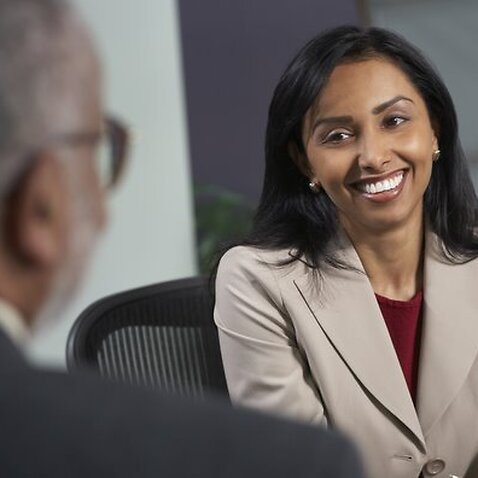 Blind recruitment: How the ABS broke its unconscious bias

He said one application was rejected so quickly he could only think it was because of his name.

"I saw a job advertisement at 8am, I applied for this job and 10 minutes later I got an email saying I didn't get the job," he said.

"Maybe he saw my name from the email or something like this, because 10 minutes its not enough to assess whether this person is qualified or not."

He said the sophisticated software used by recruitment agencies to screen applicants could reject names from non-English speaking countries.

"I have noticed people with 'Anglo' names are more likely to be considered, or screened through," Mr Molloy said.

Mahmoud came to Australia on a Skilled Independent Visa 189, meaning his skills have been assessed as "in demand."

Unlike the 457 temporary skilled migrant visa, applicants for the permanent "189" working visa don't need a sponsor or pre-arranged job in Australia.

But applicants for a "189" visa must be assessed by an industry body and then "invited" to apply for a visa. Engineers Australia is the body that assesses engineers.

CEO Stephen Durkin said he hadn't seen any evidence of applicants needing to change their names to break into the industry.

He said utilising networks and making contacts were key to job search success.

He said more than half of the engineering workforce in Australia came from overseas, so many skilled migrants were having success in getting work.

"We recognise as a profession that we need a lot of engineers to do the work that is ahead of us in Australia," he said.

"That overseas experience for engineers in Australia is particularly important in an increasingly global marketplace."

"I know some people that have a PHD and they are working as cleaners."

The Migration Institute of Australia's Jonathan Granger said engineers were not the only overseas workers in high demand.

"We won't have, over the next 30 years, sufficient workers in the workplace to meet our ageing population requirement," Mr Granger told SBS.

"In certain skilled industries then there is actually just chronic skills shortages, whether it be a chef or engineers, accountants or nurses."

Mahmoud Aghiorly remained optimistic but he said he was not the only one struggling.

"So many people are coming here and facing these barriers," he said.

"I know some people that have a PHD and they are working as cleaners."