Victoria has had no new coronavirus deaths, leaving the state toll on 817 and the national figure at 905, and no new cases for the first time since 9 June. 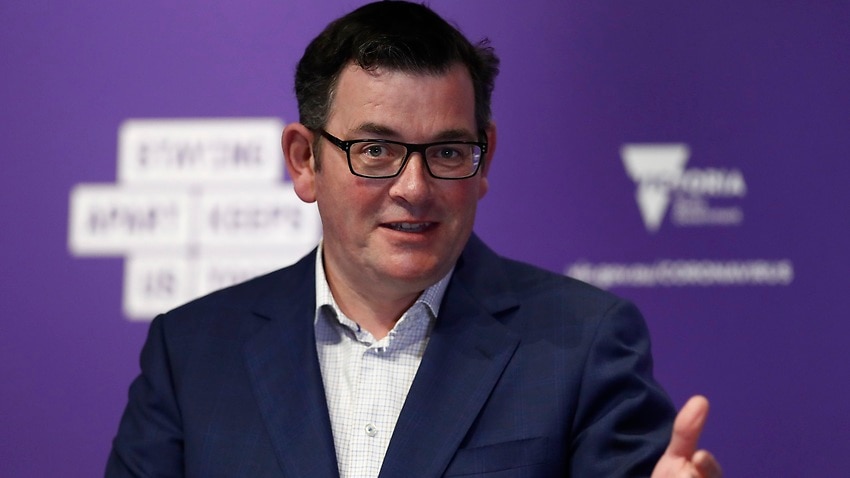 Victoria has a clean coronavirus sheet for the first time since 9 June, with no deaths and no new cases.

Melbourne's rolling case average is down to 3.6 and there are only seven mystery cases from 10-23 October.

The corresponding figures for regional areas are 0.2 and zero.

Yesterday there were no new cases and no lost lives reported. Cases with unknown source are down, as is the 14 day rolling average in Melb, this remains stable in regional Vic. There is more info here: https://t.co/eTputEZdhs#COVIDVicData pic.twitter.com/CcLKzwPQHk

But the family at the centre of Melbourne's coronavirus cluster is frustrated with health authorities, saying there had been mixed messages about when people could leave isolation.

A family member says the Department of Health and Human Services cleared the family to leave isolation two days before a child attended school while infectious, sparking the outbreak.

The family, which has asked not to be named, told The Age that the boy was not warned he should stay isolated.

Locked-down Melburnians are waiting for the outcome of more COVID-19 tests in the outbreak area before further rule easing is revealed.

After foreshadowing "significant" rule changes for most of last week, Victorian Premier Daniel Andrews hit pause on Sunday to await the results of more than 1000 key tests from the city's north.

Department of Health and Human Services testing chief Jeroen Weimar later confirmed no additional cases linked to the northern metropolitan outbreak had been detected among the 1135 test results.

Another 1400 new swabs from the area on Sunday have been taken to laboratories, with testing continuing into the evening.

Mr Weimar said about 250 close contacts had also been tested on Saturday, with a further 60 being followed up on Sunday.

Six of the seven infections reported on Sunday were linked to the cluster, which has swollen to 39 cases across 11 households.

Mr Andrews acknowledged the community would be frustrated by the "cautious pause" of 24 to 48 hours, but still hopes to unveil rule changes for Melbourne by Tuesday.

Former Victorian health minister Jenny Mikakos said Sunday's delay was "unnecessary" after hitting the five-case benchmark, and was evidence of "paralysis in decision-making".

Vic has met the under 5 threshold which some thought was unachievable. This was a very cautious target. 6/7 of new cases are related to a known outbreak so the risk is manageable. The set reopening is gradual & safe so any delay is unnecessary. It’s paralysis in decision-making.

Mr Andrews would not be drawn on her comments, while chief health officer Brett Sutton noted she and other detractors were not "in the tent".

They said the decision to keep businesses closed suggested the Victorian government did not have "sufficient confidence" in its contact tracing system to manage future outbreaks.

Read More
'All about the politics': Daniel Andrews hits back at Josh Frydenberg over Victoria's coronavirus roadmap

There was some good news for regional Victoria, however, with restrictions to be wound back for some businesses and activities from 11.59pm on Tuesday.

Meanwhile, the Victoria Racing Club announced that no crowds would be allowed for the entirety of the Melbourne Cup Carnival amid ongoing restrictions, although it remains in government talks to host a small number of owners.