All bush and grass fires across NSW are now contained for the first time since the bushfire season began, the Rural Fire Service says.

Firefighters have declared that all bush and grass fires burning across NSW are contained for the first time this bushfire season.

Heavy rain over the weekend helped extinguish many of the blazes and gave firefighters the upper hand battling the 24 fires still burning in the state's south.

The rain, which caused widespread flash flooding and storm damage, put out 30 fires on the weekend, the RFS revealed earlier this week.

The Lindfield Road fire - which had been burning through the Port Macquarie region for 210 days - was extinguished on Wednesday after burning through 858 hectares of which 400 were peat soils underground.

The Currowan fire burning in the Shoalhaven region was extinguished on Saturday night after burning for 74 days and destroying 312 homes. 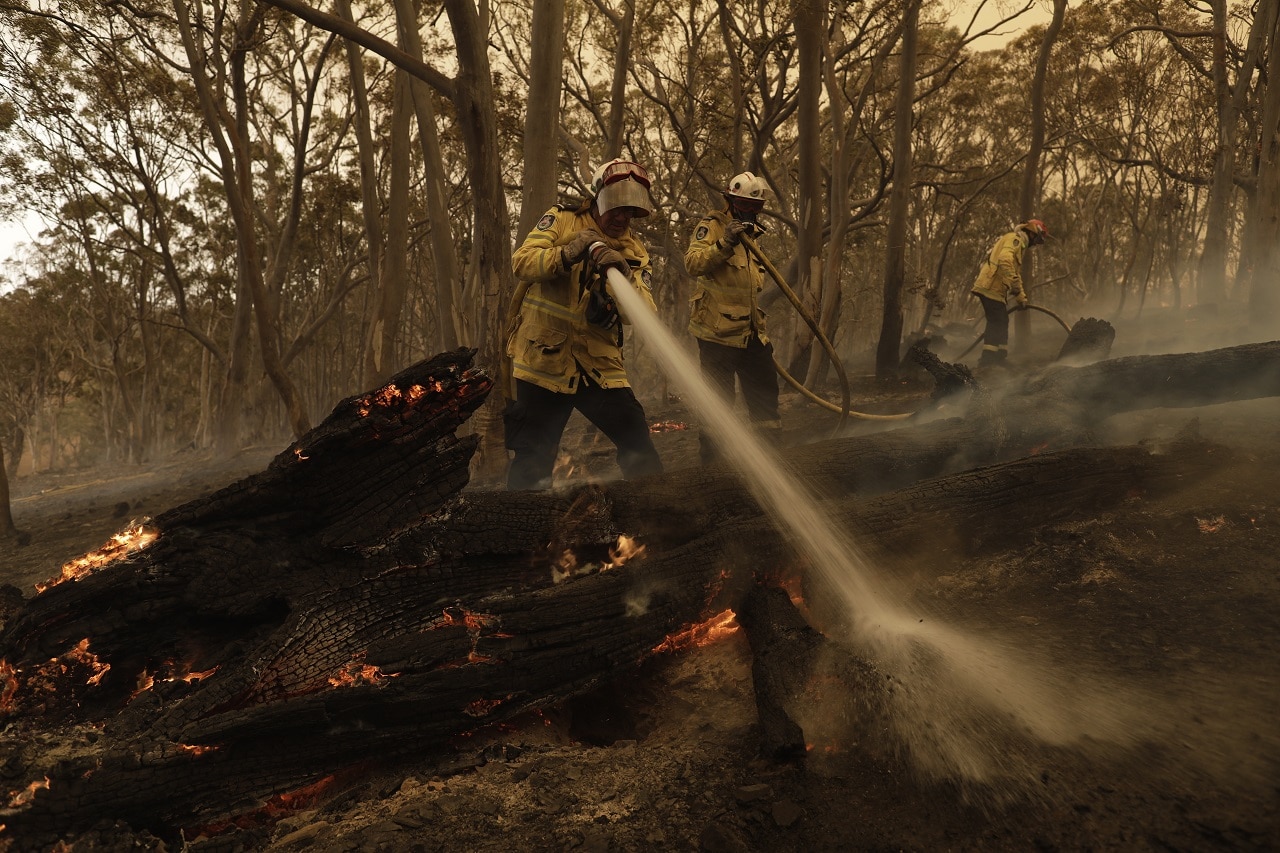 Members of the Sutherland Strike Force RFS contain a spot fire on a property in Colinton earlier this month.
AAP

Fires in the Snowy Valley and Monaro areas were the last to remain uncontained before Thursday afternoon.

The NSW Rural Fire Service on Thursday afternoon said the achievement followed a traumatic and exhausting season so far.

"All fires are contained so we can really focus on helping people rebuild," RFS deputy commissioner Rob Rogers said on Thursday. There were more than 11,000 bush and grass fires across NSW this fire season with around 5.4 million hectares burnt.

About 2,400 homes have been destroyed and 25 lives lost around the state.