Slavko Kalezic brought plenty of Eurovision energy to his Sydney performance on Saturday night, despite his jetlag.

The 32-year-old, who represented his country Montenegro at the 2017 Eurovision Song Contest and is known by his first name, entertained 200 guests at an Australian Eurovision official fan club preview party. Slavko told SBS News he was excited to share his emotion and art with the crowd.

“To continue to perform is the most beautiful gift,” Slavko said.

Slavko failed to win a place in the grand final of the singing competition last year, which was won by Portugal’s Salvador Sobral.

But he nevertheless wowed crowds in Kiev, Ukraine with his distinctive braid-twirling antics.

"For me braid is like a symbol of power, of strength and courage. 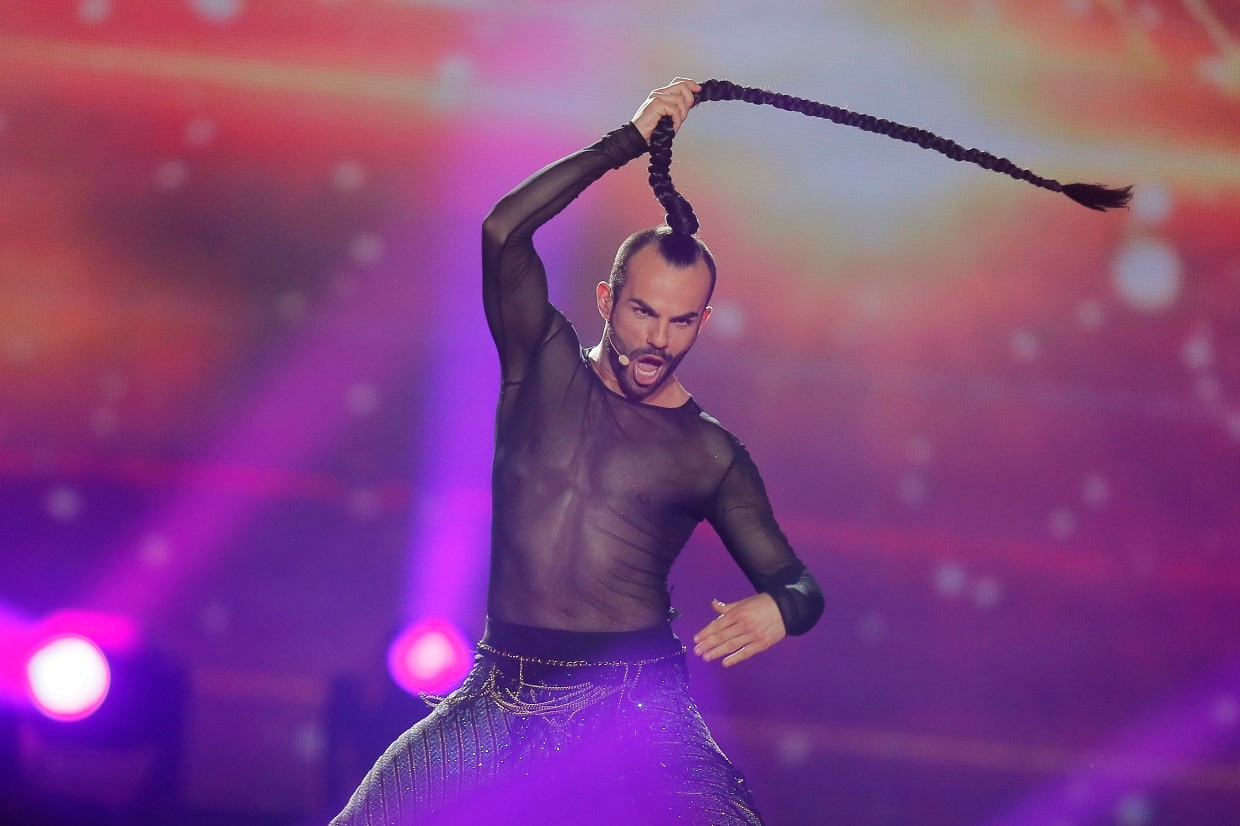 Slavko Kalezic performing at the Eurovision Song Contest, in Kiev in 2017.
AP

"When I put it on my head it's like another thing, it's like the artist in me, because I'm a professional actor, and I behave so strange in a positive way."

The 2018 Eurovision Song Contest is less than three weeks away, and will begin in Lisbon on May 8. “Throughout Europe there’s traditionally preview parties that happen each year and Australia is kind of getting in on the action,” committee president Paul Bostock said.

“So tonight is all about bringing the Eurovision experience to Australia so we can experience in person what we would normally experience at 5 o'clock in the morning.

Fans were also given the chance to get up close and personal with Slavko, who sang three songs, including "Space", which he performed in the Eurovision competition.

Many guests rocked their "worst" or "best" dressed costumes.

During the night, a surprise guest also entertained the crowd. Zoli Adok, who represented Hungary in 2009 in Moscow but now resides in Australia, sang his hit "Dance with Me."

In 2017, Slavko auditioned for the UK The X Factor. He made it to boot camp, but was eliminated from the competition soon after.

“I knew great things would happen after Eurovision and they did,” Slavko said.

"Before Eurovision I was a big fan.

"I love her song 'We Got Love' because it's a message of love and beautiful life."

Drawing on his own experience on the big stage, Slavko shared a message for all of this year's contestants.

"To use all the time to shine like a star," Slavko said.

"Think about themselves, to be concentrated, to be gathered on the stage, to share their talent and enjoy all the time."