A man demanding the release of Wikileaks founder Julian Assange has been arrested after scaling the face of Parliament House.

A man has scaled Parliament House shouting “free Julian Assange” as he grasped the coat of arms before being arrested by police.

The protester yelled “whistleblowers are not criminals” and “bring Julian home" in his attempt to draw public attention to the publisher's case.

Assange is accused of conspiring to hack the US government computers and violating espionage laws. The man shouted "Free Julian Assange" from the top of Parliament House.
AAP

The man later folded up his "Free Assange" banner and walked across to a rooftop balcony where he was taken into custody by waiting police.

He had told onlookers to send him up a sleeping bag as he intended only to come down once Assange was released by British authorities. 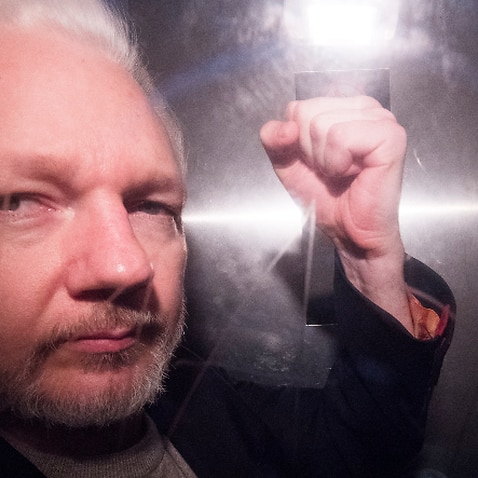 "Julian Assange has suffered enough and so has his family. It's time to end this geopolitical madness," Mr Wilkie said in a statement at the time.

"The man's an Australian. He's not an American. And he wasn't in the US when he spoke out about the war crimes.

"Put simply, he must be allowed to return to Australia." Julian Assange, in a prison van, as he leaves Southwark Crown Court.
AAP

Assange published a classified US military video in early 2010 showing a 2007 attack by Apache helicopters in Baghdad that killed a dozen people, which captured global headlines.

Assange fled to Ecuador’s London embassy in 2012, where he remained in exile for six years, to avoid US extradition and accusations of sex crimes in Sweden. 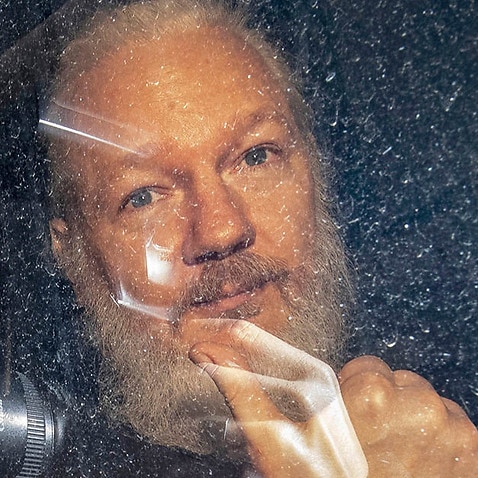 He has repeatedly denied the latter allegations, believing both legal pushes against him are politically motivated.

More recently concerns have been raised over his health with the internet publisher appearing confused in court and struggling to remember his name.

UN rapporteur on torture Nils Melzer accused the British government of 'outright contempt' for his rights.

In Senate Estimates, it was revealed Mr Assange had blocked Australian officials from offering him consular assistance on his case since 14 June.

His current jail sentence is for being found guilty of breaching bail for failing to surrender to a court in 2012.

With additional reporting from AAP and Reuters

‘Let’s end this uncivil war’: Joe Biden signs a slew of executive orders after entering the White House as US President

'The United States is back': World leaders congratulate Joe Biden and Kamala Harris during inauguration

From coronavirus to climate change, Joe Biden is set to immediately roll back a raft of Trump policies

Who is Amanda Gorman, the young poet who stole the show at Joe Biden's inauguration?