The path to Australia is rocky for many who come as refugees or asylum seekers, and trauma can stay long after they arrive. But Sydney service STARTTS is working to help them readjust to living a safe life.

Safety, peace of mind, protection and control over their own lives and bodies.

Refugees and asylum seekers come to countries like Australia seeking these basic but precious privileges.

They have survived untold horrors and traumas in their homelands and endured refugee camps to get to Australia.

But for many, the traumas of their past can tarnish their present, leaving them with a constant sense of fear.

The only way to allow them to truly settle into their new home is to retrain their brains.

That’s where services like the NSW Service for the Treatment and Rehabilitation of Torture and Trauma Survivors (STARTTS) come in.

STARTTS employs a highly successful blend of psychological, biological and social services to repair brains and bodies damaged by conflict and fear.

Neurofeedback is a relatively new technology that is being used to treat patients with psychological problems like trauma.

It encourages patients to actively retrain their brains to return to a more natural way of operation after years of constant fear and anger.

Senior neurofeedback and biofeedback team leader Mirjana Askovic told SBS News people could become locked in a permanent state of hyperawareness as a result of prolonged exposure to trauma.

“Clients stay alert after they come to Australia, even after settling they are still hypervigilant,” she said.

“They might have an inability to control emotion, easily scared, feeling really angry without knowing why, a really prevalent difficulty with sleeping and especially an ongoing feeling of fear.

“After a while they go into a dissociative state and become numb and they can’t feel any emotions; it’s the brain’s way of protecting them from the stress of being alert all the time.”

Ms Askovic said people in this state swing between periods of hypervigilance and a state of emotional and physical exhaustion and often present with the symptoms of deep depression.

'[In Iraq] we have many wars and [now] my brother gets scared in [his bedroom] and he’s not sleeping, he will get very scared.'

She said neurofeedback worked to retrain the brain to return to more natural circadian rhythms of arousal and relaxation, allowing people to relax in safe situations and to turn off their brains when they went to sleep.

Many STARTTS clients are suffering from multiple traumas and have survived torture and conflict.

“But there are much more sophisticated methods that can involve keeping people in a particular position for long periods of time.

“Other people survive being without food, without water, having loved ones killed or being tortured in front of them.”

Ms Bajraktarevic-Hayward said people had their teeth removed, children were deprived of their parents, like in South Sudan, and sexual assault was a common experience for both male and female victims.

Ms Askovic said watching clients regain control over their own brains and their traumatic experiences was amazing.

“When clients get it, it’s very rewarding and empowering for them,” she said.

“When you work with clients who have been through severe trauma you know it’s going to be complicated. But it is amazing when you can see how the brain is changing, sometimes before the client can see the changes."

STARTTS uses neurofeedback in conjunction with trauma counselling and community-based programs to ensure the changes in the brain are maintained.

One STARTTS client who experiences a feeling of constant fear is the 10-year-old son of Iraqi Mandaean refugee Jalal Khussaf, who came to Australia with his family in 2013. 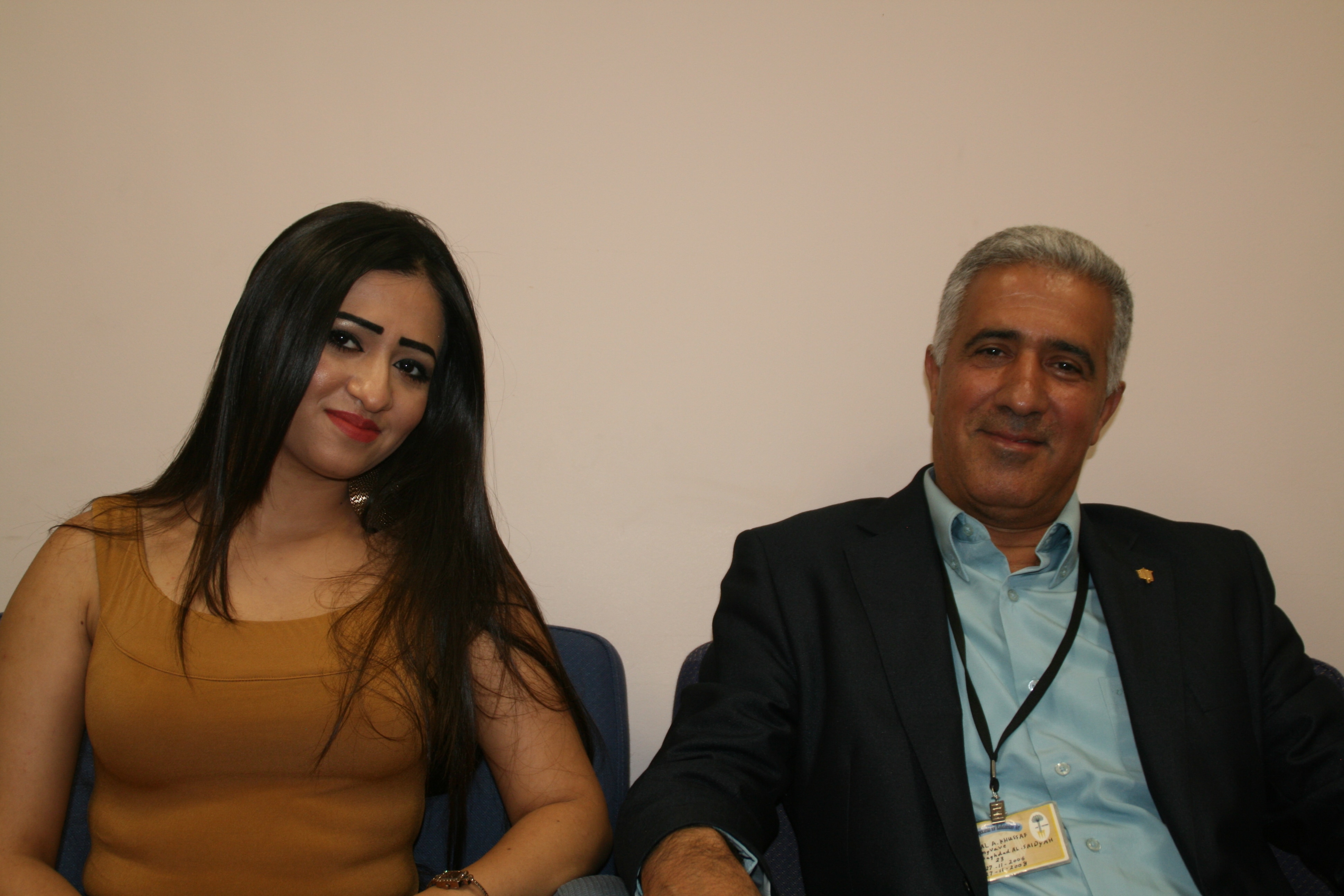 The Mandaean people are a religious minority in Iraq that follow the teachings of John the Baptist.

Traditionally jewellers, as Mr Khussaf was, they are often the target of kidnapping for ransom, among other traumas.

Mr Khussaf’s son is receiving counselling at STARTTS to help him deal with what he experienced while he was still living in Iraq.

“My son couldn’t sleep when we came to Australia in 2013,” Mr Khussaf told SBS News.

“He is receiving counselling so he can relax.”

His daughter, Dalya Azeez, said their life had been hard in Iraq.

“[In Iraq] we have many wars and [now] my brother gets scared in [his bedroom] and he’s not sleeping, he will get very scared,” she told SBS News.

“He got shot in the arm in Iraq.

“My little brother can’t go out by himself and he wants to stay in the room with my parents.”

Mr Khussaf said his son was slowly getting better with the help of counselling, as well as programs that encouraged him to play music and football.

Intake trauma counsellor Oula* said many refugees had unrealistic expectations of what a life in Australia would mean.

When these expectations are not met, the traumas in their past can overwhelm them.

“Many refugees have been through a long process to arrive here, so they see Australia as a dream land and they think when they arrive here everything will be fixed and it’s like a heaven and there won’t be any worries,” she told SBS News. 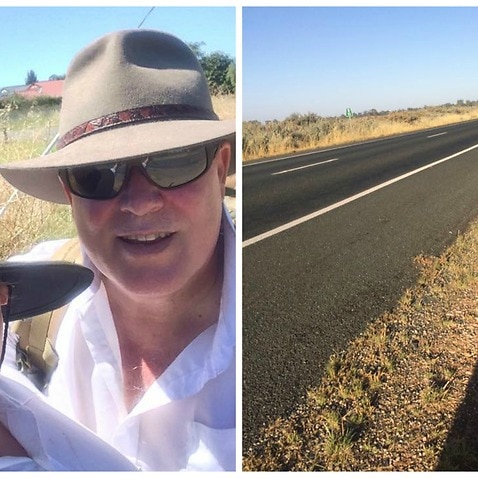 Oula, herself a Syrian refugee who counsels people in Arabic, said the combination of multiple traumas made it difficult for refugees to adjust to life in Australia.

“They might have a car accident and they’re injured, then tortured and you see dead bodies around you, to flee your country – every day there is a trauma,” she said.

“Our main goal in trauma counselling, a big part, is just to let them feel comfortable in Australia.”

Ms Bajraktarevic-Hayward said inclusive activities were an important part of getting clients to trust strangers again and to enjoy being with other people.

“A lot of STARTTS’ work focuses on building social capital,” she said.

“A lot of programs are about helping people develop positive relationships and getting young people to be less socially isolated."

Ms Bajraktarevic-Hayward said STARTTS helped migrant community groups organise events and groups like sporting teams to encourage people to come together and help each other settle in.

STARTTS also runs group counselling sessions and cultural transition programs and works with schools so people can feel more at home as quickly as possible.

Art, music and physical activity are also used to help clients acclimatise to life in Australia.

“A lot of times people come for the groups when they don’t come for individual counselling,” she said. 'It's like developing another suburb': Fairfield calls for support to settle thousands of refugees

“It breaks down barriers associated with seeing a counsellor.”

Ms Bajraktarevic-Hayward said STARTTS staff adapted their approach to clients depending on where they were from – something that had changed often over the centre’s 30-year history.

“It started in the 90s with people from the former Yugoslavia and then there were people from central Africa and now we have people from the Middle East, the numbers from Iraq and Syria are quite high and there are still a lot from Burma, like the Karen and Rohingya people,” she said.

From its humble beginnings in 1998, STARTTS has grown to a staff of about 250 people.

In 2016 STARTTS helped more than 3500 clients, most of with came from Iraq, followed by Iran, Syria, Afghanistan and Sri Lanka.

STARTTS is now undertaking formal research to map the changes neurofeedback can make in a person’s brain, particularly in combination with trauma counselling and community-based activities.

Ms Askovic hopes this will allow other clinics to use the technology in a similar way to help people suffering the after effects of trauma.

*Oula's surname has not been published at her request. 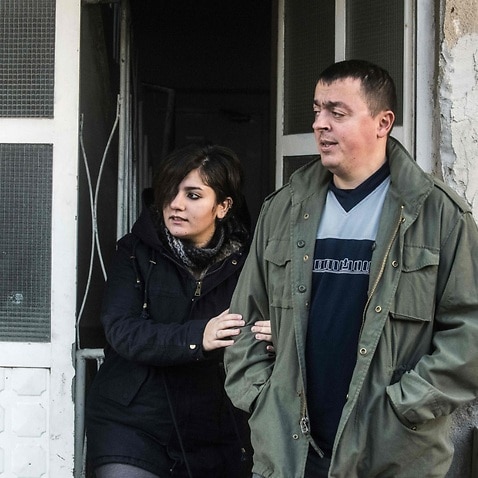 'It was destiny': Macedonian cop, Iraqi refugee wed after meeting on border 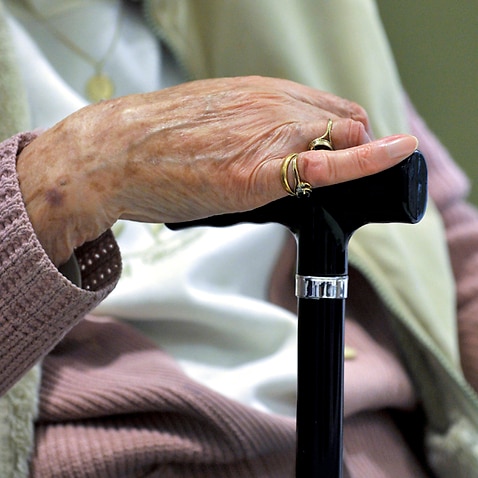 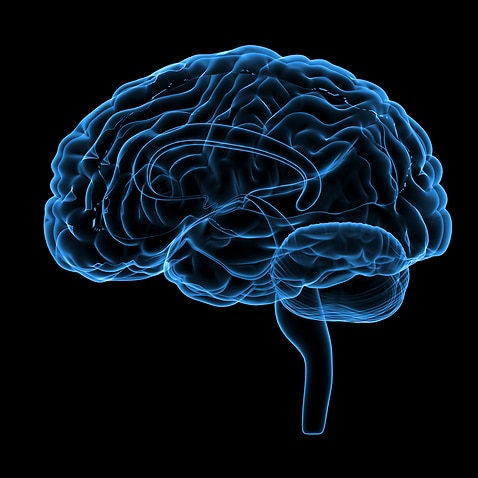 Everyone's different: what parts of the brain make our personalities so unique?