Determined to make a difference in his newly adopted country, Arsene Bounda has recently graduated from Victoria's police academy.

It's early in the morning and Constable Arsene Bounda has arrived at the Moonee Ponds police station for his shift.

Zipping up his protective vest, and securing his cap, the 42-year-old prepares to hit the beat in Melbourne's northern suburbs.

It's been a long road.

As a newly arrived refugee from the Democratic Republic of Congo, he previously picked fruit, but as a Victorian law enforcement officer he fights crime.

He said his motivation has always been to help others. 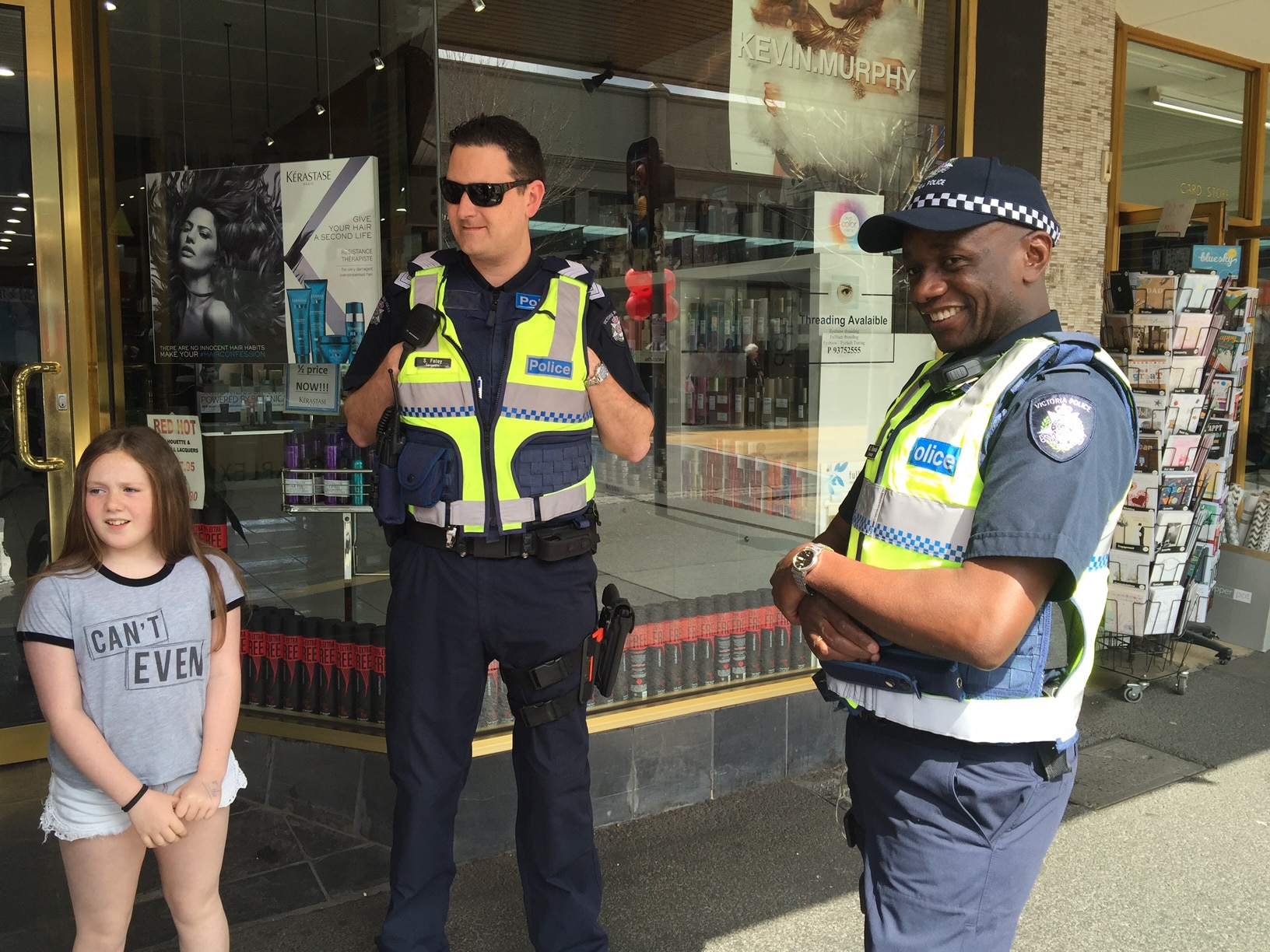 "I thought of the police force not only for myself, for my kids later on and also to inspire others, mostly young African-Australians," he said.

Constable Bounda remembered his first encounter as an officer, with a young African-Australian boy.

It was a positive reaction, one he hoped to get from others in migrant communities.

Walking down one of the main streets in Moonee Ponds, north of Melbourne, a little girl with curly blonde hair runs up to Constable Bounda asking for help to find her mum.

The crisis was over in minutes as the mother rounded the corner, but Constable Bounda said it was a small act of trust from the youngster, which may not be shown by other newly arrived migrants who may have experienced negative police actions in their country's of origin.

"Most of us, we have bad experiences with the police or military in our country of birth so most of us when we come here our first reaction is to think the police are bad," he said. 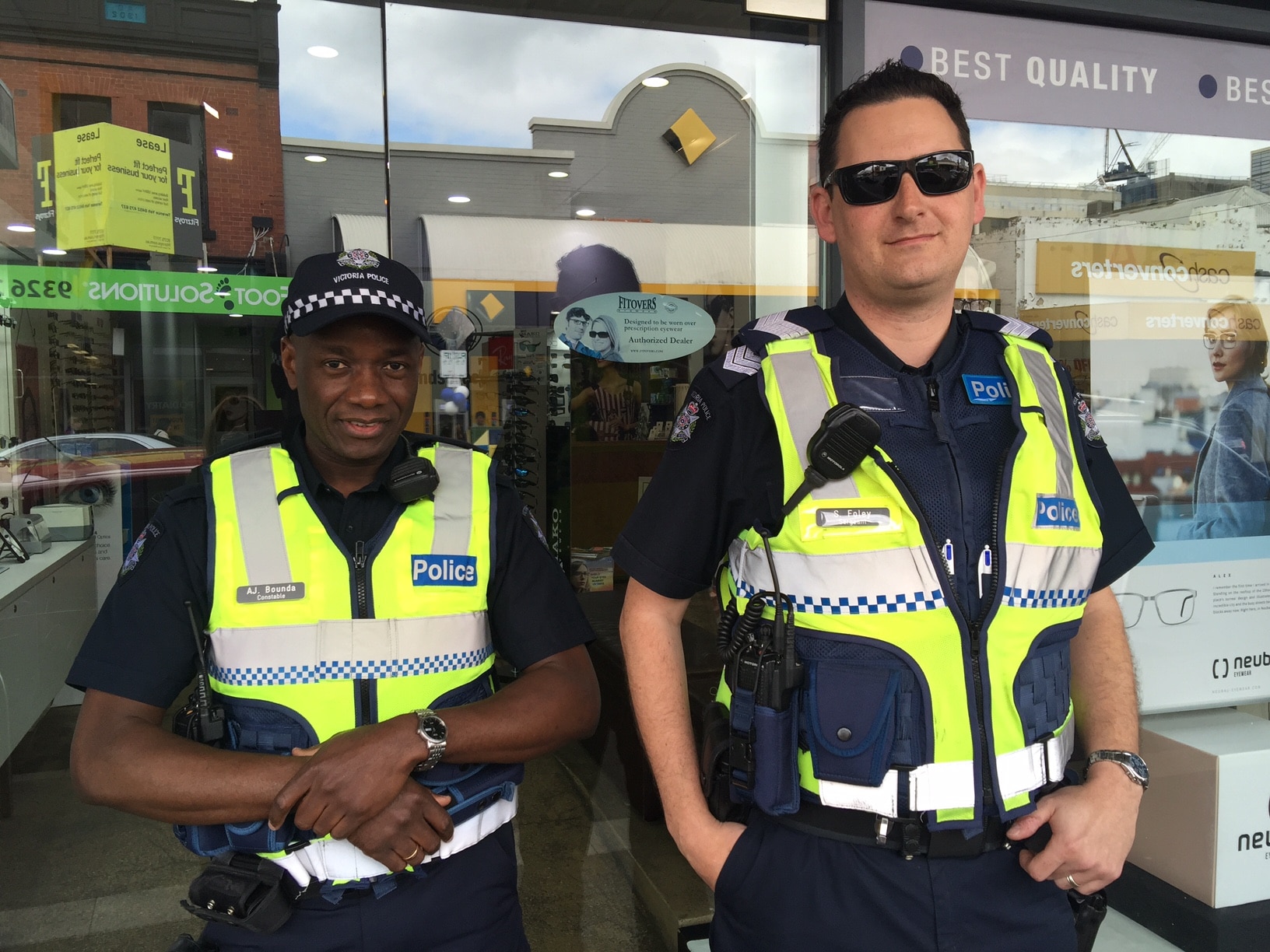 Working highway patrol, Constable Bounda said he once intervened when his partner - of Anglo-Saxon heritage -  was accused of racial profiling by an an African-Australian driver.

"It's too easy to accuse people of being racist, he was just doing his job, so I said to him firstly you can apologise to him then you can call me brother," he said.

Victoria Police has about 50 officers of African heritage in it's 15,000 sworn members, and it's a figure they're trying to increase.

Berhan Ahmed of the African Think Tank said improving diversity in the police force was vital to improving trust with Australia's migrant communities.

It's a plan already in the works.

Information sessions for potential migrant recruits are being held across Melbourne. 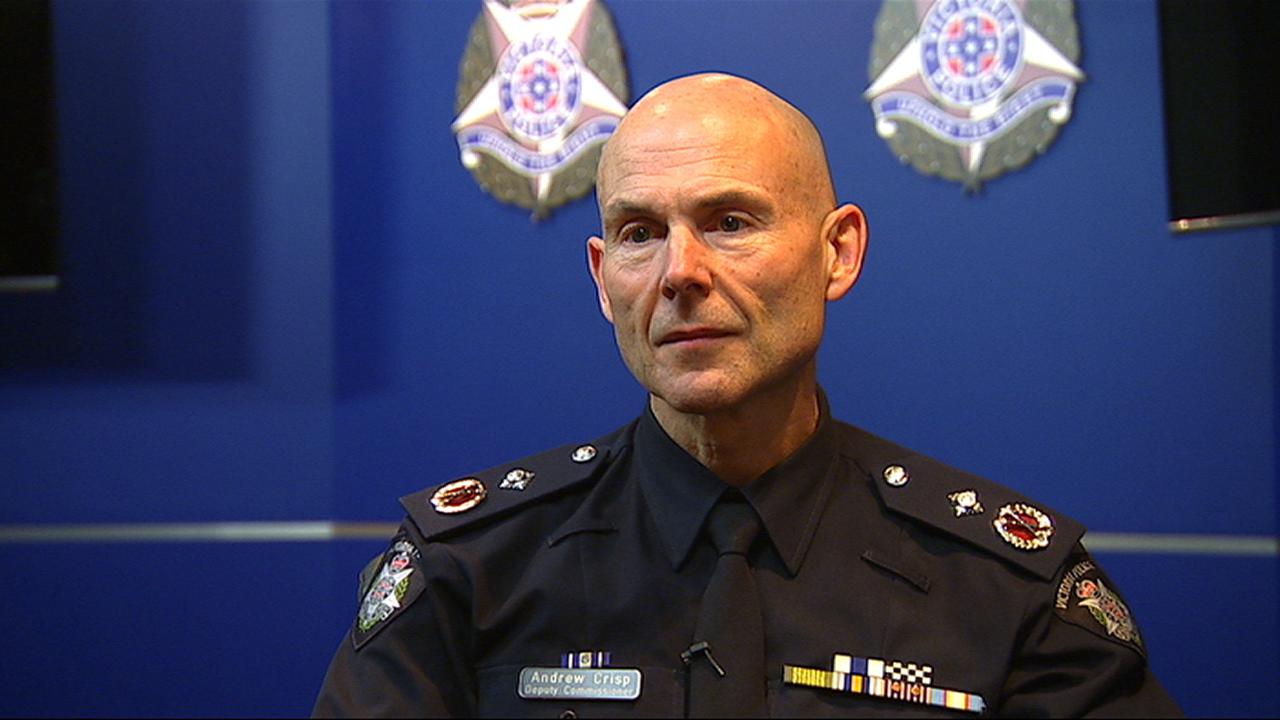 "It actually provides an opportunity for other police members around the mess room table to talk to someone like an AJ [Bounda], understand his life journey, which actually helps them be more empathetic in dealing with people in the community," Mr Crisp said.

Constable Bounda hopes many others will follow in his footsteps.

"When you have a role model then you can develop a can-do attitude, you say I can do it," he said.

An attitude he hoped would lead to a promotion to the rank of sergeant, as he continues to inspire communities of all backgrounds. 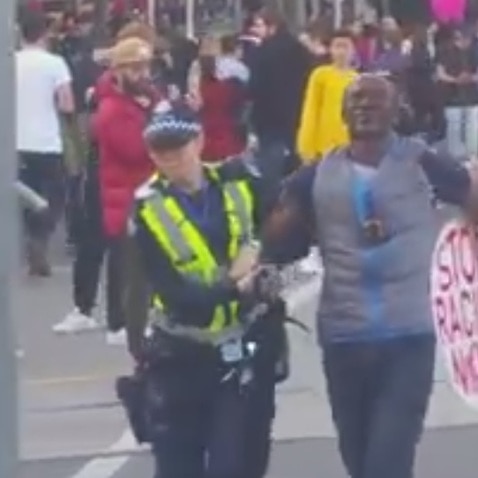