Labor announced its energy plan on Thursday, with climate change action as a central component. But does it stack up?

Labor's new $15 billion energy plan has been met with both praise and criticism from climate change experts and advocacy groups.

On Thursday, the party announced a raft of climate change measures it would introduce if elected, including subsidising 100,000 household batteries to store energy from solar panels and doubling the original $10 billion capital of the Clean Energy Finance Corporation.

It reaffirmed a 45 per cent emissions reduction target and 50 per cent renewable energy target by 2030. It also intends to put a version of the National Energy Guarantee (NEG) - the government's dumped energy policy - back on the table. 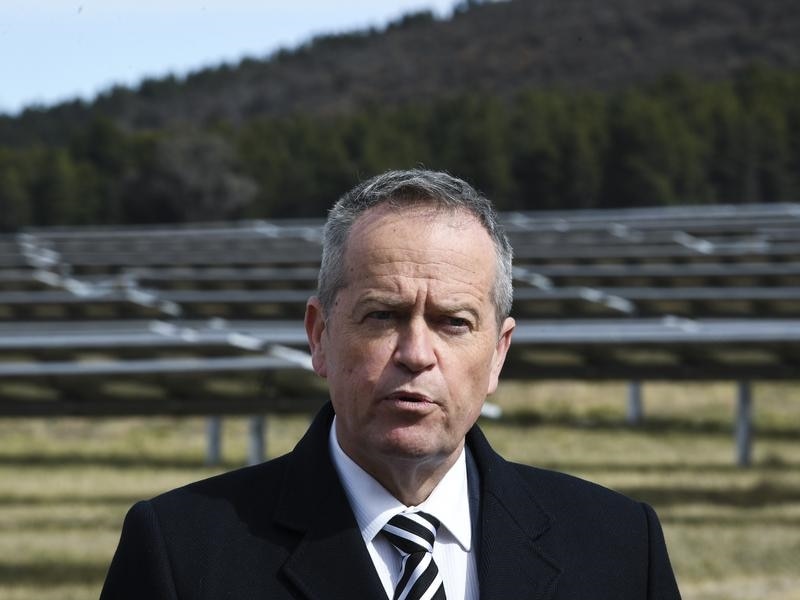 Internal divisions within the Coalition saw the demise of the NEG in August but it remains committed to its emissions reduction target of 26 per cent by 2030.

Today I have outlined Labor’s plan to fix the Liberals’ energy crisis and deliver more renewable energy and cheaper power for Australians. Head to https://t.co/sGuq97MiIK to find out more. pic.twitter.com/W4IxUfGVLJ

"Labor's policy zooms ahead of the Coalition. This investment would be a huge boost for renewables and jobs and would cut power prices," she said.

"[The Clean Energy Finance Corporation] provides loans to the private sector. This innovative approach means the Australian public gets a dividend from investing in our future," Ms McKenzie said.

She also said the 100,000 batteries element will "provide a tangible benefit to Australian families". Director of the Australian National University's Energy Change Institute Professor Ken Baldwin said Labor had "laid down the gauntlet to the Coalition to create a bipartisan approach to aligning climate and energy policy, which has been in disarray for over decade and created barriers to energy investment".

“But Labor has also shown it is prepared to go it alone and use the Clean Energy Finance Corporation to underwrite investment in key energy infrastructure."

"Labor's policy includes important measures that will continue to drive the penetration of clean renewable energy into Australia's power system." But, she said, "neither major party has yet documented how it will accelerate the transition away from burning and exporting polluting coal consistent with the recommendations of the world's leading scientists working through the Intergovernmental Panel on Climate Change."

"There are only a few critical years left to start making the necessary deep and rapid cuts to pollution to ensure this climate damage doesn't get significantly worse."

Greenpeace Australia Pacific was far more critical than other groups, calling the energy plan "half-baked" and "a seriously inadequate policy".

The group advocates "setting out a path to 100 per cent renewable energy" and tweeted that Mr Shorten's energy policy was "bullsh*t".

"We need a plan that will allow us to begin closing Australia's coal-fired power stations and accelerating the electrification of transport - and we need that plan to start having impact straight away. The ALP's proposals will not do that."

"The Labor Party's proposal is to roll out renewable energy projects slowly - ensuring decades more of dirty coal-fired power generation that poisons our water and air and is the principal cause of climate change. And we simply don’t have time for that."

Labor's renewables plan is good for households, good for the economy & good for the environment. Find out more: https://t.co/ETMDzQjlGM #auspol pic.twitter.com/Eq9Cf8WWPQ

The Coalition has slammed the plan, with Prime Minister Scott Morrison saying it was "five times worse than the carbon tax".

And he said the idea of getting batteries into homes would fail like Labor's home insulation scheme, which was cut short when four installers died.

"We have gone from pink batts to pink batteries. They never learn from their mistakes, the Labor Party."