A report has revealed the faith-based practice still exists and is causing trauma for those subject to it.

Benson Andrews was just hitting puberty when he started to realise he was attracted to men.

Because he strictly followed the Christian faith, the Melbourne man felt he needed to do something about it.

“I reached out to a youth pastor at the church and I believe the language that I used at the time was, 'I'm struggling with my homosexuality',” he told SBS News.

Mr Andrews, now 29, put himself through so-called 'gay conversion therapy' in the hope it would make him attracted to women. The report confirms religious conversion therapy and related practices are pervasive in many faith communities.
Supplied 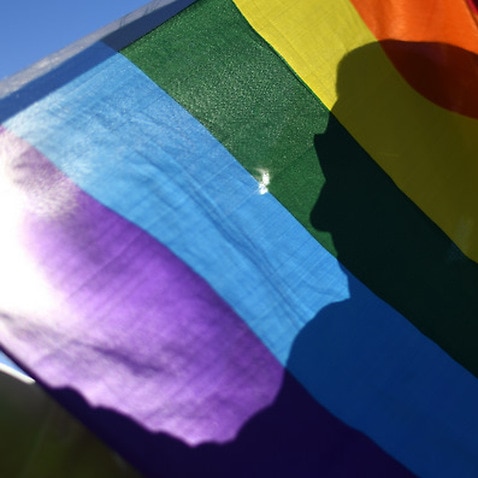 Scott Morrison says gay conversion therapy 'not an issue for me'

At the time he hadn’t had sex or even engaged with his sexuality but said he knew there was something within him “that wasn’t correct.”

“I felt like I was sort of sitting on a landmine, you know, I was dangerous. I knew there was something that needed to be changed.”

The first report of its kind in Australia, it estimates up to 10 per cent of LGBTIQ+ Australians are still exposed to conversion therapy.

The centre claimed the therapy occurs across a range of faiths and is harming lesbian, gay, bisexual and transgender people. At least 10 organisations in Australia and New Zealand currently advertise the provision of conversion therapies. Anna Brown, the law centre's director of legal advocacy, said it happens away from the attention of many Australians.

The report comes amid a discussion about religious freedoms in Australia and how far they should go.

Mr Andrews first undertook informal therapy, where he was mentored by those within the church community.

After some time, he and the church officials realised it wasn't working. That was when he started more formal therapy.

His therapist even started making him believe it was the fault of his parents, claiming his mother influenced too much of his life and that made him “more of a feminine boy”.

The therapist also told him he was attracted to men because he did not get the love he needed from his father. Today, Mr Andrews maintains a good relationship with his family, but he said the experience left him feeling traumatised and he still experiences night terrors.

The experience meant having to reject the church.

“It was a decision between being gay and being in good faith with God,” he said.

“The idea of the therapy was; God can do this, God can heal you, God has a plan for you, but if you don't do the hard work, if you don't keep up good faith, if you stay in contact with queer friends, if you engage in sex, if you look at pornography, if you even let yourself thinking about a boy or checking out a guy, all of those things are opening doorways for the devil to have a hold in your life.”

Ms Brown said the report found many others had similar experiences.

They had therapy in the form of faith-based counselling or pastoral activities, focusing on the belief homosexuality means an individual is broken and needs to be repaired. She said it was common for individuals to then reject their faith.

Many individuals also feel self-hatred, loneliness and begin thoughts of suicide, among other issues, she said.

Will it be banned?

The report recommends adults should be allowed to continue to seek faith-based guidance about their sexuality if they wish because legislating against it would limit religious freedom.

But, it says, the issue is with those who do not wish to go through the therapy, particularly children, often forced into it by religious institutions or their parents. Federal parliament votes on changing the Marriage bill in 2017.
AAP

Ms Brown said Australia has been proactive in moving to ban the practice but more must be done.

“Compared to jurisdictions across the world, Australia already has some protections against conversion therapy but we need to have stronger laws as well as education, awareness raising and support for survivors.”

But she acknowledged law reform is only part of the picture.

“We don't want to drive these practices further underground and we know that real cultural change comes with supporting faith-based communities, working in partnership with them to recognise the harm these practices are occurring and finding a way for their pastoral care of LGBT people to support and protect them”, she said.

Mr Andrews is hopeful that the practice will be outlawed one day.

“At first I thought, 'this is it, I'm giving up on the therapy, I'm accepting this gay life and I know that I'm accepting it', I thought that I was accepting a counterfeit version of wholesomeness,” he said.

“Once I got over that feeling it was a sense of relief, because I didn't have to keep pretending that I was trying to be straight anymore. I knew the therapy wasn't working, I knew that it was harmful.”