Same-sex marriage is legal in the state where Alray and Brennen live, but not on the reservation they call home.

And the words of elders are treated as gospel.

But ahead of the US midterm elections on 6 November, national debates over same-sex marriage within indigenous communities are prompting the country’s largest Native American tribe to have a rethink.

Alray Nelson and Brennen Yonnie have been in a relationship for seven years.
Kirsty Johansen

Eleven sovereign Native American tribes have bans on same-sex marriage. But a 2005 tribal law called the ‘Dine Marriage Act’, which prohibits same-sex unions on the Navajo Nation’s reservation, is being re-examined.

The Navajo Nation, with a population of more than 350,000, has its own elected government, with a president, a legislative house and a judicial system. But the US federal government continues to assert plenary power over all decisions.

Despite same-sex marriage being legalised across the US in 2015, the Navajo government still kept the Dine Marriage Act in place. Alray Nelson, 32, and his partner Brennen Yonnie, 33, have been in a relationship for seven years and want to get married.

Mr Nelson, a gay rights activist, says the law denies same-sex couples the right to be included in decisions on a partner's health care or to share in a home lease.

“I always saw our nation and our people as progressive thinking, forward thinking but this particular issue is tough,” said Mr Nelson.

I always saw our nation and our people as progressive thinking, forward thinking but this particular issue is tough.

Getting a marriage license would only require a short drive to a courthouse off the reservation, but the couple, both enrolled Navajo members, would rather wait until it is allowed on the reservation.

Mr Nelson grew up in a mobile home on the reservation, with no electricity or running water. He came out in an email to his family in his early 20s, was largely accepted, and soon became a powerful force in reservation politics.

He started the organisation Dine Equality to rally support for the law to be changed but says it has been a hard journey.

“We dealt with a lot, whether it was criticism on social media, to people coming up to us and seeing our story in the newspaper and telling us why they reject or they disagree with what we are doing. Bringing this, I guess you could say, white man’s mentality and lifestyle onto Navajo Nation.” 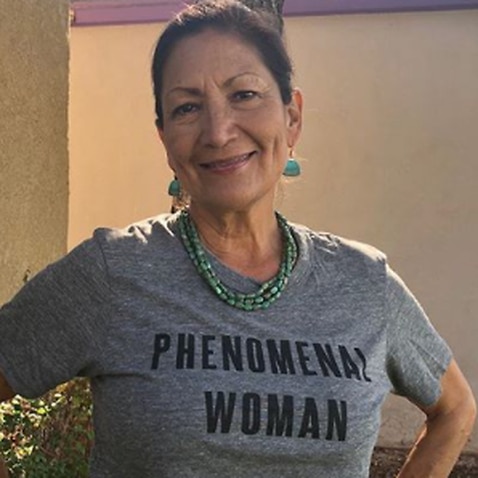 The rates of suicide, homelessness and sex trafficking within the LGBTQ Navajo Nation are rising every year, he says.

“Navajo youth who identify as LGBTQ are eight times more likely to take their own lives than a white youth,” he said.

“There’s a real threat right now for our young people to be part of this lost generation.” Former two-term Navajo president Joe Shirley Jr. vetoed the marriage act when it was introduced in 2005, but it was overturned by a super majority of the Tribal Council.

He is running for Navajo President again in the midterms and is a favourite to win. He says repealing the law would be his first priority.

“I don’t think any grandparent out there, parents, want to see their children … abused, discriminated against. It hurts,” he said.

“We need someone out there to speak their language, to explain what’s going on, and then ask them the question ‘what can we do about it?’” Could the US midterm elections break Trump's presidency?

Sixteen votes on the tribal council are needed to repeal the law. Mr Nelson says there are 14 people currently in support.

Mr Yonnie says he and Mr Nelson are planning a spring wedding next year so hope after the election the law will be changed quickly.

“We have been fighting this for quite some time and to finally receive it would be closure on my end,” he said.

“I would have everything I ever wanted in life.”