Cardinal George Pell's legal team has accused a magistrate of bias and questioned whether a police investigation into allegations he committed historical sexual offences was a "get Pell operation".

They have also accused detectives of tunnel vision and being determined to charge Australia's most senior Catholic despite evidence that might show the alleged offences didn't happen. 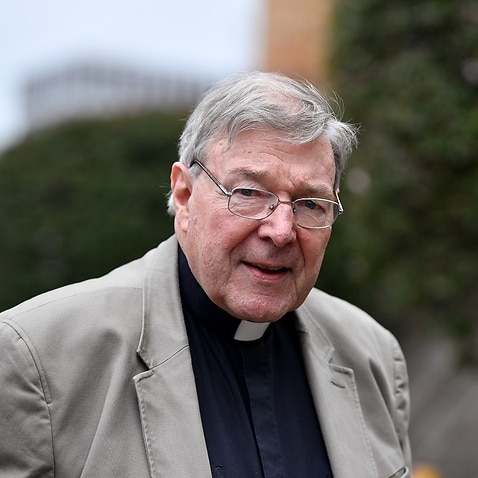 Barrister Robert Richter QC told Melbourne Magistrates Court on Wednesday that Tethering started as an operation looking for a crime when no crimes had been reported.

Detective Superintendent Paul Sheridan said it was an "intel probe" to see whether there were unreported serious crimes.

"Operation Tethering, that wasn't a 'get Pell' operation was it?" Mr Richter asked.

Supt Sheridan responded: "I guess you could term it the way you did but I wouldn't term it that way".

"If they're tunnel-visioned and determined to proceed to charges, they wouldn't turn their minds to the sort of questions that might show that it didn't happen," Mr Richter said.

Supt Sheridan said he did not accept that. "It would be horrible if they decided not to pursue an obvious line of questioning because he was afraid that the answer might destroy his case," he said

"I'd agree with that," Supt Sheridan replied.

The barrister then suggested "bombshells" from another complainant were impossible given the timeline of events.

During a legal argument with magistrate Belinda Wallington, Mr Richter accused her of bias.

"I apply that your honour disqualify herself from further hearing this matter on the basis of a biased view of the evidence," he said.

"Your application is refused," she replied.

Pell denies the charges and is facing a committal hearing to determine if he stands trial on multiple charges.