A German charity ship has rescued 64 migrants stranded off Libya.

A German charity rescue ship has picked up 64 migrants, including women and children, stranded off Libya while trying to cross the Mediterranean and enter Europe.

The Watch the Med association said it received a call for help from the stricken inflatable at around 8.30am (GMT) on Wednesday.

"The authorities were unreachable," Watch the Med said of the Libyan coastguard charged with search and rescue operations in the zone off Zouara. Migrants on a rubber dinghy are approached by the Sea-Watch rescue ship
Sea-eye.org

Instead, German charity Sea-Watch's Alan Kurdi rescue vessel, named after a Syrian boy whose body washed up on a Turkish beach in 2015, went to rescue the migrants.

"They're all safe and sound on board our vessel," Sea-Eye said.

"The Libyan coastguard is not answering or rescuing." 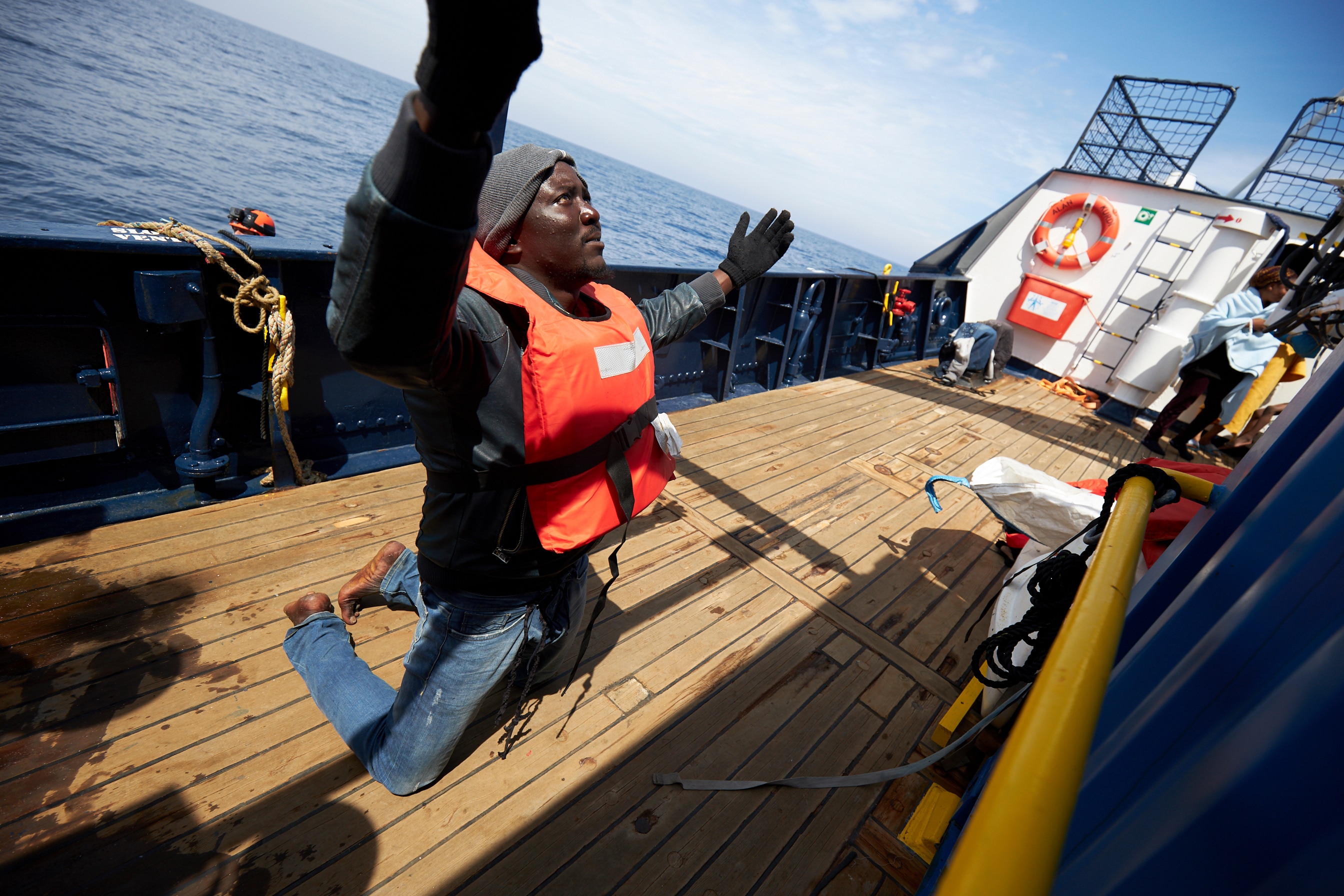 A man prays on the dock of the Sea-Watch rescue ship
Sea-eye.org

"A German-registered vessel, a German NGO, a German ship owner and a skipper from Hamburg - best it heads for Hamburg," said Salvini.

Italy's tough line on the issue has seen many boats that pick up migrants making the perilous journey across the Mediterranean increasingly return them to chaos-wracked Libya.

But there they face trafficking, kidnap, torture and rape, according to the United Nations and aid groups. Migrants stand on the dock of the Sea-Watch rescue ship
Sea-eye.org

Watch the Med said it had received distress calls from two other vessels which had left Libya in recent days with a total 91 people aboard.

The Italian coastguard said on Tuesday they had information on the second of the two and had passed on the information to their Libyan counterparts.

But according to the International Migration Organisation (OIM) there was "still no news" of either, despite the Alan Kurdi vessel spending several days searching the zone.

"Sadly, that confirms the search and rescue capacities in the Mediterranean have dropped and must be ratcheted up," OIM spokesman Flavio Di Giacomo said.

What senior Australians need to know to avoid getting scammed online