As NSW premier, Gladys Berejiklian was behind a push to revise analysis of a funding proposal from Wagga Wagga MP Daryl Maguire, a corruption inquiry has heard. 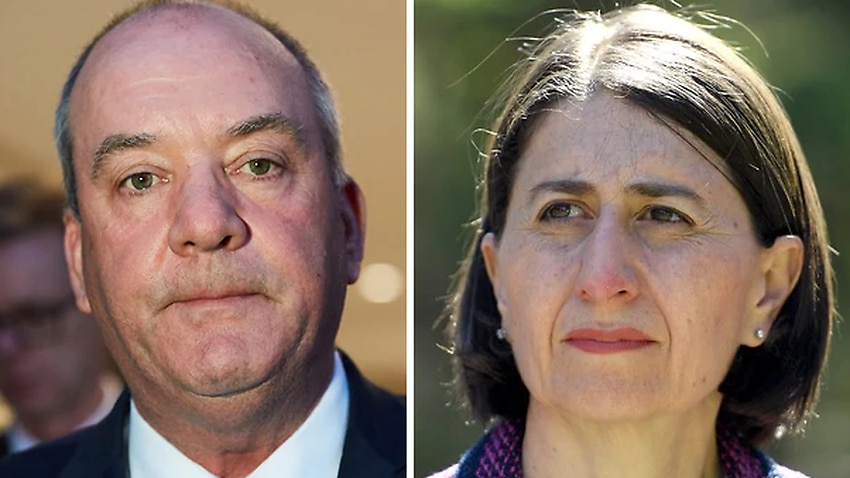 Former premier Gladys Berejiklian was instrumental in ensuring a regional NSW shooting club got a $5.5 million grant her secret lover was lobbying for, despite multiple public servants recommending against it, a corruption watchdog has heard.

After first ensuring the proposal made it onto the agenda of Cabinet's powerful expenditure review committee, Ms Berejiklian pushed for the revision of an unfavourable business case assessment, public servants have told the Independent Commission Against Corruption.

Ms Berejiklian was in a clandestine relationship at the time with local MP Daryl Maguire, a fervent proponent of the Wagga Wagga shooting club upgrade.

The ICAC is investigating whether the former premier's failure to declare the relationship constitutes corrupt conduct.

Mr Maguire had already issued a press release declaring the $5.5 million grant would be made, by the time public servants concluded in 2017 it was not worth the cost to the public.

They gave the proposal a benefit-to-cost ratio score of 0.88 after engaging external consultants to develop the "unsatisfactory" business case the Australian Clay Target Association had put forward.

It needed to score 1.0 or above to qualify for the grant funding.

But that was not the end of the road for the clay shooting facility.

Instead, Department of Regional NSW Deputy Secretary Chris Hanger says he heard from then deputy premier John Barilaro's office that he "needed to revisit the business case".

He understood that request ultimately came from the premier's office, Mr Hanger told the Independent Commission Against Corruption on Thursday.

Chris Hanger returns during a break at the ICAC hearing. Source: AAP

"I was clearly of the impression that the premier's office and the premier wanted that business case revisited," Mr Hanger said.

Asked by counsel assisting the inquiry Scott Robertson whether he "understood the request was made to see if the benefit-to-cost ratio could become a one?", Mr Hanger replied, "Yes".

"You understood that the request was made by the premier herself?", Mr Robertson asked.

The ratio was eventually revised to a 1.1, qualifying the association for the multi-million-dollar grant.

The project had earlier been approved by Cabinet's expenditure review committee after Stuart Ayres, now the deputy Liberal leader, began to advocate for it in 2016.

Bureaucrats at the NSW Office of Sport had previously dismissed it as "low priority" as it would be in competition with a state-owned facility in Sydney.

The inquiry is focusing on Ms Berejiklian's role in the shooting club grant as well as millions of dollars promised to the Riverina Conservatorium of Music.

Mr Maguire issued a press release in February 2018 announcing the conservatorium would be moving to Wagga Wagga, where a "world-class music recital space" would be developed.

Mr Hanger told the commission on Thursday that at that time the conservatorium had not secured the site and there was no allocation of funds to develop a recital space.

In mid-2018, Mr Hanger was told to find a funding stream that could support the $20.5 million development of the recital hall so that Ms Berejiklian could announce it during the Wagga Wagga by-election campaign prompted by Mr Maguire's resignation.

While the funding was announced, the project failed a grant approval test and the money was later returned to the funding pool.

Ms Berejiklian, who denies any wrongdoing, will give her version of events when she gives evidence to the inquiry on Thursday and Friday next week.

She resigned as premier on 1 October when the ICAC revealed she was the subject of a probe, saying the situation made her position untenable.

Mr Maguire has been called to give evidence on Wednesday.