Legislation to reinstate a controversial licensing scheme for music festivals will be introduced by the NSW government as Premier Gladys Berejiklian continues to rebuff calls to introduce pill testing.

Ms Berejiklian said the laws would restore requirements for high-risk music festivals to prepare a safety management plan, but would only apply to 11 of more than 90 events across the state.

Last month the scheme was disallowed after a vote in the state's upper house.

"Out of the 90 odd music festivals we hold across the state, for the vast majority it's business as usual - they do a great job and we encourage people to go and support those wonderful festivals. 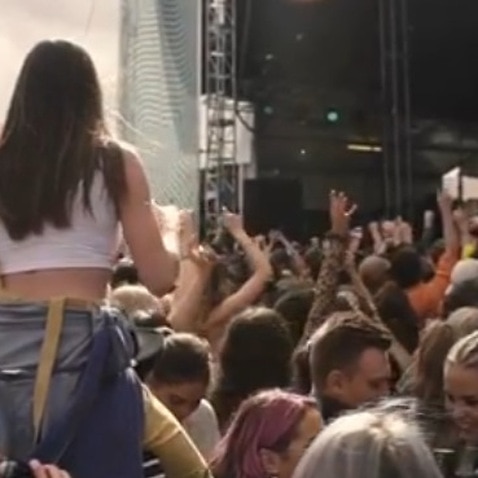 The announcement comes a day after the leaking of draft recommendations from a state coronial inquiry, which called for medically-supervised drug checking to be introduced at NSW festivals.

Coroner Harriet Grahame's recommendations, published by News Corp Australia on Tuesday, also calls for a Dutch-style permanent drug-checking facility to be established in NSW and for strip searches be restricted to those revellers reasonably suspected of supplying drugs.

But Ms Berejiklian again expressed her government's opposition to pill testing, saying "we think it gives people a false sense of security".

"Our heart goes out to families who've lost a loved one under these circumstances, but unfortunately it's been found that (it's) the pure drug, it's pure MDMA that is killing young people, and we would say to young people do not take these drugs because you or your loved ones could suffer as a result," she said. Adriana Buccianti is calling for pill testing to be introduced at festivals after her son, Daniel, died after taking drugs at Rainbow Serpent in 2012.
change.org

The state government in February forced some festivals to meet stringent health and safety regulations following five drug-related deaths in as many months.

NSW festivals deemed to be low risk receive free licensing, but those considered high risk are forced to pay for a licence plus an additional emergency service presence.

The vote to disallow the legislation followed a NSW upper house inquiry which recommended scrapping the scheme after finding it caused uncertainty for organisers and excessive price hikes.

"Last summer we saw so many young people not return home - it can't be repeated," Ms Berejiklian said.

"The Labor party, the Greens and the Shooters overturned those (laws). I want to reinstate those today to make sure that at least over the next summer months we have these provisions in place to deal with the high-risk festivals."

But the Green party's Cate Faehrmann said they would not be supporting what she called "desperate measures" and said the government needed to "accept the reality of drug use and commit to reducing harm from that use".