Prime Minister Scott Morrison has been heckled by angry bushfire survivors in the fire-affected town of Cobargo after travelling to the south-east of the state to meet with people affected by the emergency.

After taking some photos with locals, some vented their frustration with the bushfire response.

One resident called Mr Morrison an idiot, while someone else shouted that he would be getting no votes from the community. 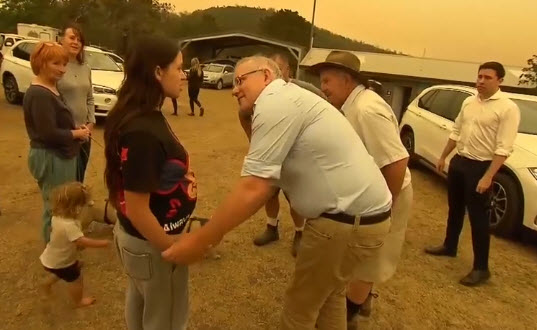 The prime minister reaches down to grab a woman's hand during a visit to bushfire-ravaged Cobargo.
9News

When one woman did not immediately take the prime minister's outstretched hand, he reached down to grab her hand to shake it.

"I'm only shaking your hand if you give more money to the RFS, so many people here have lost their homes. We need more help," she said during the Thursday visit, before Mr Morrison patted her on the back and walked away.

Our Prime Minister, forcing a handshake on a woman for the cameras, and then walking away as she begs him to do his job and help our volunteer firefighters.#AustraliaBurning #AUSTRALIANBUSHFIRES #dismisstheprimeminister pic.twitter.com/f9pPnoMGx6

"You're not welcome here," yelled another resident as the prime minister was ushered into a waiting car and drove away. 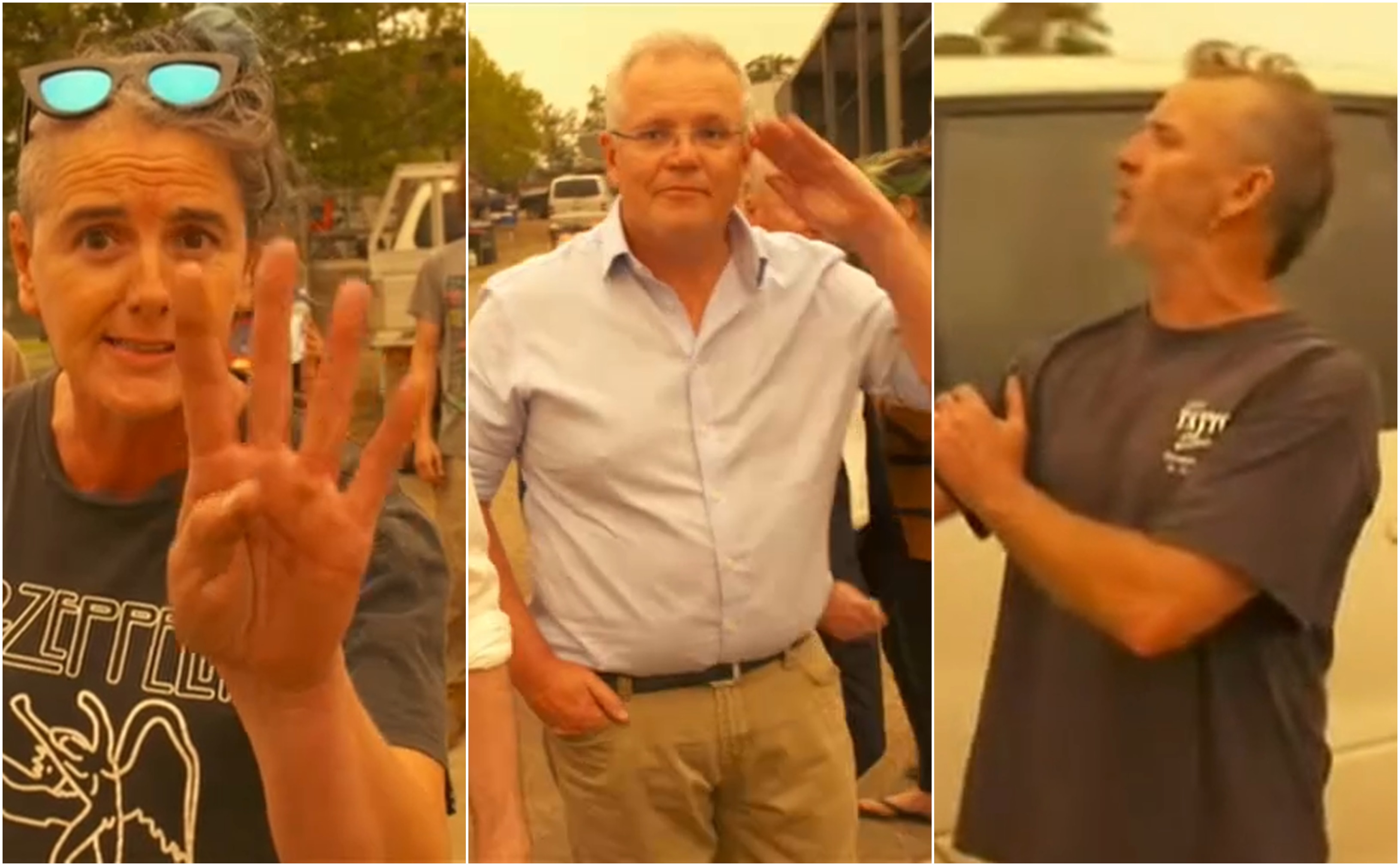 Prime Minister Scott Morrison is heckled as he tours a fire-ravaged community.
Supplied

The small town of Cobargo was one of the worst hit locations during Tuesday's horror bushfire crisis, which ravaged the NSW South Coast and left thousands of holiday-makers stranded.

A father and son died in the area on Monday night after staying back to defend their property from the fire. 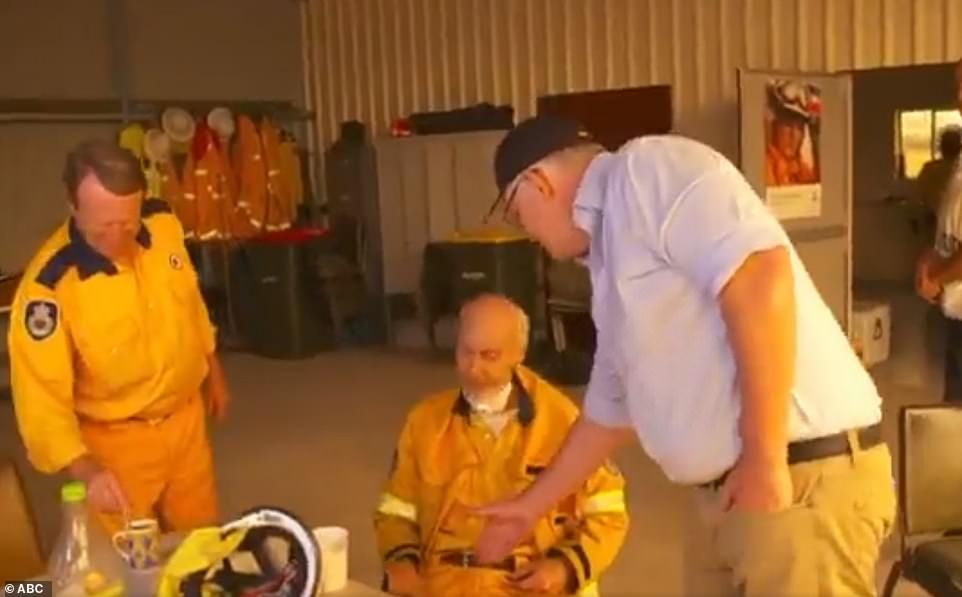 A firefighter declines to shake the prime minister's hand.
ABC

In another awkward incident later on Thursday, the prime minister was snubbed by a firefighter who had lost his own home.

"I don't really want to shake your hand," he told Mr Morrison, before walking away.

The incident controller responds: "No, no, he lost a house."

NSW Liberal minister Andrew Constance, who fought to save his home in Malua Bay south of Batemans Bay on New Year's Eve, added to the pressure on the prime minister in extraordinarily frank comments on Friday morning.

"The locals probably gave him the welcome that he probably deserved," Mr Constance told Seven's Sunrise.

"I'd say this to the prime minister today: 'the nation wants you to open up the cheque books, obviously help people rebuild their lives'." 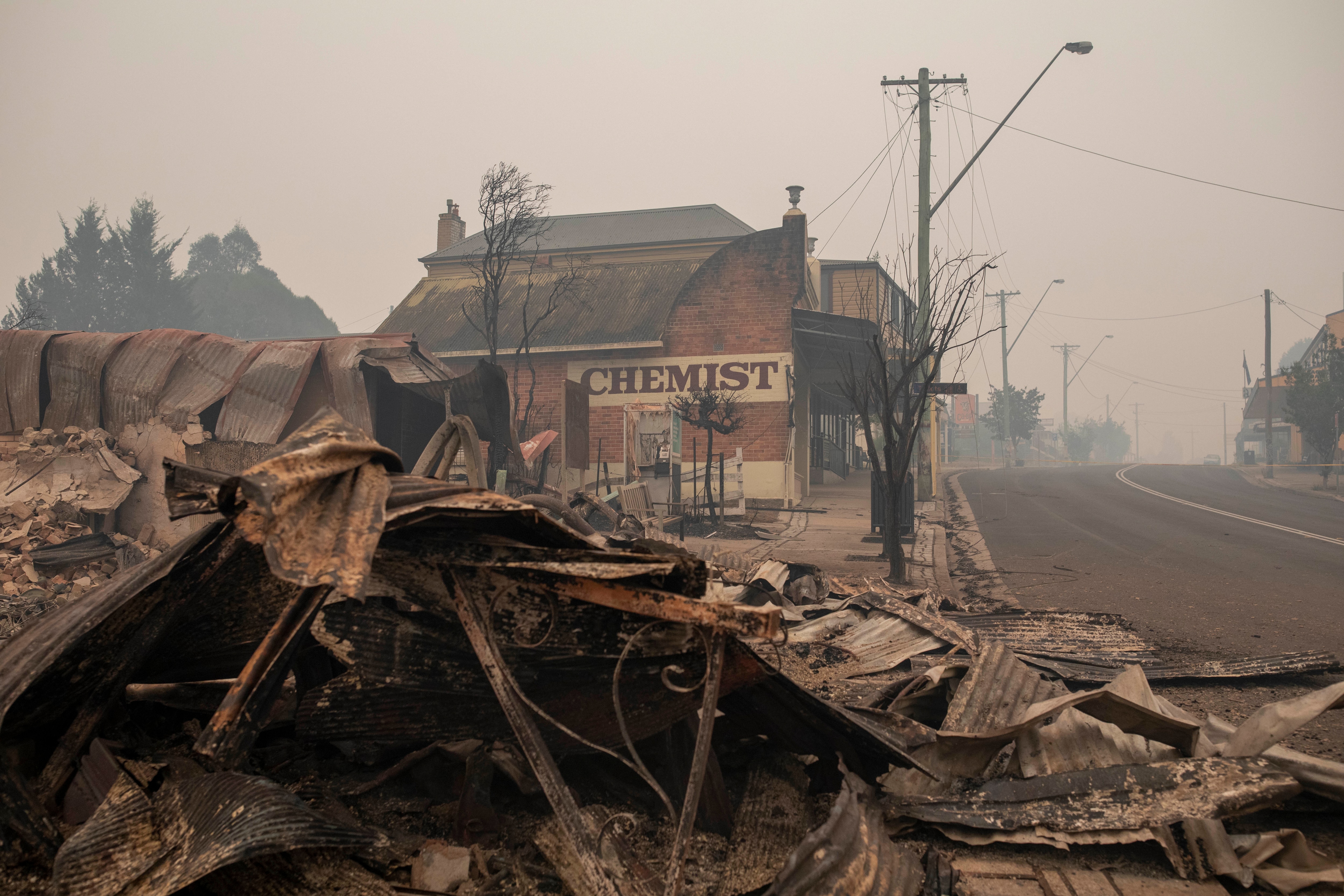 Mr Constance, who represents the electorate that covers Cobargo, said he didn't know about Mr Morrison's visit and hasn't spoken to him on the phone.

Responding to the anger, Mr Morrison told ABC News he was not surprised by the reaction. 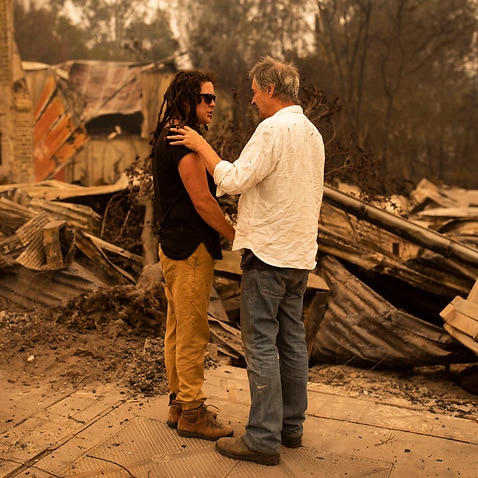 "People are feeling very raw at the moment, that is why I came today to be here and see it for myself and offer what comfort I could," he said.

"I appreciate the welcome we've received, Jenny and I, but at the same time I understand the very strong feelings people have, they've lost everything, and there are still some very dangerous days ahead.

"My job is to ensure that we steady things through these very difficult days and support the states in the support that they're providing."

The prime minister had been criticised earlier on Thursday for posing in a photo shoot with Australia's Test cricket team while fires continued to burn around the country. 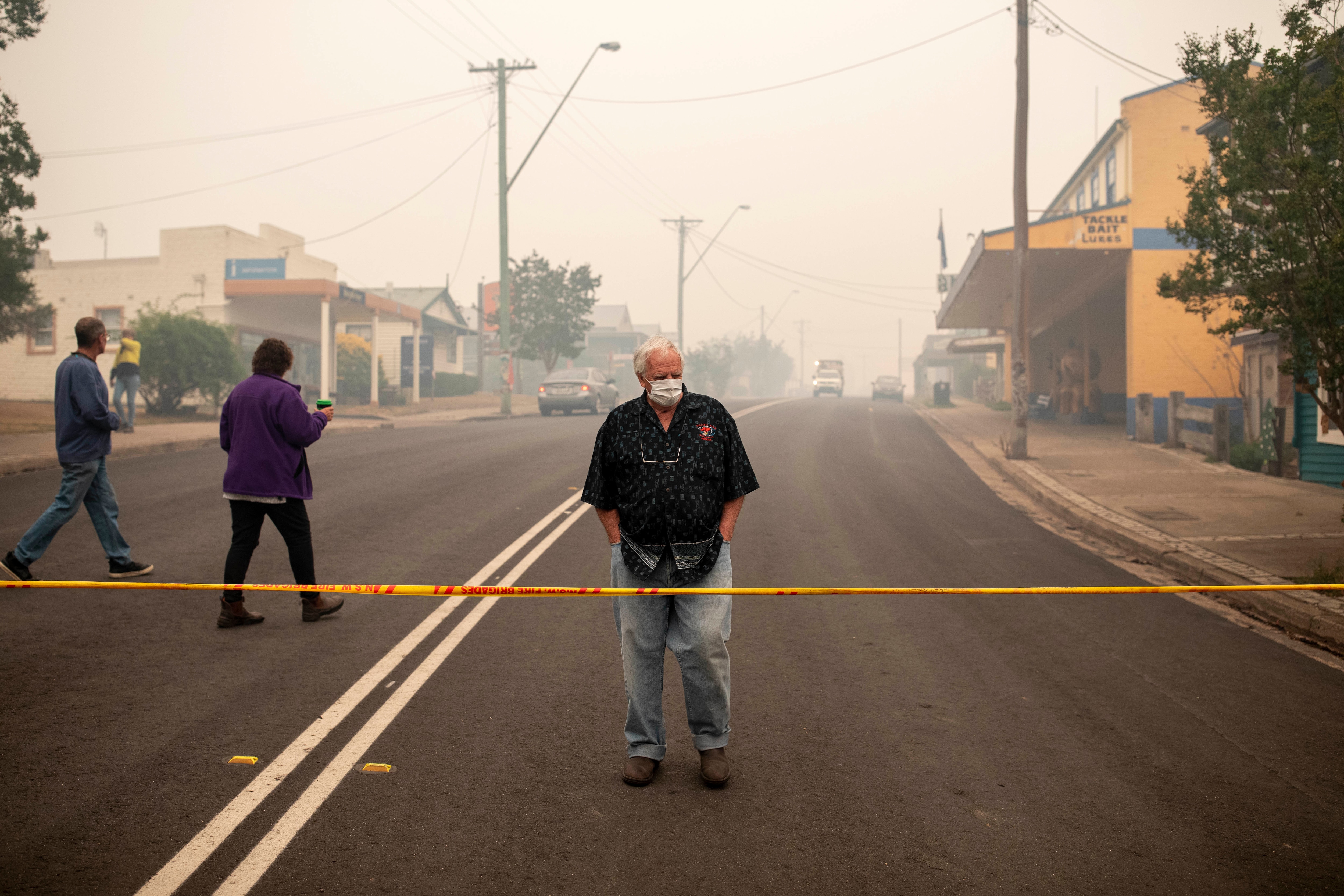 On Wednesday, Mr Morrison invited both the Australian and New Zealand national cricket teams to Kirribilli House in the lead up to the Sydney Test, acknowledging the match would be played in the shadow of the fires.

"This Test and this whole season is being played out against terrible events, both here in Australia and also in New Zealand with the White Island tragedy," he said.

"Our firefighters and all of those who have come behind them to support them, whether they're volunteering on the front line or behind the scenes in a great volunteer effort, it is something that will happen against the backdrop of this Test match." 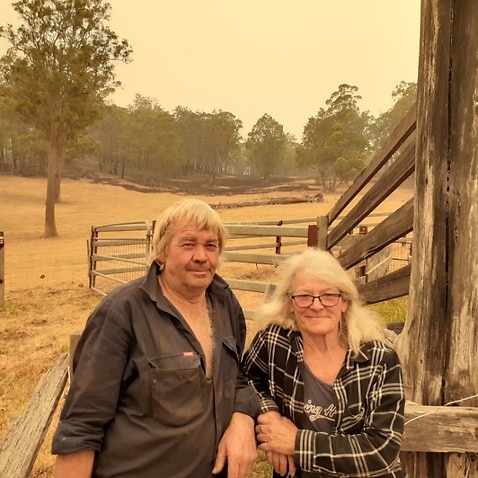 Former prime ministers Malcolm Turnbull, Tony Abbott and Julia Gillard all hosted the annual event when they were in office.

It is the latest in a series of controversies for the Prime Minister after he was criticised in December for travelling to Hawaii during the crisis. After the death of two volunteer firefighters in December, he cut the trip short and has since visited a number of sites affected by fires.

More than 130 fires continue to burn across NSW and 30 bushfire warnings remain in place in Victoria. More than 3.6 million hectares - three times the size of Sydney's metro area - have so far been burnt during this year's fire season.

Six Dr Seuss books are being pulled because of racist imagery