Australian-born terrorists who are stripped of their citizenship could soon languish indefinitely in immigration detention if they can't be kicked out of the country.

Prime Minister Scott Morrison wants to be able to deport extremists if his government believes they may be entitled to citizenship in another country.

"If they are in a position not to be deported, they will remain in immigration detention," Mr Morrison told the Seven Network on Friday.

"Their citizenship should go if you commit a terrorist act in Australia."

Asked how the sweeping new powers would work if another country refused to take people back, the prime minister was vague.

"If they're a citizen of that country, they have to take them back," he said. Attorney-General Christian Porter acknowledged some countries would refuse to take dual nationals back, but insisted Australia would not leave people stateless.

"We cannot force a country to repatriate someone and so there are instances where there are elongated stays in immigration detention," he told reporters in Perth.

"But ultimately our first and foremost concern is not for the terrorist, it's for the Australian public that we're trying to protect."

Foreign Minister Marise Payne said the new proposed terror laws have been discussed with Indonesia and Lebanon, countries where convicted terrorists may be deported back to once stripped of their Australian citizenship.

"We always communicate with our partners on key announcement and decisions of this nature," she told reporters in Canberra.

"But the most important thing about these laws and the proposals is we have to introduce them to the Parliament is that they are about keeping Australians safe. "Keeping Australians safe by changing the Citizenship Act so that dual citizens who are convicted of a terrorist offence in Australia lose their Australian citizenship irrespective of the sentence that they receive."

She said if the home country refuses to take the convicted terrorist then the potential issue of stateless persons will be dealt with at that point in time.

"If there are issues with other countries, in terms of their preparedness to accept individuals, we'll obviously on a case by case basis. They may be matters for negotiation with those countries," she said.

"They may end up in immigration detention, self evidently. We'll deal with those on a case by case basis."

The Law Council of Australia has warned attempts to strip terrorists of their citizenship could breach international obligations guarding against leaving people stateless.

Asked if he was concerned by the warning, Mr Morrison replied: "Nup."

"Those who oppose these laws always say this," he told the Nine Network. "I dealt with that back when I was immigration minister and they said I couldn't turn back boats and they said that wasn't legal.

"Well, they make all these claims, but what I do is I press on and I just get it done."

Mr Shorten said it was important to scrutinise any changes to make sure they would work and there were no unintended consequences.

"If we make sure that they're effective, that they keep Australians safe, well then we'll be up for the sensible debate," he told reporters in Melbourne.

"If you do a rush job, you can sometimes do a botched job. Let's get it right." 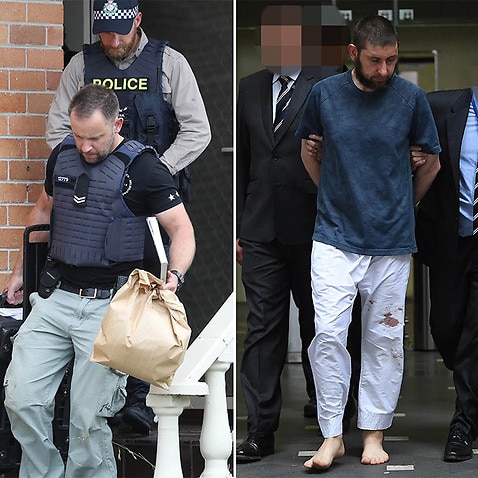 The new laws are aimed at revoking citizenship from dual nationals convicted of terror offences, regardless of the length of their sentence.

That would remove a current requirement that a person be sentenced to at least six years behind bars.

Home Affairs Minister Peter Dutton could also strip Australian citizenship from a convicted terrorist if he is "reasonably satisfied" they were entitled to foreign citizenship in another country.

The government further wants to introduce "temporary exclusion orders" of up to two years for foreign fighters returning from the Middle East.

The proposed laws come in response to the deadly Bourke Street attack, and the Melbourne arrests of three Australian men of Turkish ancestry, who are accused of planning a terror event.