Exclusive: Letters obtained by SBS News show the government initially approved a six month extension, despite concerns the inquiry would not be able to finish its work.

The federal government originally denied the disability royal commission’s urgent request for a 17 month extension before backflipping on its decision a month later, letters obtained by SBS News reveal.

Correspondence between the Attorney-General’s office and commission chair Ronald Sackville, released under freedom of information laws, also reveal the government will not provide any additional funding to support the extension of the $527.9 million inquiry.

An extension until September 2023 was first requested by Mr Sackville in the commission's interim report, handed down in October last year.

In a letter to the Prime Minister at the time, he described the terms of reference as “far broader in scope than almost any other Royal Commission established over the past several decades”. The probe is tasked with investigating violence, abuse, neglect, and mistreatment against people with disability in all settings and contexts.

He also detailed interruptions to public hearings and face-to-face private sessions caused by the coronavirus pandemic but conceded that even without the COVID-19 disruption an extension would have been necessary.

The inquiry was initially scheduled to hand down its final report in April 2022.

After two months with no response, Mr Sackville sent a second letter in December stressing the extension was “critically important if we are to complete satisfactorily the inquiries required by the terms of reference”.

It would be another three months until the government replied, despite Mr Sackville's pleas that a decision be made urgently so the commission could finalise its schedule for the following year.

In the response, received on 10 March, assistant Attorney-General Amanda Stoker said the government would only approve a six month extension - almost a year shorter than requested - and that they were “unlikely to approve a further extension”.

“I encourage you to consider whether the most efficient mix of public hearings and other ways to gather information is in place to fulfil the terms of reference,” she wrote.

A day later, Mr Sackville responded with a detailed three-page letter, in which he said it was the belief of all seven commissioners that six months would “not provide sufficient time”.

“The request for an extension to 29 September 2023 was based on a judgment that the Royal Commission, by dint of an extraordinary effort, would be able to complete its task to a satisfactory standard by that date,” he wrote.

“The outcome of such a truncated investigation would satisfy no one, least of all people with disability or advocacy groups who fought for the establishment of the Royal Commission and are heavily invested in its success.”

Mr Sackville said he had not been able to travel since the beginning of the pandemic, and would not do so until he was fully vaccinated, while the other commissioners - who are based across Australia, including in Alice Springs - have not been able to leave their homes or travel interstate for the “best part of a year”.

At the time, the commission had also been unable to host public hearings in Tasmania, Western Australia, South Australia, the Northern Territory or Canberra, which meant “important stakeholders in those communities, including culturally and linguistically diverse and First Nations peoples with a disability, have had very limited or no opportunity to … have their stories heard.” 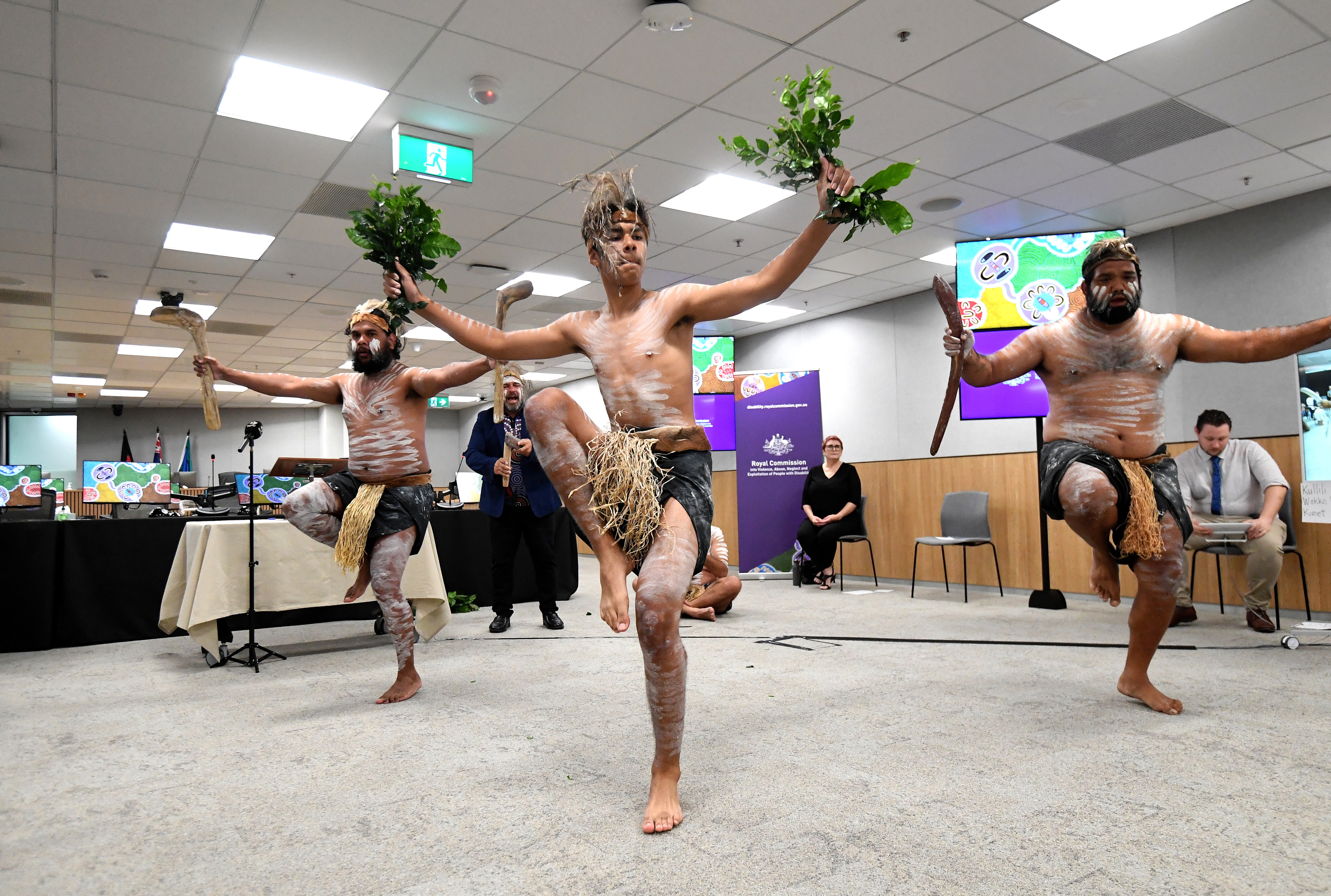 An Aboriginal dance group performs a cleansing ceremony at the Brisbane headquarters of the disability royal commission.
DISABILITY ROYAL COMMISSION

More than a month later Attorney-General Michaelia Cash informed Mr Sackville the government would support his request for a 17 month extension, with the final report due by September 2023.

With the extension, the inquiry will take almost four and a half years to complete - seven months shorter than the Royal Commission into Institutional Responses to Child Sexual Abuse. As of Wednesday, the inquiry had received 2,500 submissions.

Senator Cash did not respond to questions about why the government had initially rejected Mr Sackville's request, but a spokesperson for the Attorney-General said it was later agreed to after "careful consideration of its implications, including the additional funding required for support and advice services".

"As a result, the Royal Commission has been able to continuously carry out its important work," they said.

Labor NDIS spokesman Bill Shorten said it was “not surprising the Morrison Government went out of its way to stop this Royal Commission hearing the stories of people with disabilities”. "The Morrison Government has neglected people with a disability at every stage of our country’s COVID pandemic battle," he said.

“The Royal Commission’s Chair rightly requested extra time so the commission could finalise its program and ensure people with disabilities and the sector have their voices heard."

Advocacy bodies are also disappointed by the initial attempt to limit the extension.

Samantha Connor, president of peak national body People With Disability Australia, said there were still a number of people with disability hesitant to come forward, as well as service providers and workers who are concerned about the lack of privacy protections. 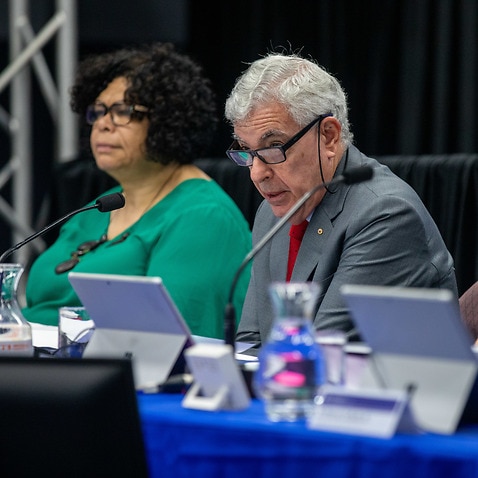 ‘How well does he swim?’: Threatening anonymous letter sent to family of man in disability support

“Government are perhaps reluctant to hear all the stories we have to tell, especially if they have a hand in being complicit,” she said.

Urgent reforms to strengthen privacy protections for witnesses at the commission are still yet to be legislated, more than a year after they were first requested by Mr Sackville. In his final letter to Senator Cash, Mr Sackville said he expected the privacy legislation, when passed, would generate a “large volume of fresh submissions”.

“We need to make sure people have got the preconditions to tell their stories in complete safety, without it coming back on them in any way whether you’re a disabled person, a family member or a worker,” Ms Connor said.

The commission’s 14th hearing into preventing and responding to violence, abuse, neglect, and exploitation in South Australian disability services is underway this week.