The Coalition faces an uphill battle to unwind laws making it easier for asylum seekers to seek medical transfers.

The government is pushing ahead with plans to unwind legislation that allows the transfer of sick asylum seekers to Australia, despite the prospect of a Senate veto.

On Tuesday, Treasurer Josh Frydenberg maintained repealing the so-called "medevac bill" was a priority for the Coalition.

"Let me just make it very clear, it is our policy to reverse that legislation," Mr Frydenberg told reporters. 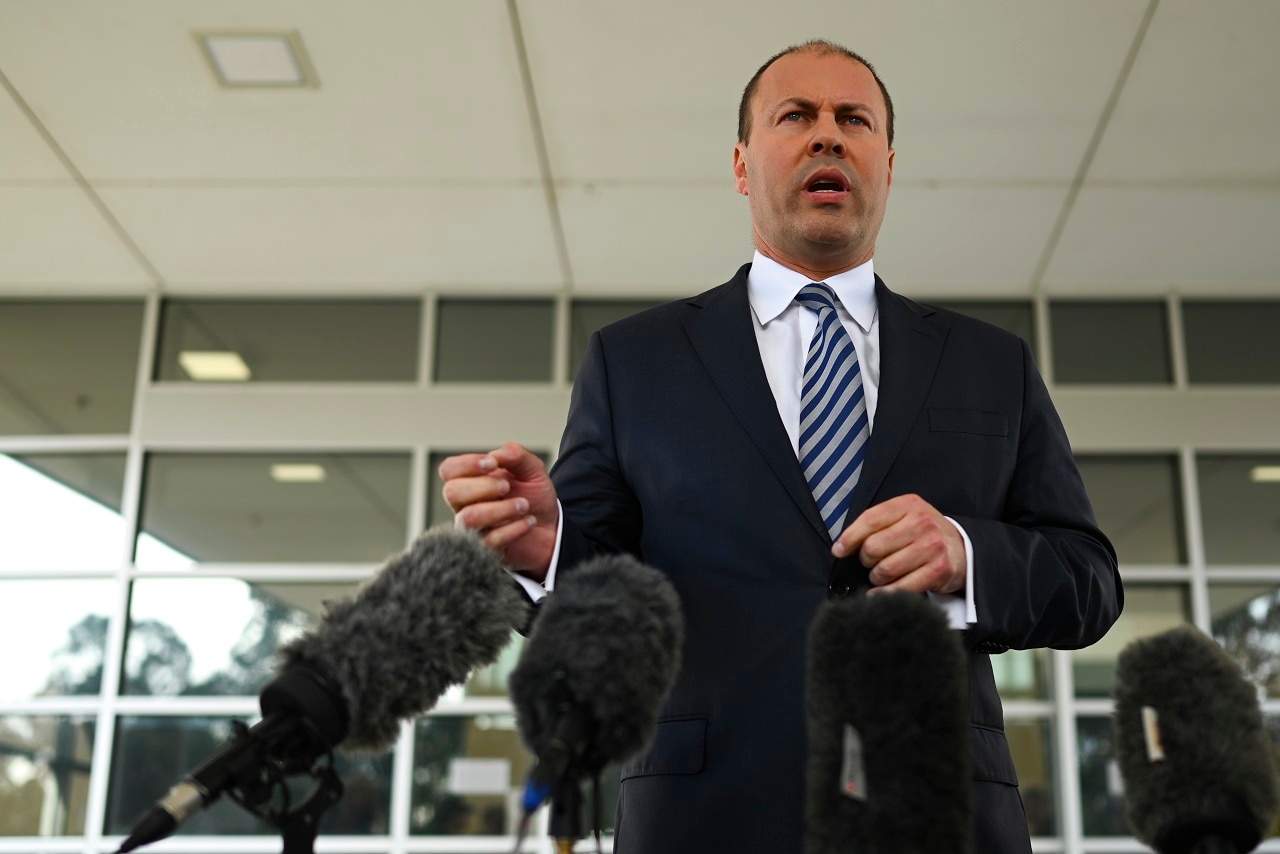 If the medevac repeal is scuttled, the government may be forced to keep the Christmas Island detention centre open, which could blow a hole in the federal budget.

But Mr Frydenberg insisted there is enough money in the budget to keep the centre running if the new Senate blocks the repeal.

"We have made allocations in the budget for the maintenance of Christmas Island," he said.

"We can only reverse the legislation if it passes both houses of parliament. So let's work that through when the parliament resumes."

The medevac bill was passed by Labor and the independents against the Morrison government's wishes. It gives doctors more power to recommend the transfer of sick asylum seekers on Manus Island and Nauru for medical treatment.

The current Senate supports the medevac bill so the government has to wait until the new Senate starts in July to move forward with its planned repeal. Protestors rallying in Sydney's Hyde Park last October against the treatment of asylum seekers on Manus Island and Nauru.
AAP

But it appears the Centre Alliance will wield significant power in the new Senate and on Monday, the two Centre Alliance senators indicated they will not support unwinding the bill.

"Centre Alliance supported the medevac bill in the last parliament and so we will not support it being repealed in the current one," Senator Stirling Griff said.

Labor and Greens have also indicated they will not support repeal, meaning the government would struggle to get it through the new upper house. What does the surprise re-elected Coalition government have in store for you?

Only one person was transferred to Australia under the laws during the first month, despite warnings from the government that hundreds would come within weeks.

The prime minister spent $185 million reopening the Christmas Island detention centre to deter asylum seekers from "gaming the system" under the new regime. The Morrison government initially budgeted $1.4 billion over four years to reopen Christmas Island, before slashing its forecasted spending through the plans outlined in the budget.

The coalition has set aside $23.7 million in 2019-20 to wind the centre back to a "contingency setting", but there is no funding allocated for the three years after that.

On Tuesday, Liberal senator Arthur Sinodinos said the timing of the medevac laws was "a matter for the prime minister to sort out".

"He's already identified doing issues on foreign fighters and some other matters which have to take priority," the senator told Sky News.

"But I assume the bill will still be on his radar as something to be repealed." "There was talk before the election that people out there - people smugglers - were starting to think about testing the resolve of the new government," he said.

"That is now no longer an issue."

Iranian asylum seeker Behrouz Boochani, a refugee on Manus Island, tweeted the "federal election had a huge negative impact on people in Manus and Nauru".

The federal election had a huge negative imapact on people in Manus and Nauru. People have completely lost hope that the gov will accept the New Zealand offer.