The federal government says it is putting $20 million into a no-interest loan scheme for women fleeing domestic violence to help them get their lives back on track.

Loans of up to $2,000 would be available through Good Shepherd Microfinance's No Interest Loan Scheme, Social Services Minister Anne Ruston announced on Sunday.

"Women leaving violence often face financial hardship and we hope these loans go some way to help them meet the costs of the basics," she said.

Senator Ruston said with Sunday marking International Women's Day, it was important for Australians to reflect on what they could to stop family violence. "We should be ashamed of ourselves in Australia that we have the kind of domestic violence perpetration that we're seeing," she told Sky News.

"Until we change people's behaviour, we're just going to be responding to domestic violence and we have to start preventing it."

The government would also be providing $2.8 million over two years for local support services in each state and territory, including shelters and crisis help.

"We need to make sure that there's a comprehensive plan," he told reporters in Melbourne on Sunday.

"It does require finance. But it also requires listening to the experts." 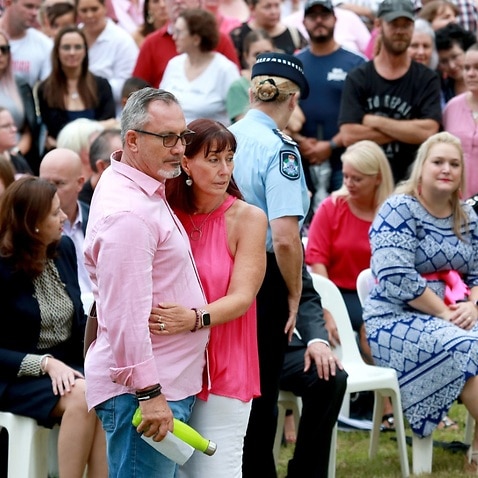 Minister for Women Marise Payne pointed to the recent murder of Hannah Clarke and her three children - Aaliyah, Laianah, and Trey - as a sign Australia had to keep working to stop domestic violence.

"It is our duty as a modern society to respect one another, and to foster a culture in which Australian men grow up respecting the women in their lives," Senator Payne said.

The announcement was made on the eve of the funeral for Hannah Clarke and her three children - Laianah, Aaliyah and Trey.

They were killed nearly three weeks ago when the children's father and Ms Clarke's estranged husband set fire to them in their car in Brisbane before killing himself.

Arrests, looting in second day of angry US protests against George Floyd's death in custody