Sir Michael is being remembered as a "towering figure" in the history of PNG and a "great friend to Australia".

Sir Michael headed the nation four times and was its longest-serving leader, including as chief minister before decolonisation in 1975.

His family said in a statement he passed away on Friday morning from pancreatic cancer in a Port Moresby hospital.

“It is with great sadness that I on behalf of Lady Veronica Somare announce the passing of her beloved husband, the father of her children and grandchildren and great grandchild Sir Michael Thomas Somare at 12am on Friday 25 February 2021,” the family said.

“Sir Michael was only diagnosed with a late stage of pancreatic cancer in early February and was admitted to hospital on 19 Friday, 2021. We as a family had only two weeks to look for possible treatments for our father.

“We are endeared that many Papua New Guineans equally embraced Sir Michael as father and grandfather.” 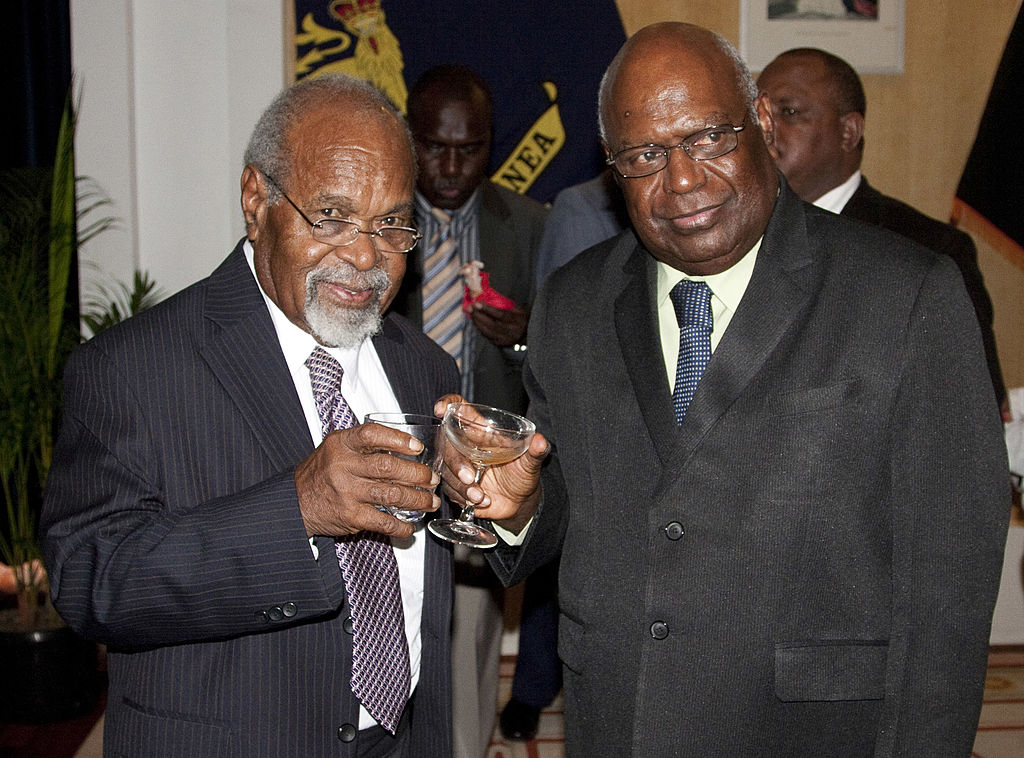 Sir Michael united a fractured nation of three million people and 700 language groups in the late 1960s and early 1970s.

He advocated strength through independence after more than 70 years of Australian rule.

“A lot of people in this country thought we wouldn’t be able to do it, that we were talking in terms of two or three decades, while I was talking two or three years,” Sir Michael said shortly after independence.

His political career spanned more that five decades, co-founding the country's first political party Pangu Party, which led the first government of the sovereign nation with him as prime minister.

A towering figure in Pacific regional politics, Sir Michael established diplomatic relations with China shortly after independence, helped broker the South Pacific nuclear free treaty, and was never far from the spotlight or centre of power.

“He had fantastic charisma and he could get people to together, he could negotiate. He was a great compromiser,” former ABC PNG correspondent Sean Dorney, who knew Sir Michael from before independence, told SBS News.

“His greatest legacy, that this long after independence, with so many language groups, with so many different cultures in PNG that it still is one country.”

Australian Prime Minister Scott Morrison tweeted his condolences on Friday, saying Sir Michael has been the founding father of democratic and independent PNG, and had been a "great friend to Australia".

Vale Grand Chief Sir Michael Somare, founding father of democratic and independent #PNG and a great friend to Australia. My heartfelt condolences to his family, Prime Minister Marape and the people of PNG. Australians stand with you in this time of sadness. May he rest in peace.

Sir Michael stood as prime minister alongside counterparts Gough Whitlam, Malcolm Fraser, Bob Hawke, John Howard and Kevin Rudd - but it was not always all smiles.

“The fact that Papua New Guinea and Australia remain friends - and the closest of friends - owes a lot to Michael Somare’s personal contribution to the relatonship.

“It’s remarkable, given the historical nature of our relationship, and its colonial and neo-colonial overtones, that we’ve managed to sustain such a good relationship with our nearest northern neighbour, and Michael Somare has been so much part of that, also defending his own country’s economic interests robustly.” 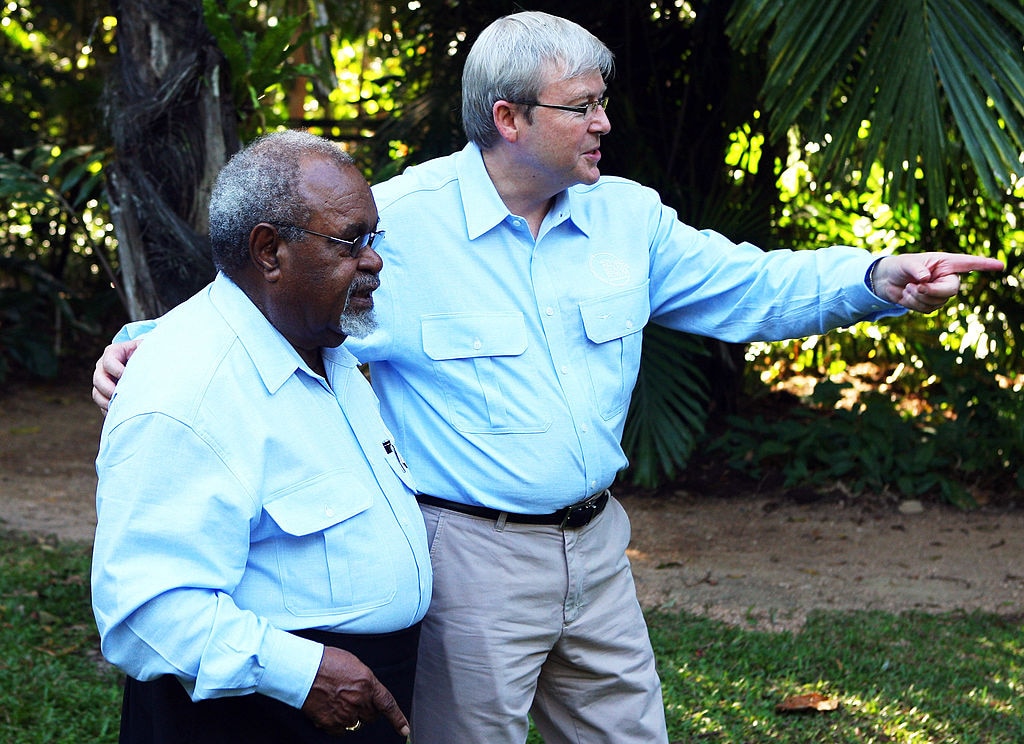 Sir Michael rejected Australian criticism during the Rudd years that hundreds of millions of dollars of aid from PNG’s biggest donor was failing to deliver.

Relations between the countries dipped to their greatest low when Sir Michael was ordered to remove his shoes on arrival in Brisbane airport for a security check in 2005 during the Howard years.

He also opposed the use of Manus Island to detain asylum seekers under Mr Howard’s Pacific Solution along with an agreement signed by the government of Sir Mekere Morauta, who also died earlier this year.

In 2010, Sir Michael's political career looked to be over, when he was ousted as prime minister by his successor Peter O’Neill, sparking a constitutional crisis. He briefly returned to the post in 2011.

“If he had one failing it was hanging on too long,” Mr Dorney said. 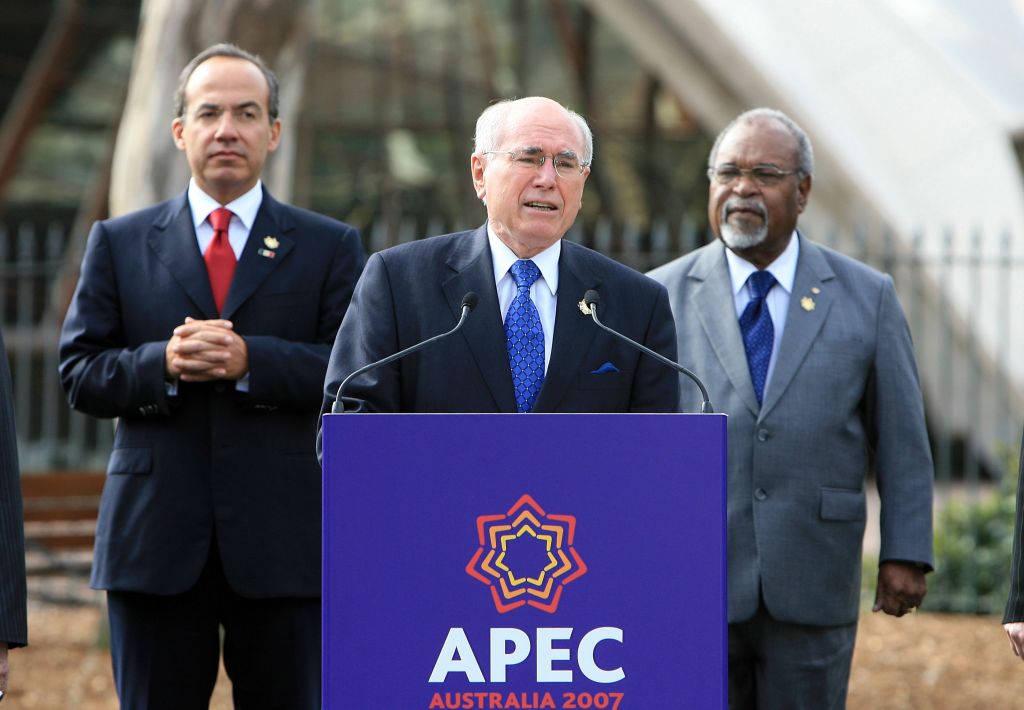 Sir Michael stayed in parliament, but financial scandals marred his later years. He denied wrongdoing and retired from parliament in 2016.

“I gave the best years of my life to this country and I served as a politician, and I hope you will each find the grace to continue the dream in our great nation Papua New Guinea,” he told the chamber in his valedictory speech.

The family plans to bury Sir Michael in the East Sepik Province on the Kreer Heights in Wewak.

“Sir Michael was a loyal husband to our mother and great father first to her children, then grandchildren and great granddaughter. But we are endeared that many Papua New Guineans equally embraced Sir Michael as father and grandfather,” the family said.

“We also thank everyone who wrote in to express their support and offer their prayers to our father and our family. We are humbled.”