The damage to the Great Barrier Reef by Cyclone Debbie is still being assessed, but researchers say the storm could be both a blessing and a curse for the reef.

“It was an incredibly big system … unusually Debbie spent quite a long time crossing the Great Barrier Reef as well,” he said.

“When we put all those things together, the prediction is that the damage is likely to be widespread and potentially quite severe."

Professor of Geoscience at James Cook University, Jonathan Nott, is a specialist in extreme weather events and said while fewer cyclones are predicted in Queensland, they are expected to be higher in magnitude.

"The global climate models are forecasting that we will see a decrease in the total number of cyclones that we experience in the Coral Sea regions, so off the east coast of Queensland,” Professor Nott told SBS News.

“Some studies have been done to suggest that magnitudes are increasing in tropical cyclones throughout the south-west Pacific."

The Great Barrier Reef is arguably one of Australia's most valuable natural assets, and damage to the reef is likely to impact tourism and the Queensland economy.

"The reality that the reef is under threat is something that we are very concerned about and the tourism industry is working very hard to do its bit to make the reef resilient, to help the reef withstand the threats whether they are natural or otherwise."

Reef damage from cyclones is generally described as 'patchy' because some parts are significantly impacted by the weather, while other parts remain virtually untouched.

Coral bleaching on the other hand can cause widespread destruction over vast swathes of reef.

Last year, some of the warmest ocean temperatures on record in Australia contributed to several mass bleaching events across the reef.

However, Mr Read said there is a positive side to the cyclone because these types of storms typically lower ocean temperatures. We need to be better prepared for floods: Turnbull 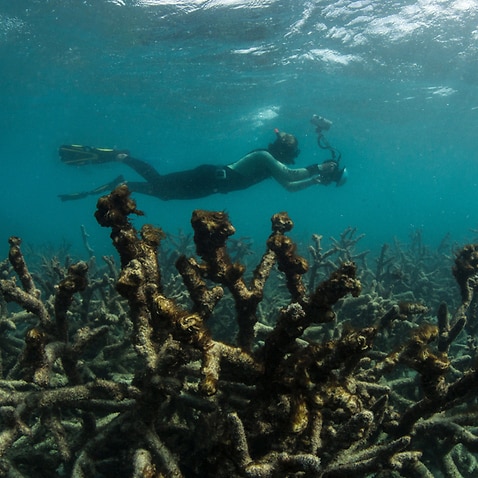 “Number one, by the cloud-cover; number two, by the rainfall associated with a cyclone; and number three, because of the winds that can actually ruffle the sea surface which improves or reduces the ability of the water to heat up,” he said.

“But also you can have massive deep water movements caused by the cyclones as well. All of those things can contribute to cooling the water by a couple of degrees."

Mr Read also said people must be reminded that the reef has been around for a long time and cyclones are nothing new.

"Absolutely the reef can bounce back from a tropical cyclone,” he said.

“We just always need to bear in mind that the reef has been there as we know it today for in the vicinity of 6,000 to 8,000 years and tropical cyclones are nothing new.

“This is a natural feature that the reef has come to deal with."

Previous studies of reef repair after cyclones show they usually recover within three to five years.