Greens Senator Jordon Steele-John has refused to back away from calling Labor and coalition senators "arsonists" during a fierce spray on climate action.

An enraged Senator Jordon Steele-John, who represents Western Australia, let rip in the Senate on Tuesday during debate on the federal government's proposed laws cracking down on energy companies.

"How dare any of you suggest that in this moment at this time it is appropriate to be prosecuting a piece of legislation with the aim of propping up coal," he told the chamber.

"You are no better than a bunch of arsonists - borderline arsonists - and you should be ashamed."

Greens Senator @Jordonsteele tells the Government: 'You are no better than a bunch of arsonists, borderline arsonists... You should be ashamed. ' @SBSNews #auspol pic.twitter.com/JFlUdXtXsn

Despite objections from Labor frontbencher Murray Watt, Senator Steele-John refused to withdraw his comments, insisting they were true.

"For Senator Steele-John to refer to members of this chamber as arsonists on the very day that we are told by fire chiefs that we are seeing conditions that this country has never seen before is beyond offensive," Senator Watt said.

He called for the Greens to reflect on "political point-scoring" they were engaging in as fires raged across Australia. He said the fires were not a natural disaster because humans were contributing to climate change by burning coal. 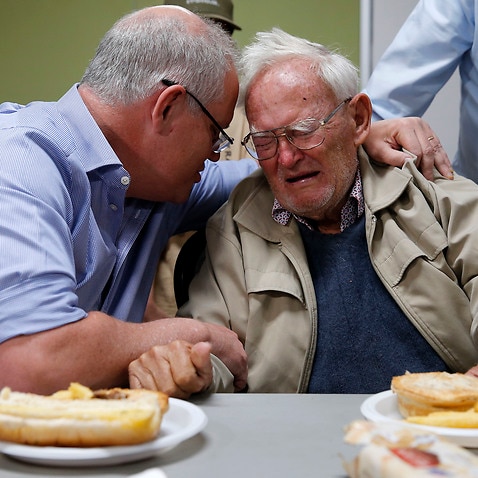 "There will come a time when the Australian community shall look back on this moment and ask what we were doing to help as they were fighting fires on the front," the Greens senator said.

His furious spray is the latest escalation in an increasingly fierce climate change debate which has been inflamed by bushfires.