The Turnbull government has unveiled a new formula to ensure every state's capacity is at least equal to NSW or Victoria.

The Turnbull government has unveiled major reforms to the GST formula, promising no states will be worse off and injecting an extra $9 billion in federal money over the decade to make sure no state falls below a fixed benchmark.

GST distribution is designed so wealthy states like NSW and Victoria support poorer states like Tasmania, and key government services are matched to the highest standard.

But in the peak of the mining boom, the old system led to Western Australia’s share dropping down to just 30 cents in the dollar as it supported the rest of the country. 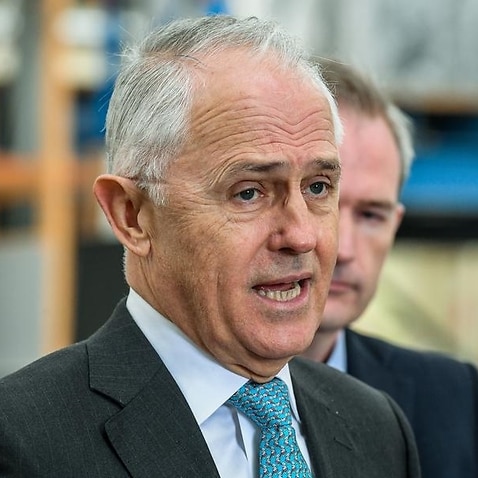 "For a long time, everything was going along swimmingly. People could largely predict what was happening," Mr Morrison told reporters at Parliament House on Thursday.

The problem here is that the GST system was never built ... to cope with a big shock like a minerals boom."

WA has long complained that it was being punished for its economic success. The federal treasurer, Scott Morrison, agreed that the system was creating a “disincentive” for states to develop their resources industries.

At the same time, Western Australia became the new “benchmark” state, even though that wasn’t necessarily reflected in the public services on offer.

The move would have seen backlash from other states as more money flowed back to Western Australia and New South Wales.

But to prevent that reaction, the government has committed to making federal top-ups a permanent feature of the system so no state is worse off.

The Commonwealth will pay $9 billion over the next 10 years in “top-ups” to keep every state above the threshold. That money will now be a permanent feature of the system, and will continue in the decades to come.

Deloitte economist Chris Richardson says the inclusion of the extra federal money is a "messy" political solution, although he describes the reforms as “sensible” overall.

“They've thrown about an extra billion dollars a year into the pot to make sure no one is worse off. Or in other words, this small reform is being accompanied by a solid, billion-dollar-a-year bribe,” Mr Richardson told SBS News.

"How dumb that we end up in an Australia where every reform has to be accompanied by bribes."

The funding will be untied, meaning governments will be able to spend it as they see fit to deliver services in their state, including schools, hospitals, roads and rail.

Labor leader Bill Shorten said he would reserve his judgement until he had seen the detail of the plan.

"Let's read the detail. If there's billion of dollars flowing, where is the money coming from?" Mr Shorten said.

The GST rules will also be changed so the “benchmark” services are those in either Victoria or NSW – whichever is performing better at the time.

The old system of matching other states to the “best” performer was too volatile, the government argues, because of anomalies like the WA effect.

Mr Morrison said the strong, diversified economies of NSW and Victoria should provide a more consistent standard into the future.

Will the states agree?

The government will now seek an agreement with the states and territories, but Mr Morrison indicated the government was prepared to legislate without the full cooperation of every state.

"It's not disputed that the Commonwealth can act alone on this," he said.

Many are reserving their judgement for now.

"We want to make sure there are no negative implications for Victoria, no way the federal government can give with one hand and take away with the other,” acting Victorian Premier James Merlino said.

The system under which GST is shared, known as horizontal fiscal equalisation, has not been changed significantly since the consumption tax was introduced in 2000.

The benchmark for HFE will shift over eight years to a new standard that will ensure the fiscal capacity of all states and territories is at least the equal of NSW or Victoria (whichever is higher).

The government has rejected the recommendation of a Productivity Commission review to use an "average" figure to equalise the payments, which Mr Morrison said would have left smaller states behind.

Treasurers will meet in September with a final agreement expected by the end of 2018.