The attack adds to a wave of assassinations in Kabul and other cities while government and Taliban representatives have been holding peace talks in Qatar.

Unidentified gunmen killed two female judges from Afghanistan’s Supreme Court on Sunday (local time), police said, adding to a wave of assassinations in Kabul and other cities while government and Taliban representatives have been holding peace talks in Qatar.

The two judges, who have not yet been named, were killed and their driver wounded in a morning attack, police said, adding the case was being investigated by security forces.

The attack happened as they were driving to their office in a court vehicle, Ahmad Fahim Qaweem, a spokesman for the Supreme Court told AFP.

"Unfortunately, we have lost two women judges in today's attack. Their driver is wounded," Mr Qaweem said, adding there are more than 200 female judges working for the country's top court.

A spokesman for the Taliban said its fighters were not involved in the attack. Afghan President Ashraf Ghani issued a statement condemning attacks on civilians by the Taliban and other militant groups.

Mr Ghani said “terror, horror and crime” was not a solution to Afghanistan’s problem and beseeched the Taliban to accept “a permanent ceasefire”.

Government officials, journalists, and activists have been targeted in recent months, stoking fear particularly in the capital Kabul. 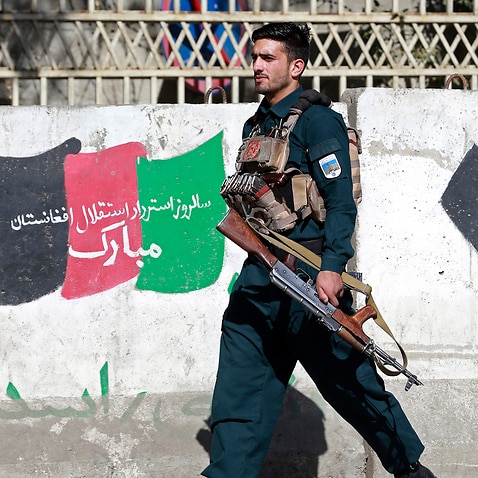 At least 22 dead in 'brutal' attack on Afghanistan's Kabul University

The Taliban has denied involvement in some of the attacks, but has said its fighters would continue to “eliminate” important government figures, though not journalists or civil society members.

Sources on both sides say negotiations are only likely to make substantive progress once US President-elect Joe Biden takes office and makes his Afghan policy known.

The number of US troops in Afghanistan has been reduced to 2,500, the lowest level of American forces there since 2001, according to the Pentagon on Friday.