A Brisbane college for foreign students has called in cyber crime detectives after hackers got into its computer system and changed pupils' academic scores.

Hackers have infiltrated a University of Queensland feeder college's computer system to inflate the test scores of underperforming foreign students.

IES has told AAP one of its computer systems was targeted but would not say exactly how many students' results were changed, only that "irregularities" were picked up before results were shared with UQ.

General manager Gerard van Balveren said police were called in about a fortnight ago, after manual end-of-year checks revealed there was a problem.

But he said it was a good news story because it proved the college's manual checks were an effective safety net.

"It seems that an attempt was made to change the marks of some students," he said on Tuesday.

But he said there was never any danger that UQ would admit students on the basis of falsified records, because the computer system that was targeted wasn't the one used to compile final results statements for pupils.

Industry sources told AAP the results of 30 to 40 students were manipulated and the incident bore the hallmarks of an orchestrated hack. 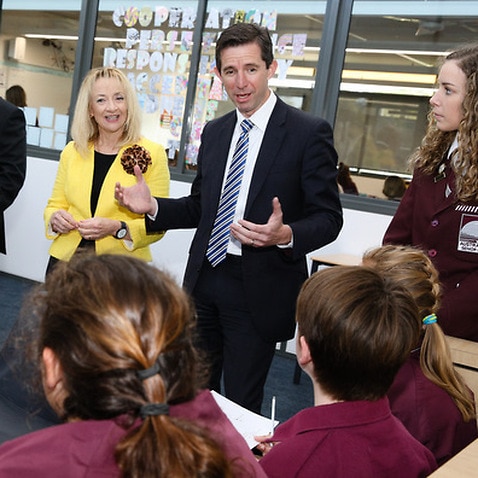 The college won't say how many records were changed, just that it's less than 30 and only "some" were affected.

Sources associated with IES, who don't want to be named, told AAP that student results continued to be changed even after "the first whiff of problems", and that some staff cross-checking results had watched numbers change in real time.

In some cases, academic results had been manipulated upwards by just a few percentage points, to reach benchmarks set by UQ, in other cases students marks had more than doubled.

Queensland Police confirmed in a statement it received a complaint from IES on November 30 regarding an alleged computer hacking or misuse incident, but said it was "inappropriate" to comment until the investigation was finalised.

They pay between about $23,000 and $30,000 and if they hit UQ's benchmark results they are guaranteed a place in the course of their choice.

A UQ spokeswoman said it had been assured the "integrity" of the grades provided to the educational facility were correct.

"IES has been the approved provider of UQ's foundation program for more than two decades."

'Mr Morrison has a choice': Communities of faith demand climate action at protests around Australia