The World Wilderness Fund has released a new report that shows species under threat from human-driven forest degradation.

The first-ever global assessment of forest biodiversity, Below the Canopy, shows that monitored forest-dwelling wildlife populations have shrunk on average by more than half (53 per cent) since 1970.

The new report by the World Wilderness Fund (WWF) highlights the multitude of threats forest-living species are facing and shows that habitat loss and degradation, primarily caused by human activity, is the cause of 60 per cent of the threats to forests and forest species.

Declines were greatest in tropical forests, such as the Amazon rainforest. Press Association Images
The report shows forests which are home to well over half of the world’s land-based species and one of the most important carbon sinks, which experts say are vital to the health of the planet.

The report details the forest wildlife species which are under threat.

These provide vital functions to keep forests healthy and productive, such as pollinating and dispersing seeds and other crucial roles that affect natural regeneration and carbon storage. According to expert contributors to the report, if we are to reverse the decline in biodiversity worldwide and avoid climate crisis, we need to safeguard forests and the species that live in them.

WWF is using the report's finding to pressure world leaders to declare a planetary emergency and secure a New Deal for Nature and People by 2020 to stop climate breakdown and make social consumption and production models more sustainable. 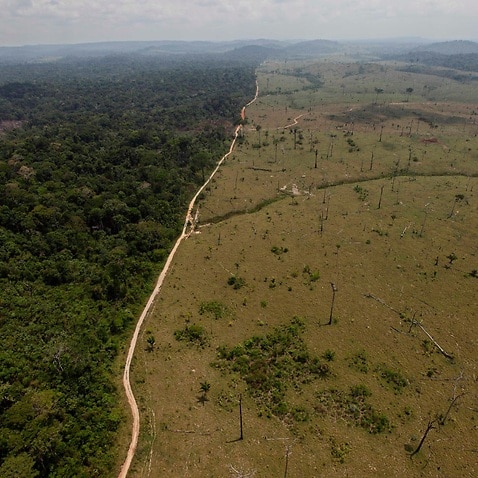 Will Baldwin-Cantello, Global Lead on forests at WWF, said: "Forests are complex systems that depend on the wildlife that live in them to keep them healthy, and the rapid decrease in forest wildlife in recent decades is an urgent warning sign.

"Not only are forests a treasure trove of life on earth, they’re also our greatest natural ally in the fight against climate breakdown. We lose them at our peril. We need global leaders to immediately kickstart action to protect and restore nature and keep our forests standing.” The Forest Specialist Index shows that monitored populations of forest-living birds, mammals, amphibians and reptiles declined, on average, by 53 per cent between 1970 and 2014, the most recent year for which data is available.

Conservation Scientist and report author Louise McRae said: “The first step towards protecting threatened wildlife is understanding trends in their populations and what drives their decline. By focusing our well-established Living Planet Index to create a new indicator for forest species, we can look below the canopy to see how wildlife within those forests are faring. "Our analysis does just this, and reveals that many of the animal species that rely entirely on forests are dropping in number. Using this new indicator, we can continue to track forest wildlife and measure progress towards international agreements and biodiversity targets.”