It has been 50 years since Harold Holt went missing while swimming off a Melbourne beach. His disappearance shocked the nation and conspiracy theories persist half a century on.

Harold Holt drove his maroon Pontiac to Cheviot Beach, just outside Melbourne, on 17 December 1967. It was a Sunday morning and Australia’s 17th prime minister was unwinding after wrapping up his first full year in office.

After watching British round-the-world sailor Alec Rose arriving at Port Phillip Bay, with a group of friends, Mr Holt suggested they head for a swim before lunch.

The 59-year-old Liberal leader had a holiday home in Portsea. He loved spearfishing and was a keen swimmer and diver. He said he knew Cheviot Beach – one of his favourite spots – like the “back of his hand”. But the conditions that day were especially rough. 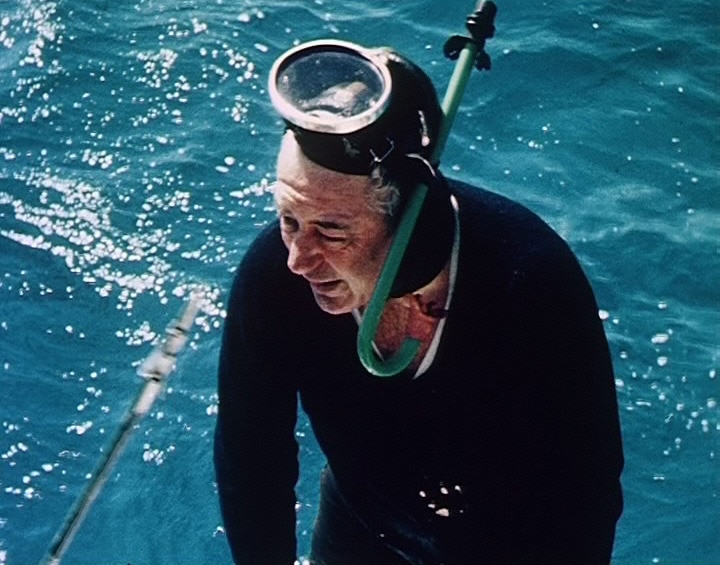 An undated image from the home videos of Harold Holt.
National Archives of Australia

Those he was with described the tide as “very high” and the surf as “very turbulent”. One acquaintance, Martin Simpson, said the strong undercurrent was enough to stop him going in past his knees. Regardless, the prime minister changed into his swimmers and waded into the water. He was seen swimming out to sea before suddenly disappearing.

Marjorie Gillespie, Mr Holt’s neighbour and girlfriend of Mr Simpson, witnessed what happened. She described it as “like a leaf being taken out”. “It was so quick and so final,” she said.

A massive rescue operation began, with dive teams sent out and spotters with binoculars scanning the water from the shore. By evening, nearly 200 people were searching for the prime minister.

Five days later, the search was scaled down. His body was never found.

The police report didn’t arrive at a conclusion about the cause of Mr Holt’s death but said there was nothing to suggest it was anything but an accident. But the accidental drowning of a sitting prime minister - especially without a body - wasn't good enough for some.

“The disappearance of a prime minister in a rough sea corresponds to an Australian preoccupation with the beach as an ambivalent place, at once a proving ground and a threat,” Professor Brown told SBS News.

“His disappearance triggered a range of speculation about connections to political intrigue, personal scandal and international intervention,” much of which has persisted for 50 years. Some suggested Mr Holt, a former lawyer, was a Chinese spy who swam out to a waiting submarine and was whisked away to Beijing. British author Anthony Grey published a book in 1983 supporting the theory, earning it a lifelong place in Australian political folklore.

But Mr Holt’s wife Zara – whose three children he adopted – dismissed the idea, reportedly saying her husband “didn't even like Chinese cooking”.

Others suggested he could have been assassinated.

“It was a time when the vulnerability of politicians, who had also become more public figures, was highlighted,” Professor Brown said.

“John F. Kennedy had been assassinated (in 1963) and Australian Labor leader Arthur Calwell had been shot at and slightly wounded in the 1966 election campaign.” Police also found what looked like a bullet hole in a window of Mr Holt’s office following his disappearance. Holt in an undated picture.
Supplied

Another rumour claimed Mr Holt took his own life, despite numerous accounts from those who knew him suggesting he had been in a normal, positive mood that day.

He was planning for the future; discussing the political agenda he would pursue in 1968. The police report also found he stuck to a regular domestic schedule in the lead-up to the fateful swim.

In a 1985 interview, his wife Zara, who was in Canberra at the time of his disappearance, revealed the last words he said to her: “before god, you’re a rose of a woman”.

She also said she knew her husband had extramarital affairs with several women.

Historian Tom Frame, who wrote a biography of Mr Holt in 2005, told SBS News the conspiracy theories surrounding his disappearance are no more than “fanciful speculation”.

“These stories have been dramatic, more dramatic than the actual circumstances of his death,” he said.

Professor Frame, who is director of the UNSW Public Leadership Research Group - Howard Library, said people are often disappointed that the most obvious explanation is that he drowned at sea.

“As his biographer, I am constantly asked by people what I think happened to him. They wonder if there is a backstory or any substance to the theories that he was assassinated or was spirited away to China in a submarine. The truth is not especially exciting.”

I am constantly asked what I think happened to him.

It was a moment that barely registered in an intense final week for the Australian parliament earlier this month.

But on 6 December, as politicians argued over the details of the bill to legalise same-sex marriage, the son of the prime minister who disappeared half a century ago quietly sat on the sidelines of the Parliament his father once led.

“It's my great privilege to welcome to the floor of the chamber Mr Sam Holt,” the Speaker of the House said. For a moment, the usual commotion of Question Time stopped. “Harold is not a person who feared for his personal safety. He never was; he would swim in places and times when others wouldn’t.’’

“For too long,” Prime Minister Malcolm Turnbull said in Parliament, “Harold Holt's uncertain and tragic end has been the defining feature of his life.”

In his fairly brief time in office, Mr Holt set in motion some landmark policies that shaped the next 50 years of Australian politics.

Within three weeks of his 22-month tenure, Mr Holt began dismantling the White Australia Policy, ushering in a new approach to Australian migration that no longer overtly discriminated on the basis of race. Mr Holt also championed the historic 1967 referendum that saw Aboriginal Australians counted in the census and gave Parliament the power to legislate in relation to Indigenous people. Labor leader Bill Shorten has described Mr Holt’s advocacy on the referendum as his “tallest monument”. More than 90 per cent of Australians voted in favour of the changes and Mr Holt would later establish the Council for Aboriginal Affairs.

Former Labor prime minister Gough Whitlam, who spent years as one of Mr Holt’s main political adversaries, said of him: “He was tolerant, humane and broadminded. His suavity of manner was no pose. It was the outward reflection of a truly civilised human being.”

He was tolerant, humane and broadminded.

Mr Holt is also remembered for controversially ramping up Australia's commitment to the Vietnam War. After visiting the US and meeting president Lyndon Baines Johnson, he popularised the phrase “all the way with LBJ” in Australia. That same year saw 6,000 Australian soldiers sent to Vietnam.

Five days after his disappearance, a visibly distressed President Johnson attended Mr Holt’s memorial service at St Paul’s Cathedral in Melbourne (see video below). He was one of 2000 guests including 19-year-old Prince Charles and British Prime Minister Harold Wilson. Around 10,000 members of the public listened on loudspeakers outside.

“With so many world leaders attending Holt's memorial service, and with an obvious emotional association with his loss, it confirmed that sense of Australia's place within international affairs at that time,” Professor Brown said.

The legacy of Harold Holt is no doubt dominated by his disappearance. For all it’s inappropriateness, he is also immortalised by a swimming pool named in his honour, in Glen Iris, Melbourne. The locals call it ‘Dead Harry's’. 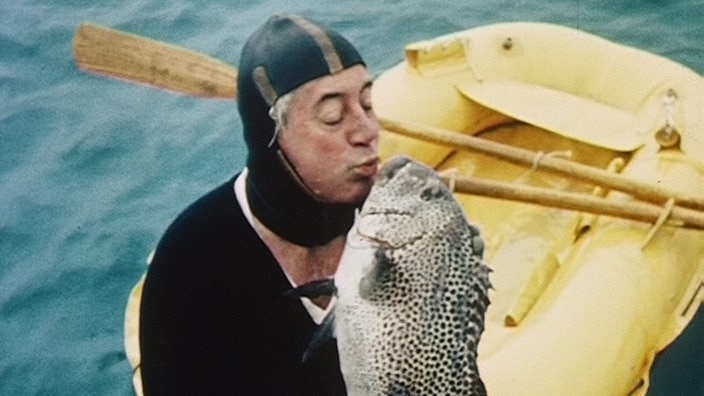 Holt's legacy is dominated by his disappearance.
AAP

In a tribute to Mr Holt, written for the 50th anniversary of his disappearance, Professor Frame said: “None of us would want to be remembered only for something we once said or once did.”

“(He) deserves a more prominent place in the nation’s history as a social reformer, an astute legislator and a democratic advocate who brought humanity to Australia’s highest elected office."

Health Minister Greg Hunt and a number of other senior Liberals will gather at Cheviot Beach for a low-key memorial this weekend.