The return of Indigenous Australian remains, stolen and taken overseas, is closely linked to the fate of the communities they come from, two descendants say.

It's hard for Narungga man Peter Buckskin to grasp how his ancestor's skeletal remains ended up in London's Natural History Museum.

It's a very long way from where he was buried on South Australia's Yorke Peninsula.

Professor Buckskin says his ancestor was dug up during early copper mining exploration about 100 years ago and a local doctor donated his remains to the British institution.

"He was stolen ... donated," Prof Buckskin whispers to me, his lip curled in disgust.

"Imagine if that happened to a member of your family? Who finds skeletal remains and donates them?

"It's because they didn't see us as people, as members of humanity."

The academic and fellow Narungga representative Douglas Milera are in the UK to take their ancestor and 36 other Indigenous Australian remains home.

It's believed that thousands of Indigenous remains were stolen from burial sites or hospitals and prisons and illegally exported overseas for 150 years until the late 1940s.

Some were used in scientific studies but many were gruesomely displayed as exhibits for gawking crowds in museums, scientific institutions and private collections across Europe and North America.

Aboriginal and Torres Strait Islander people were the only Australians to have suffered the appalling trade.

For the Narungga people, the theft of their dead ancestors was not only an insult, but a prelude to the theft of about 95 per cent of their traditional lands by miners and farmers. 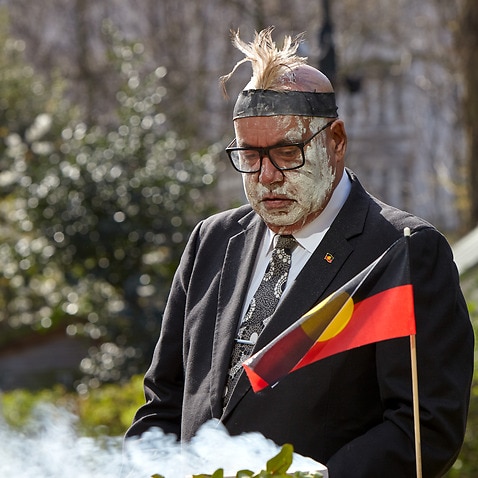 Mr Milera sees a clear link between the current suffering of his community, in terms of mental health and quality of life, and the disturbance of his ancestors' remains.

"On the Yorke Peninsula, we are surrounded on three sides by the ocean so we are known as the Saltwater People, but we see the land as our mother.

"People often say we are hunter-gatherers and we have a nomadic lifestyle, but most people don't understand that we Aboriginal people belong to an area, specifically defined as our own country.

"We never go into another country without permission and our people, even in death, belong to their country and will always be a part of that country."

Prof Buckskin says Australian First Nations people are linked through both their dreaming and their songlines to their particular place.

When the Narungga are not home, even the dead become distressed.

"It's very important for us to take people home to allow their spirits to be free," the academic says.

The Narungga men told me how their ancestor even gave them a sign during the official handover ceremony in London on Tuesday.

A gust of wind blew the Australian flagpole over.

"We thought, well, there's an omen. The old people were sort of saying, well, push that away and get this process done and dusted, you know," Mr Milera chuckled.

Prof Buckskin said it was pretty eerie because an Aboriginal flag hadn't been provided for the ceremony.

"I'm definitely going to share that with our people because they'll be laughing," he smiled.

After 150 years the remains will travel home to Australia.
AAP

The Natural History Museum is also returning the remains of 29 people from the Ngarrindjeri, Far West Coast, Kaurna and Flinders Ranges communities to South Australia.

About 1265 remains have been repatriated from the UK and 1520 worldwide over the past 30 years.

Today, the skulls, bones, complete skeletons and the dried body parts like skin and hair of up to 10,000 Indigenous Australians are still being held in foreign storerooms and collections. 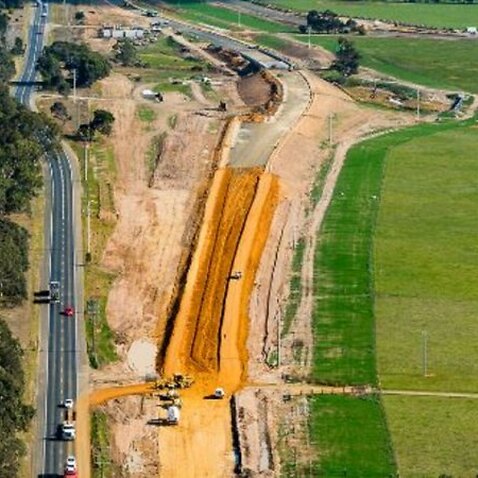 The federal government is  in talks with 35 institutions in 10 countries about future repatriations.

Prof Buckskin wants his Narungga ancestor's return to give hope to all Australian Indigenous nations.

"Their time will come. They (the department) need more money, they can only do so much with the resources they've got, so now it's the Narungga turn," he said.

"All the other language groups in the Kimberley, Torres Strait, their turn will come.

"It's good for the heart and good for the mind, that's what I want to sell to our mob - this is a step in the right direction, it's not moving backward."