Singing in a choir or playing a musical instrument can result in significant physical and mental benefits for people aged over 65.

Researchers at the Western Sydney University's MARCS Institute for Brain, Behaviour and Development say even a small amount of musical training can have long-lasting effects, particularly for seniors.

They say playing a musical instrument in retirement is one of the best ways to stay mentally and physically agile.

Music and psychology researcher with the institute, Dr Jennifer MacRitchie, has been studying the benefits of learning an instrument for the first time in people aged over 65, with her most recent study focusing on the piano.

"Age is only a number, don't worry about how old you are."

She said that while many people are under the misconception that learning a musical instrument was only for young people, emerging knowledge about the brain's ability to learn demonstrates this is not the case.

"Some of the things that people believe about playing a music instrument is that if they've never done it in childhood it's passed them by," she said.

"What we know is that the ageing brain is plastic and we can still learn new skills as we get older.

"So what I wanted to do was a research study looking at people over the age of 65 to see if they could learn to play the piano over a period of six weeks and how that would help their hand function in daily life." 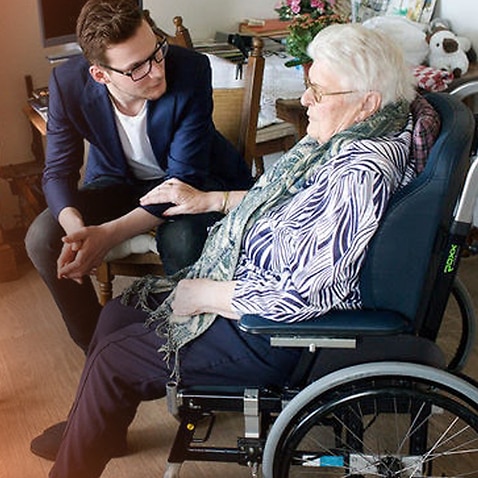 After a six-week course of music lessons earlier this year, Dr MacRitiche looked at how the lessons affected hand function in daily life and said the results were positive.

"They did show increases in their processing speed being able to do tasks a little bit faster and we also saw that the connection between their brain and their hand muscles was a lot stronger," she said.

Dr MacRitchie said playing a musical instrument was a complex task that the body interpreted as a form of exercise.

"Playing the piano - you're using your fingers an awful lot and you don't obviously know that that's what you're doing because it's quite enjoyable," she said.

"So really it's something similar to doing your hand exercises, but because it's a lot of fun and because you're getting other benefits out of it, it's a bit more subconscious."

Study participant Mary Webb, 78, has always wanted to play the piano. Through the study completed earlier this year, she finally got her chance.

"It got my brain going a bit more - you know my fingers, because I have trouble with my fingers and it was good."

Ms Webb said there were also social benefits for her in attending the group lessons.

"Just the enjoyment of music you know, and meeting the other people too," she said.

"That was good because we were in a group and I really enjoyed it." Music therapist Sil Jin uses instruments as well as singing in her work in nursing homes.

She has often observed the power of music, especially singing to alter the mood of even the most uncommunicative nursing home residents.

"I know a lot of music therapists have seen that," she said.

"There are many residents with advanced dementia who can't speak but they can sing. And they can remember every word of the song."

The researchers are planning to expand the study to a larger number of people and an even larger group of instruments.

As for Mary Webb, she has some advice for anyone wanting to learn to play a musical instrument.

"Age is only a number, don't worry about how old you are. Just get in there and do it," she said.

Chilean-born Australian Juan Blankevoort's plays a range of instruments, and on the day SBS visited he played one of his favourites - a Paraguayan harp.

"Music has been a part of my life. A great part of life, all the time," he said.

Now in his 60s, he's been playing since he was young. He said that growing older has made him a better musician.

Blankevoort's love of music was shared by long-time friend Patricio Espinoza who believes that with maturity comes an increased sense of accomplishment.

"With age I guess they mature, they become sweeter when they play and they learn a lot of tricks that we did not know when we we're young," he said.

Mr Espinoza said music was a constant that has stayed with him from an early age.

"I am glad myself that as I have become older, my love of music and my love for the culture of musical instruments and musical life for me has been with me my whole life."