Health experts say particularly covert cases of coronavirus could attract an incubation period of up to 42 days.

Health experts say revelations that a man in China's Hubei Province did not show coronavirus symptoms for 27 days does not mean Australia's two-week quarantine period needs to be extended.

Last week, Chinese authorities confirmed the 70-year-old man developed coronavirus nearly four weeks after after coming into contact with an infected person, prompting some to fear the incubation period could be much longer than first thought.

Professor Raina MacIntyre heads up the biosecurity program at UNSW's Kirby Institute and says while most people who are infected will fall within the standard incubation period, others may take much longer to develop symptoms of an illness. "For every virus, there is a known incubation period range. It can be quite short to quite long and there is an average," she told SBS News.

She compared the situation to the ebola outbreak that has devastated parts of Africa.

"Even for ebola, we generally used 21-day quarantine and people had this thought that it was 21 days but the upper range was 42 days. It's the same with this virus." Official guidelines developed by NSW Health note that some patients could be exposed to coronavirus before an already-infected patient shows symptoms, but the risk is low.

"The large majority of cases appear to be spread from people who have already developed symptoms," the advice states.

"There is preliminary evidence that a very small number of people may have been infectious before their symptoms developed, but this remains unclear.

"More information about this new virus is needed in order to understand when a person becomes infectious."

Professor MacIntyre said while the situation remained fluid and there were examples of extended incubation overseas, Australia did not need to change its approach.

"The majority of people who are going to become ill will do so within 12 days and almost everyone infected within 14, although there might be a few outliers," she said.

"But the quarantine recommendation of two weeks will still be good enough." Doctors examine an x-ray of a lung at a hospital in Xiaogan city at China's central Hubei province.
AFP

Australia's Department of Health says it is monitoring overseas developments and will ensure its ongoing emergency response is flexible.

Professor MacIntyre has credited the Australian government's swift response with limiting the spread of coronavirus in the country.

"Lifting travel bans when cases are going down in China. It's been a very measured, considered and careful response that has so far stopped the virus from taking off within Australia." 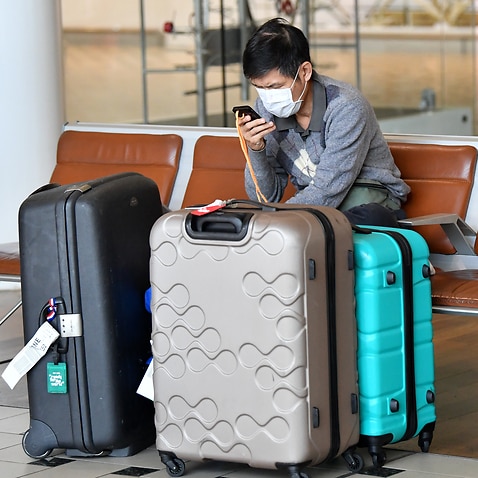 There are currently 22 confirmed cases of coronavirus within Australia. The first 15 patients have been discharged from hospital and are recovering, while the remaining seven developed the virus after returning from the cruise ship off Japan last week.

The coronavirus death toll has climbed to seven in Italy and several Middle East countries are now dealing with their first infections, prompting concern about a global pandemic even as China reported no new cases in Beijing and other cities.

The virus has already infected nearly 77,000 people and killed more than 2,500 people within the Asian nation, most of them in Hubei. Coronavirus: What we know about how it works and how far it could spread

Professor MacIntyre said there was still time to curb the spread of coronavirus provided world leaders unite on the issue.

"It really depends on every country in the world. If some other country drops the ball and lets it take off then that's another hotspot of infection in the world that puts us at risk," she said.

"We have to be equally committed."