Opinion: Pill testing is a rare opportunity to speak to drug users about their drug use, doctors say.

For many years experts in the field of drug policy in Australia have known existing policies are failing. Crude messages (calls for total abstinence: “just say no to drugs”) and even cruder enforcement strategies (harsher penalties, criminalisation of drug users) have had no impact on the use of drugs or the extent of their harmful effects on the community. The use of MDMA (the active ingredient in ecstasy) is common and increasing among young people. In the last three months alone five people have died as a result of using illicit drugs at music festivals and many more have been taken to hospital.

The rigid and inflexible attitudes of current policy-makers contrast dramatically with the innovative approaches to public health policy for which Australia was once renowned. Since the 1970s many highly successful campaigns have improved road safety, increased immunisation rates in children and helped prevent the spread of blood-borne virus infections.

The wearing of seatbelts was made compulsory throughout Australia in the early 1970s. Randomised breath testing and the wearing of helmets by bike riders were introduced in the 1980s. These measures alone have saved many thousands of lives.

The introduction of needle exchange and methadone treatment programs in the late 1980s and, more recently, widespread access to effective treatments for hepatitis C have dramatically reduced the health burden from devastating infections such as HIV and the incidence of serious liver disease.

Each of these programs had to overcome vigorous and sustained hostility from opponents who argued they would do more harm than good. But in all cases the pessimists were proved wrong. Safety measures on the roads did not cause car drivers and bike riders to behave more recklessly. The availability of clean needles did not increase intravenous drug use. Easier access to condoms did not lead to greater risk taking and more cases of AIDS.

We believe — along with many other experts in the field — that as was the case for these earlier programs, the evidence presently available is sufficient to justify the careful introduction of trials of pill testing around Australia.

Specifically, we support the availability of facilities to allow young people at venues or events where drug taking is acknowledged to be likely to seek advice about the substances they’re considering ingesting. Pill testing can’t guarantee no lives will be lost, but the same can be said about all public health policies.
Shutterstock

These facilities should include tests for the presence of known toxins or contaminants to help avert the dangerous effects they may produce. Such a program should be undertaken in addition to, and not instead of, other strategies to discourage or deter young people from taking illicit drugs.

Although pill testing has been widely and successfully applied in many European countries over a twenty year period, it has to be admitted the evidence about the degree of its effectiveness remains incomplete. That’s why any program in Australia should be linked to a rigorously designed data collection process to assess its impact and consequences.

However, we do know that the argument that pill testing programs will increase drug use and its associated harms is very unlikely to be true. Most people seeking advice about the constituents of their drugs will not take them if they are advised that they contain dangerous contaminants.

And it’s easy to avoid false reassurances about safety by careful explanations and detailed information. The opportunity to provide face-to-face advice to young people about the risks of drug taking is one of the great strengths of pill testing programs.

Over the last half century we have learnt public health programs have to utilise multiple strategies and provide messages carefully and tailored for different audiences. What works to combat the harms associated with drug-taking in prisons is different from what works for specific cultural groups or for young people attending music festivals.

The available evidence suggests pill testing is an effective and useful approach to harm minimisation in this last group. We believe it has the capacity to decrease ambulance calls to festival-goers, help change behaviour and save lives.

It has taken until now for pill testing techniques to be developed to a level where they are able to identify the constituents in analysed samples with sufficient precision, reliability and speed. These techniques, and the range of substances for which they can test, will continue to improve over time. On the basis of experience gained in the UK, Europe and Australia it’s clear pill testing is now feasible and practicable. 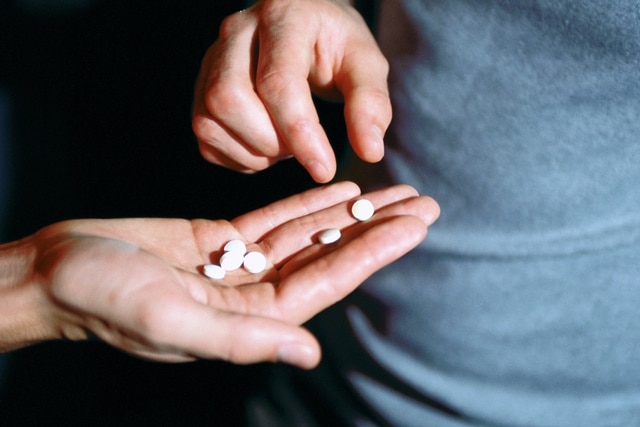 The members of the Australasian Chapter of Addiction Medicine within the Royal Australasian College of Physicians are the main clinical experts in the field of addiction medicine in this country. Together with the Australian Medical Association and many prominent members of the community with experience in this area we feel this is the time for pill testing to be introduced, albeit in careful and controlled circumstances. We believe this position is also supported by peer users, concerned families, and past and present members of police forces across Australia.

The fact the “War on Drugs” has failed does not mean we should give up. There are many new weapons available to us, as we have learnt from the successful public health campaigns of the past. Pill testing will not abolish all the harms associated with drug taking, but if handled carefully, carries the likelihood of reducing them significantly.

Martyn Lloyd Jones has received funding from pharmaceutical companies Indivior and AbbVie for providing educational content and advice. He is an addiction specialist working in Melbourne and the President of the Australasian Chapter of Addiction Medicine, Royal Australasian College of Physicians.

Professor Paul Komesaroff is a practising physician and President of Adult Medicine in the Royal Australian College of Physicians.