Community groups and the local council say they're disappointed by misleading media reports of the privacy curtains for women-only swimming.

Cumberland Council, in Sydney's West, has defended the installation of privacy curtains at a council-run swimming pool, reported as a measure to allow Muslim women to participate in women-only swimming sessions.

The Ruth Everuss Aquatic Centre in Auburn holds two curtained-off women-only sessions each week in one of five pools in the complex.

Critics have branded the curtain a backwards step for integration, with anti-Islam campaigner Kirralie Smith comparing the segregation to apartheid – but community groups and the council say they’ve been disappointed by such reactions, blaming media coverage which they say has portrayed the move as a divisive, controversial issue.

The council said the privacy curtain was installed following significant community demand, and not just from Muslim women.

The area is also used by physiotherapy patients, disabled swimmers and the elderly. The council said women of all ages and backgrounds attend the women-only swimming lessons.

Before media reports this week, there had been no negative feedback, Ms Kenyon said, “despite the fact that women’s only swimming sessions have been held for many years across numerous local government areas without incident”. Burkini Babes change perceptions one ocean swim at a time

Yusra Metwally, who runs a swimming group for Muslim women, said the outrage was ridiculous, blaming “highly misleading” media reports which implied the pool was holding "Muslim only" sessions.

“Really, we’re talking about a curtain, it doesn’t impact people’s access," she said.

Ms Metwally, whose group ‘Swim Sisters’ used to be called ‘Burkini Babes’, said that even with full-body ‘modesty suits’, women could still be self-conscious in mixed public spaces.

“It’s a shame that something that’s a good program to encourage fitness and water safety is being labeled something it isn’t,” she said.

Comments comparing the privacy curtain to segregation or apartheid “completely undermine the apartheid experience,” she said. US Muslim teen wins right to box in hijab

“It’s not a backwards movement, it’s a good one, it will help people integrate,” Mr Alzoubi said.

Mr Alzoubi said the privacy curtain would allow culturally conservative women to participate and engage socially, as well as bringing benefits those who were elderly, body-conscious, or whose partners didn’t like them to be seen by other men.

“Some people don’t care about it, but there are some percentage of people who do care, and we don’t want them to stay at home and be isolated,” he said.

Mr Alzoubi said that several years ago the Auburn Muslim community used to hire out entire facilities in the evenings to swim in privacy, but that the practice had become prohibitively expensive.

“We want to integrate, but there are cultural issues for some people.”

Ms Kenyon said the council encompassed a diverse area - the pool's first booking after re-opening in April was an Afghan refugee group of over 250 people.

“Cumberland has a diverse community - not just in relation to race or religion, but also in terms of age and disability," Ms Kenyon said.

“[The] council also has a responsibility to meet the needs to the community it serves.” 'No choice': Government cuts off funding for Islamic School of Canberra 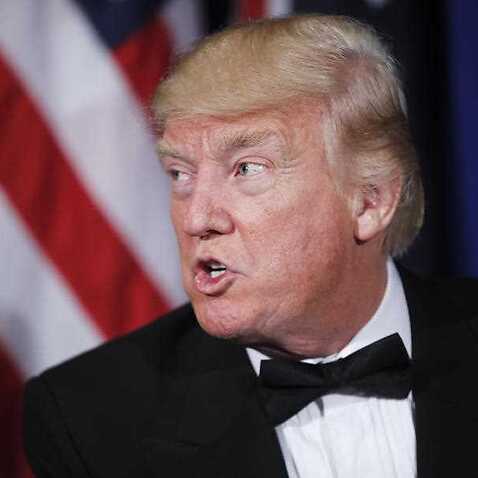