Efforts between the South Australian government and Indigenous leaders to reach a treaty agreement takes a step forward in Adelaide with the signing of the historic Buthera agreement. 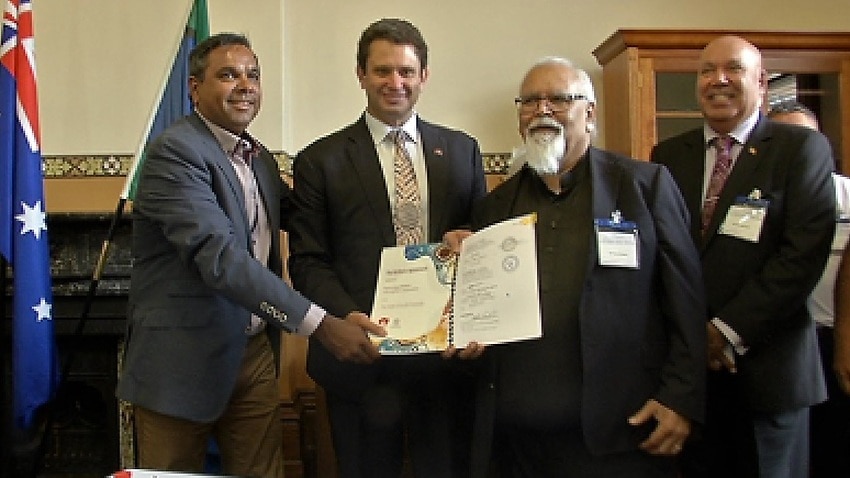 Minister for Aboriginal Affairs and Reconciliation, Kyam Maher, said it had been a “bloody hard” process to reach the agreement, which lays the foundation for a treaty between the state and the Narungga nation.

“There has been a diverse range of views, and it’s not surprising when you get a few dozen people in a room about what are the major priorities, people have different ideas,” he said.

“This is the first time something like this has been attempted in 230 years in Australia. People’s desires, people’s wishes have to be negotiated.”

He said a treaty agreement would commit the state government to help with areas such as economic development, as well as giving Narungga people more say in areas such as justice, education and health.

Read More
Closing the Gap: 10 years on, are we any closer?

Aboriginal leader Tauto Sansbury was among those present to welcome the agreement.

“We’ve got to now make it work,” he said. “I think we’ve got the capacity, the people in the room and outside the room to make that happen.”

“This is a great opportunity for us. Point Pearce is dying for oxygen, and this is the oxygen that we can give it.”

Last month, three Narungga women took out a Supreme Court injunction to halt the agreement, claiming there had been a lack of community consultation during the negotiations.

Kylie O’Loughlin, one of the plaintiffs, said the details of the agreement were not shared with the wider Narungga community.

“There’s no transparency. Even with the agreement, the community still does not know what the agreement is,” she said.

“I’m just devastated, and a lot of people are devastated.”

“Narungga are the guinea pigs, and we don’t know what this is going to be ten years from now, even a year from now.”

The South Australian government has also entered into treaty discussions with the Adnyamathanha and Ngarrindjeri nations.

“They’re progressing very, very well, and they will continue after the March election if Labor is re-elected,” he said.