The extradition bill which sparked the Hong Kong protests has officially been withdrawn for good.

Hong Kong’s legislature has formally withdrew planned legislation that would have allowed extraditions to mainland China, but the move was unlikely to end months of unrest as it met just one of five demands of pro-democracy protesters.

The rallying cry of the protesters, who have trashed public buildings in the Chinese-ruled city, set street fires and thrown petrol bombs at police, has been “five demands, not one less”, meaning the withdrawal of the bill make no difference.

Hong Kong leader Carrie Lam had said many times the bill was as good as dead and said that other demands, including universal suffrage and an amnesty for all those charged with rioting, were beyond her control.

Protesters are also calling for her to stand down and for an independent inquiry into perceived police brutality during a long hot summer of running battles on the streets.

“There aren’t any big differences between suspension and withdrawal (of the extradition bill)... It’s too little, too late,” said 27-year-old protester Connie, hours before the bill was withdrawn. “There are still other demands the government needs to meet, especially the problem of police brutality.”

Most protesters do not give their full name to avoid being identified.

Protesters are angry at what they see as Beijing encroaching on the former British colony’s “one country, two systems” formula enshrined during the handover in 1997, which permits the city wide-ranging freedoms not available on the mainland such as an independent judiciary.

The extradition bill would have allowed defendants charged with serious crimes to be sent for trial abroad, including to Communist Party-controlled courts in China.

The bill was seen as the latest move by Beijing to erode those freedoms. China has denied these claims and accuses foreign countries of fomenting trouble.

A murder suspect whose case Lam had originally held up as showing the need for the extradition bill walked free on Wednesday as the city’s government squabbled with Taiwan over how to handle his potential voluntary surrender to authorities.

Chan Tong-kai, a Hong Kong citizen, was accused of murdering his girlfriend in Taiwan last year before fleeing back to the financial hub. Chan was arrested by Hong Kong police in March 2018 and authorities there were only able to find evidence against him for money laundering, for which he was sentenced to 29 months in prison.

Chan has offered to voluntarily surrender himself to Taiwan, but both Hong Kong and Taiwan have clashed over the next steps.

Hong Kong Secretary for Security John Lee said Taiwan, which China claims as its own, was obstructing the case. 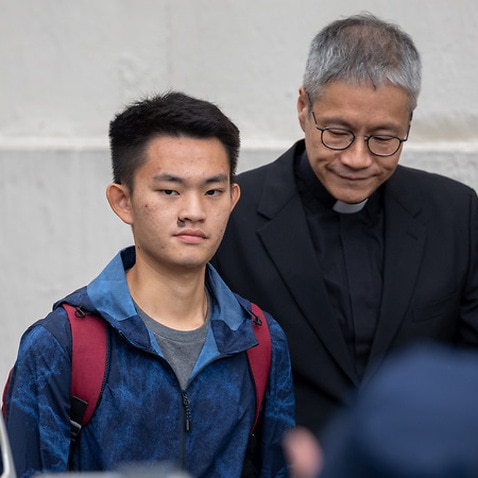 China, which views Taiwan as a renegade province, has offered the “one country, two systems” formula for it to unite with the mainland. Fiercely democratic Taiwan has rejected the offer with Tsai saying this month such an arrangement had set Hong Kong “on the edge of disorder”.

China, which has many times expressed confidence in Lam and her government to end the unrest, was drawing up a plan to replace her with an “interim” chief executive, the Financial Times reported, citing people briefed on the deliberations.

Lam has become a lightning rod for protests and another of the protesters’ demands has been for her to stand down.

The leading candidates to succeed Lam include Norman Chan, the former head of the Hong Kong Monetary Authority, and Henry Tang, who has also served as the territory’s financial secretary and chief secretary for administration, the report said.

A spokesman said Tang did not comment on speculation and that he supported Lam as chief executive.

A senior official in Beijing said the FT story was wrong and none of the suggested candidates listed in the story could possibly take over from Lam based on the Basic Law, Hong Kong’s mini-constitution which came into force in 1997.

But Beijing had prepared all kinds of contingency plans for different scenarios in Hong Kong, including Lam’s administration losing total control of the situation, the official said. 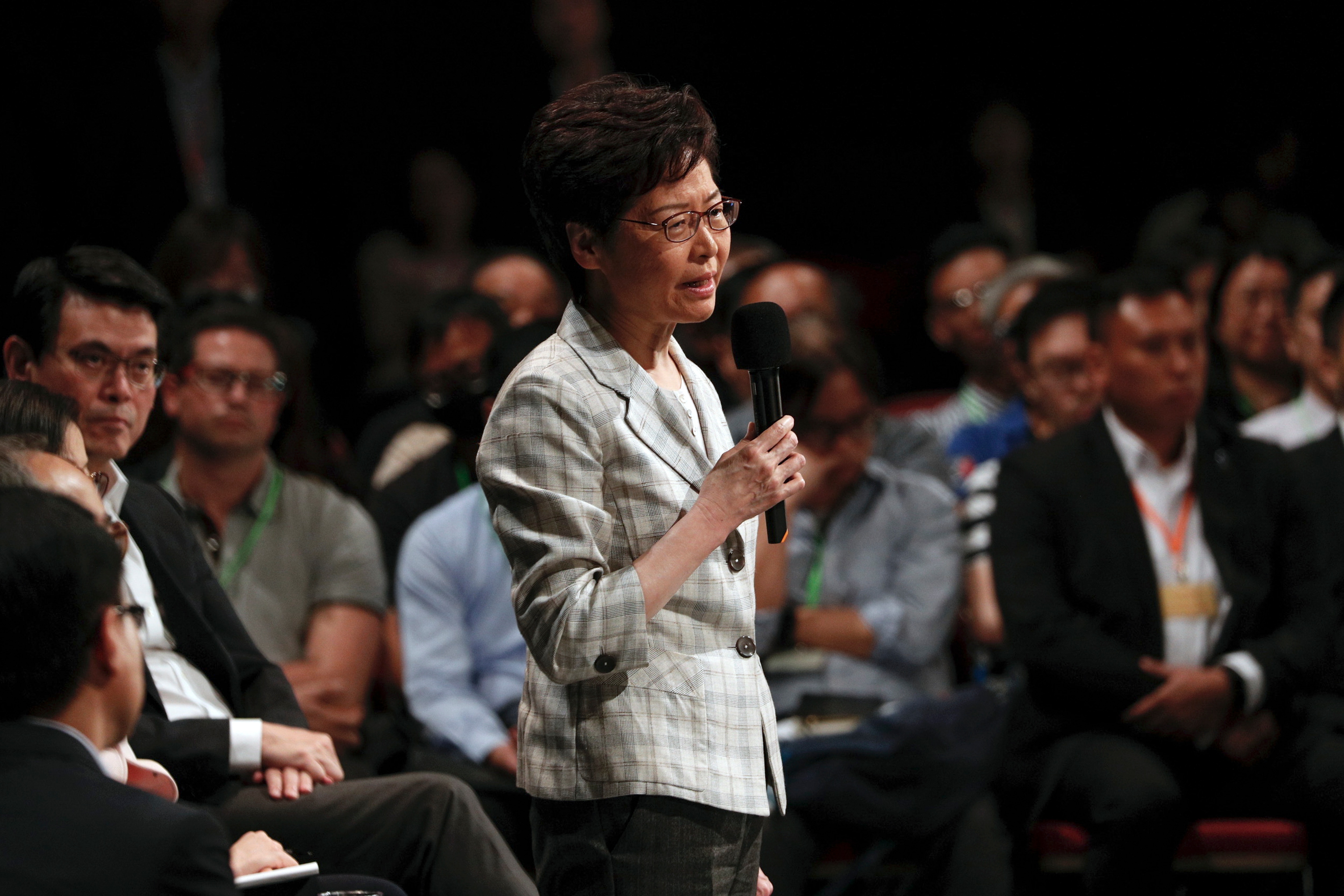 Over recent months, Beijing has set up a special team working from Shenzhen, just across the border from Hong Kong, to gather information and it acts as the major communication channel between Hong Kong and Beijing, according to two people familiar with the situation.

Lam’s office was authorized to talk to the team directly without going through Beijing’s Liaison Office in Hong Kong, one of the people said.

The Liaison Office, the symbol of Chinese rule, was attacked and daubed with anti-China graffiti in July.

In September, in response to a Reuters report about a recording of Lam saying she would step down if she could, she said she had never asked the Chinese government to let her resign.