Canberra quiltmaker Jennifer Bowker has found a way to combat misconception of Arab culture, one artwork at a time.

This profile is part of a series recognising those named in the 2018 Queen's Birthday Honours.

Jennifer Bowker was astonished when people would question how she lived "safely" in the Middle East for so long. 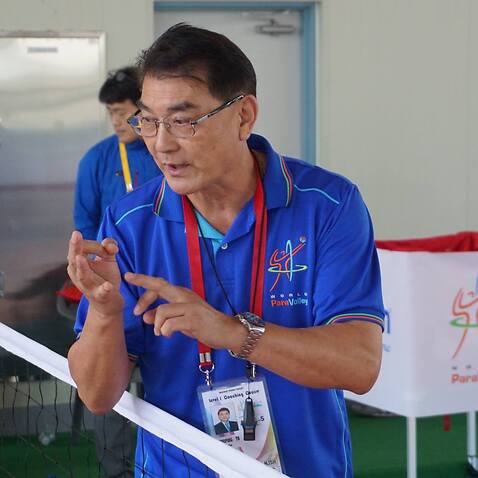 Honours 2018: The migrant who built a Paralympic legacy Honours 2018: The businessman who arrived in someone else's shoes

As the wife of an Australian diplomat, she spent almost two decades in the region living in Egypt, Syria, Jerusalem and Jordan.

“People would sometimes say, ‘Oh heavens, you must be so afraid over there. You know, you’d turn your back and they’d knife you’,” Ms Bowker recalls to SBS News.

“I would find it so offensive.”

But that was far from the experience she'd had with Arab market stall holders who quickly became her friends - and the subjects of her quilts.

“I just wanted to create the sort of image where people could look into a face and see that they were kind and good and gentle,” Ms Bowker said.

“I wanted my friends in America and in Australia … to realise the people I was working with were really great, good people and not in any way people to be afraid of.” Quiltmaker Jennifer Bowker with one of her works
SBS News

Her body of work has led her to being appointed an Officer (AO) in the General Division as part of the Queen’s Birthday Honours list. The award acknowledges her service towards building Australian and Middle Eastern relations, by preserving traditional creative arts through her quilts.

With Ms Bowker's husband working in Gaza, teenage children who didn’t require full-time care, and a part-time job that collapsed, she began quiltmaking as a hobby in Canberra in the 1990s.

She got the chance to develop her skills six months later when she moved to Jerusalem to join her husband, starting off with simple quilts made from Syrian textiles.

But it was in Egypt in 2005 where she decided to venture into something different: featuring portraits in her quilts.

She decided to depict the Egyptian tradesmen she’d encountered trawling through the City of the Dead in her work, taking photos of her subjects before transferring the image on to a quilt.

“I liked taking photographs of people and I would go into an area with my camera and I would take lots of photos of people," she said.

Some of her subjects were hesitant, but Ms Bowker would return a week later with her prints.

“After that, I found I would never again have anyone refuse to have their photograph taken because they all knew that one day I would bring a photo back.

“It meant that you immediately got to know people very quickly.”

One of her favourite quilts is of an Egyptian woodcarver named Abu Ali, who was ill the day Ms Bowker went to deliver some prints to him.

He is shown smiling out of a window as he brushes the back of his white hair, as if embarrassed to be snapped.

Ms Bowker says she deliberately chose everyday Egyptians over those with higher status for her work.

"My husband was with the Australian embassy there and so I'd get vaulted into [meeting people of] high level of status ... I found that the best friends I made were really people who didn't have a lot of income who were working with textiles.

"There's a joy about them, they're gentle and incredibly kind and generous."

Ms Bowker says it's a huge privilege to be recognised in the Queen's Birthday Honours, but part of the recognition deserved to go to the subjects of her quilts.

"People who stand in front of my quilts are looking into the eyes of someone they didn't know before and whose culture they don't understand but I think what it has done is [bridge that]," Ms Bowker said.

“Arabs give friendship very open-heartedly and I miss that."