He is not an Australian citizen. In fact, he has been denied entry into the country.

But that did not stop Iranian Kurdish journalist Behrouz Boochani, currently detained on Manus Island, being awarded Australia's richest literary prize: the $100,000 Victorian Prize for Literature on Thursday.

His book, No Friend But the Mountains: Writing from Manus Prison, is a record of his time there. Judges described the book as "a stunning work of art and critical theory which evades simple description".

Mr Boochani has been on Manus Island since 2013 after fleeing Iran, where he graduated from two Tehran universities with Masters degrees.

Before his book was published, Mr Boochani had been writing articles and using social media to draw attention to conditions inside the Manus Island detention facility.

The book was written in Farsi, predominantly through a trickling of WhatsApp messages to translator Dr Omid Tofighian, an Honourary Associate from the University of Sydney's Philosophy Department.

The winner of the overall Victorian Prize for Literature at the 2019 Victorian Premier's Literary Awards is No Friend but the Mountains by Behrouz Boochani https://t.co/mbOtp1n5NT #VPLA2019 pic.twitter.com/Pwu0CPUpc3

Dr Tofighian first became aware of Mr Boochani in 2016 after he saw an article of his on Facebook.

"I thought that I have to get in touch with this person and first of all, tell them how much I appreciate their work, and also to find out if I can help in any way," he told SBS News.

"We started a slow conversation after that, and when he found out I was an academic, he asked me if I could help him with translating - after that, we took it from there." Mr Boochani started working on what would eventually become the book the day he arrived in detention in 2013, Dr Tofighian said.

"In the latter stages of the project, he was writing as I was translating, so there was a lot of back and forth," he said.

"It was very complicated, multidimensional and also a very collective enterprise."

Alongside the Prize for Literature, the book also won the $25,000 Victorian Premier's Literary Prize for Non-Fiction.

There were questions about Mr Boochani's eligibility for both prizes because entry guidelines stipulate writers must be Australian citizens or permanent residents.

But he was given an exemption by prize administrators, the Wheeler Centre.

“Behrouz's book was published to significant critical acclaim in the eligibility period, and the judges wanted to have the chance to consider it,” Wheeler Centre Director Michael Williams said.

“The judges came back and they were unanimous. They read what they described as 'an extraordinarily strong field of non-fiction' - but even allowing for the strength of that field, Behrouz's work was one that was, for them, an absolute standout.”

Congratulations to all of tonight’s winners – and to each of the incredible shortlisted writers and their publishers! Find out more about the awards, and sample excerpts of the winning and shortlisted titles: https://t.co/OqGbjYyQA8 #vpla2019 pic.twitter.com/lacWKky6o5

One of the reasons the prize is usually restricted to Australian citizens or permanent residents, Mr Williams said, is because the awards aim to celebrate Australian stories.

The judges felt Mr Boochani's book was just as "Australian" as any other entry, Mr Williams said.

“The judges articulated they thought the story of what's happening on Manus Island essentially is an Australian story - it's part of our experience, it's something that we need to own, that we need to understand.”

“That, to their minds, made it completely consistent with the intention of the awards." 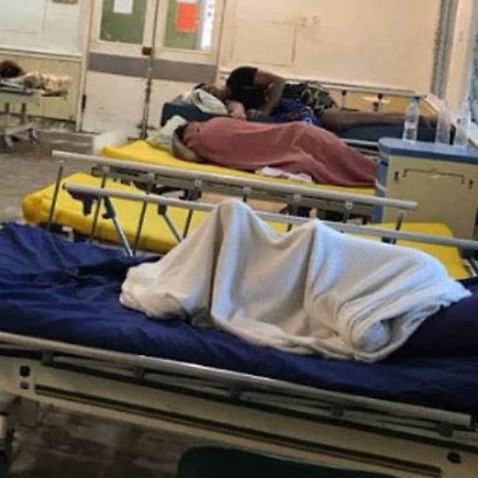 The book's recognition represents a watershed moment not only for literature, but for society as well, according to Dr Tofighian.

“I had a feeling something like this would happen after I read only a few pages of the book - but I didn't think it would happen so quickly," he said.

"It's significant because Behrouz wrote this book and everything associated with it has happened on his own terms. It shows the power people have when there's a support network behind them."