Blind Tiger Yoga is helping people overcome their physical and mental challenges in a unique way.

Deployed to Afghanistan and Iraq during his career in the Australian Defence Force, Tristan Rose knows the sacrifice of active military service.

Having sustained several devastating injuries during his time as a soldier, specialists diagnosed him with a lifetime of chronic pain.

He wasn't sure he'd ever find the right treatment.

“I was extremely sceptical of trying yoga,” the 34-year-old told SBS News.

“But I was at a point when I was recovering from my physical and mental injuries sustained through service that I was running out of options for treatment.” 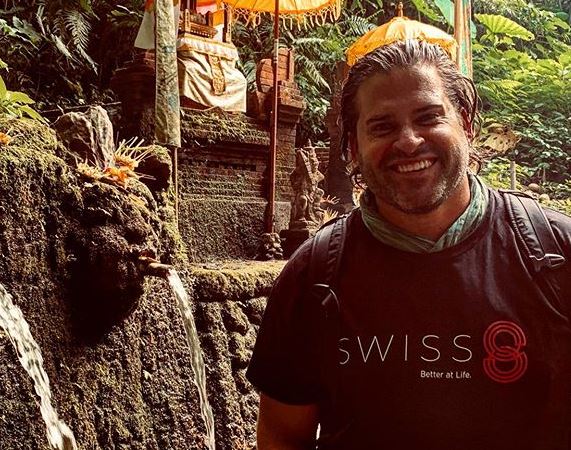 Conscious his ex-military background meant he wouldn't fit in with the clientele at the average yoga class, he began practising it in secret.

It was only when he put on a T-shirt one day without experiencing pain that he knew it was having an impact.

“I was working offshore as a commercial diver at the time and then I heard of my thirteenth friend and colleague that had taken his own life through suicide,” he said.

“It was at that point that I made a reactive choice to utilise the skills that I’d learned through yoga and meditation, refining a style that would be useful and relatable to the veteran and first responder community." A class with members of the veteran and first responder community.
SBS News

The name is derived from his service to the Tiger Battalion - the 5th Battalion, Royal Australian Regiment - and the program is predominantly self-funded, offering tailored classes of yin and nidra yoga. This is how we can better support young veterans, not just on Anzac Day - but all year around

“I definitely think that no veteran or first responder has a smooth transition from their job role into civilian life and [yoga] does provide a community."

“The Blind Tiger program is unique because it’s specifically designed by veterans for veterans,” he said. 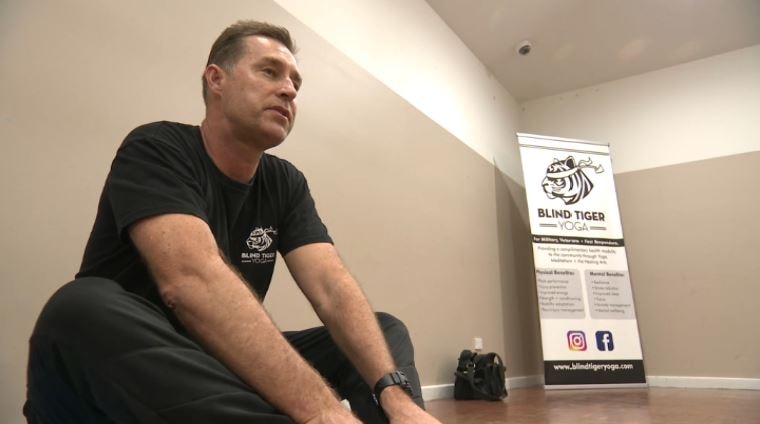 Ross Walker had a "love-hate relationship with yoga for 15 years" before he met Tristan Rose.
SBS News

“We’ve tailored it based on our experiences there [in the field] too.

“The key thing is that they’re practising with a like-minded community of other veterans who understand the veteran experience … they’re with friends and this goes a long way.”

The 49-year-old says the slow pace of yin yoga is particularly accessible to the veteran and emergency service community who have “suffered trauma and hold injuries from their service.” “After 30 years in the army I had a bit of separation anxiety so I started practising yoga and meditation on a daily basis,” he said. Having sustained severe, permanent injuries during a military training accident early on in his army career, Ross was medically retired in 2017. He says the floor-based practice of yin yoga lends itself to modifications for those living with injury.

“I suffered major lower limb injuries early on in my service and I suffer mental health as a result of that,” he said.

“I think yoga has helped my range of motion, flexibility and has helped with managing the chronic pain.

“It helps release stress and tension from my body and mind.”

A mental and physical release

According to a 2018 Mental Health and Wellbeing Transition study, nearly three in four transitioned Australian Defence Force members have experienced a mental illness.

Among those deployed during their service career, the most prevalent experience is post-traumatic stress disorder (PTSD).

Professor David Forbes from the Phoenix Australia Centre for Posttraumatic Mental Health says yoga can be used as a tool to help ease some symptoms.

“Yoga, mindfulness, meditation and exercise are really important for lowering the levels of arousal we see in PTSD … that sense of ongoing readiness to respond to threat that taxes the body,” he said.

“Those activities move the body into a state of repair and restore.” 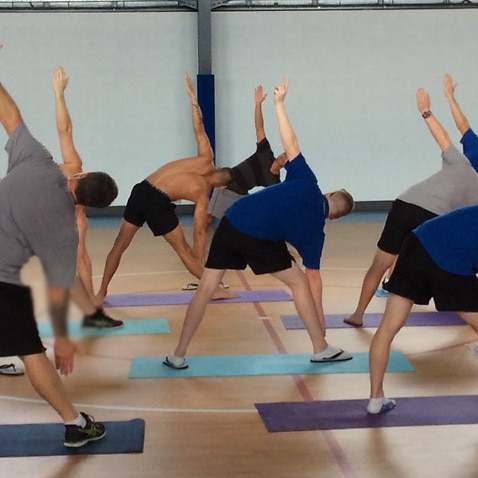 Recently retired from the Australian military after 48 years, Liz MacLaine has been attending Blind Tiger Yoga for two years.

“I tried Blind Tiger Yoga at the army reserve unit I was at [and] was sceptical at first, but I believe in trying something once, maybe three times,” she said. Another participant, US Air Force veteran Milo Rodgers, says the camaraderie of the group has helped him break down the barriers around mental health.

“I was experiencing a lot of stress, anxiety and depression,” he said.

“I’m also a veteran who suffers from PTSD so I needed something to help me calm down and keep my stress levels down.”

“My wife has noticed a change in me." 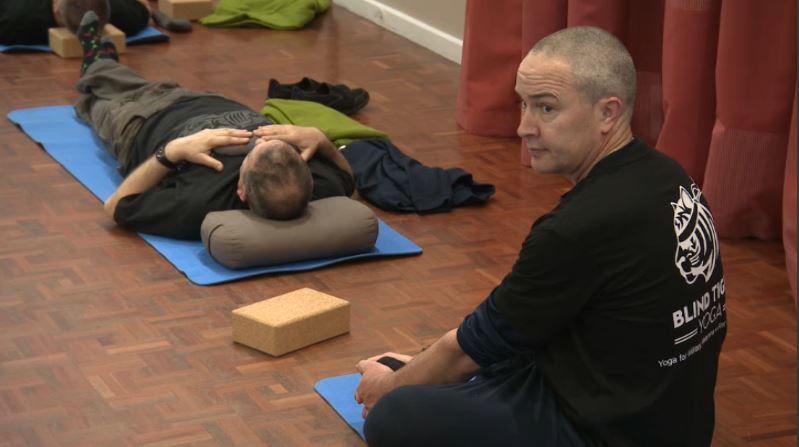 Mark Thomas has been attending Blind Tiger Yoga and says it helps him on a daily basis.
SBS News

It is a feeling shared by first responder Mark Thomas.

“I am diagnosed PTSD, I was looking for more tools to put in my mental health toolbox,” he said.

“Being started by, and run by, former defence personnel certainly helped me because they understand trauma [and] I’ve got trauma."

The 47-year-old was surprised by the way yoga helped him to “function on a daily basis”.

“I’d never heard of, let alone practised yin yoga or yoga nidra, so I had that general [perception] of what society makes yoga out to be,” he said.