Donald Trump has been embroiled in a new bombshell in the Russia investigation.

When Donald Trump took a run at building a tower in Moscow in the middle of his 2016 presidential campaign, it was the high point of a decades long effort to plant the “Trump” flag there.

The role his former lawyer Michael Cohen played in the endeavor entered the spotlight again Thursday after he pleaded guilty to misleading Congress. But the effort was led in large part by Felix Sater, a felon and longtime business associate with deep ties to Russia.

To get the project off the ground, Sater dug into his address book and its more than 100 Russian contacts — including entries for President Vladimir Putin and a former general in Russian military intelligence. Sater tapped the general, Evgeny Shmykov, to help arrange visas for Cohen and Trump to visit Russia, according to emails and interviews with several people knowledgeable about the events.

For months, the felon, the former Russian intelligence officer and Trump’s lawyer worked to land the deal, speaking with a Putin aide, Russian bankers and real estate developers. But by July 2016, with Trump having secured the Republican presidential nomination and accusations of Russian election interference heating up, the project was abandoned, and neither Cohen nor Trump traveled to Moscow. 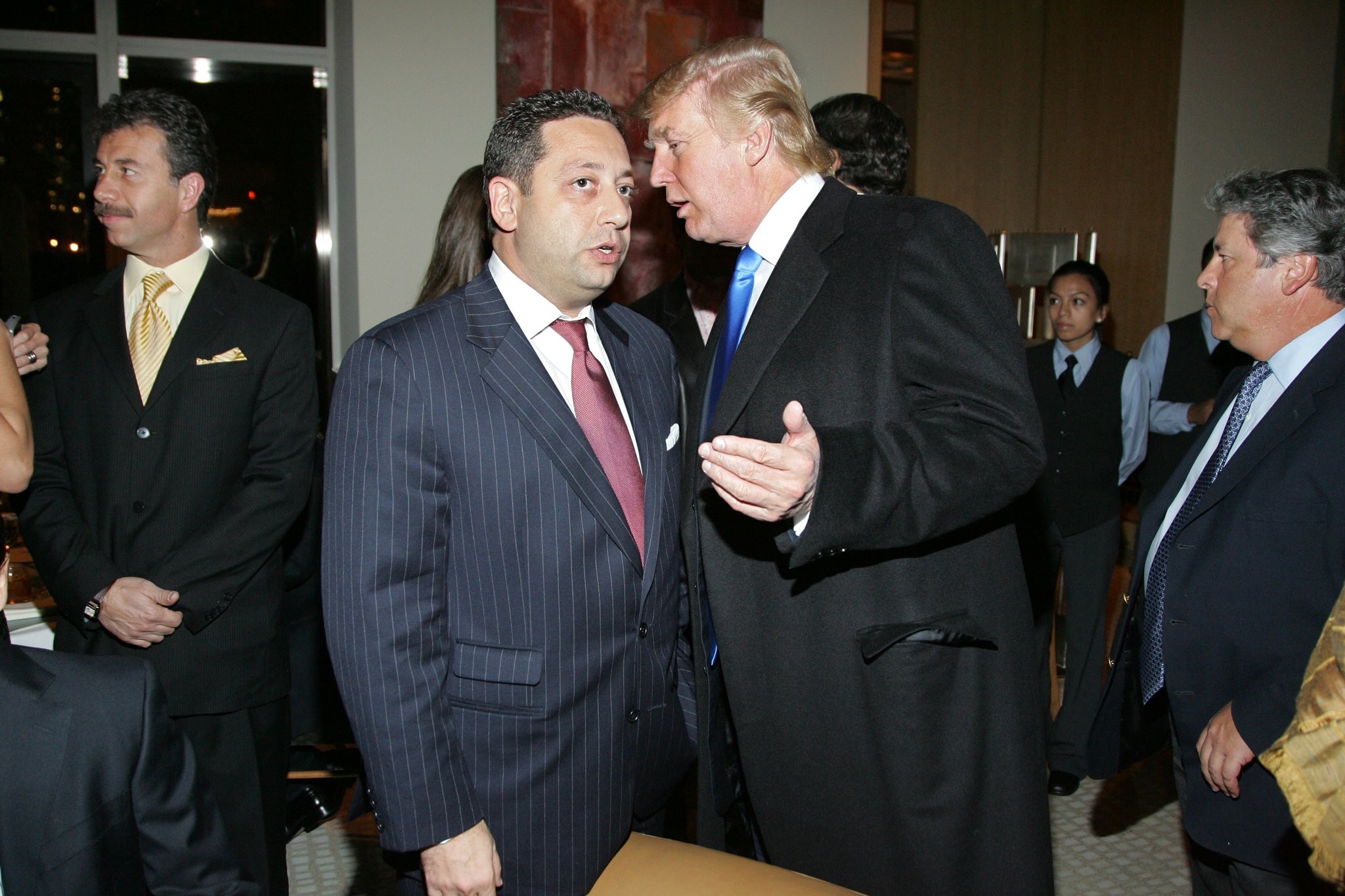 The improbable story of the Trump Tower Moscow deal was thrust onto center stage again Thursday after Cohen admitted lying to Congress about his role in the project. Cohen told special counsel Robert Mueller that his involvement went on far longer, and his contacts with Russians and briefings to Trump were more frequent, than he had previously claimed.

Cohen’s recollections, disclosed in a court filing Thursday, as well as documents related to Sater’s work for the Trump Organization that were obtained by The New York Times, provide a fuller picture of Trump’s pursuit of business in Moscow.

His effort in 2016 was only the latest episode in a long, sporadic quest dating to the 1980s. But as the Trump brand became increasingly common, emblazoning hotels and commercial towers around the world, a Russian equivalent never quite came together — even after Trump secured trademarks in the country and sent emissaries, including his children, to scout for deals. 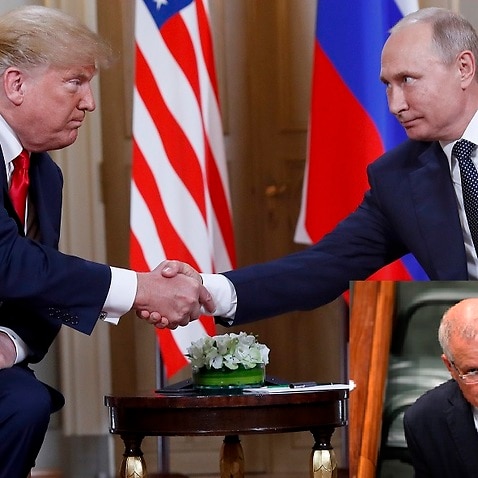 Trump calls off G20 meeting with Putin, Morrison still hoping for his turn

One deal that almost got off the ground in 2005 — a Moscow tower on the site of a former pencil factory — was also pitched by Sater, an American citizen who immigrated as a child from Russia. He was working at the time for Bayrock Group, a development company that partnered with Trump on several hotel projects in the United States.

Sater, who sometimes carried a business card identifying him as a “senior adviser” to Trump, pursued Russian deals throughout the 2000s. On one visit in which he was accompanied by Donald Trump Jr. and Ivanka Trump, he arranged for Ivanka Trump to sit in Putin’s chair during a tour of the Kremlin, he said in emails to Cohen.

Sater drew on connections he had made in Russia in the late 1990s when he began secretly working for U.S. intelligence agencies, which in turn helped lessen his penalty after a guilty plea in a $40 million securities fraud case. (He was previously convicted after slashing a man’s face in a New York City bar fight in 1991.) He told the House Intelligence Committee last year that he had cultivated a network of foreign contacts that included “ranking intelligence, military operatives and military research facilities.” 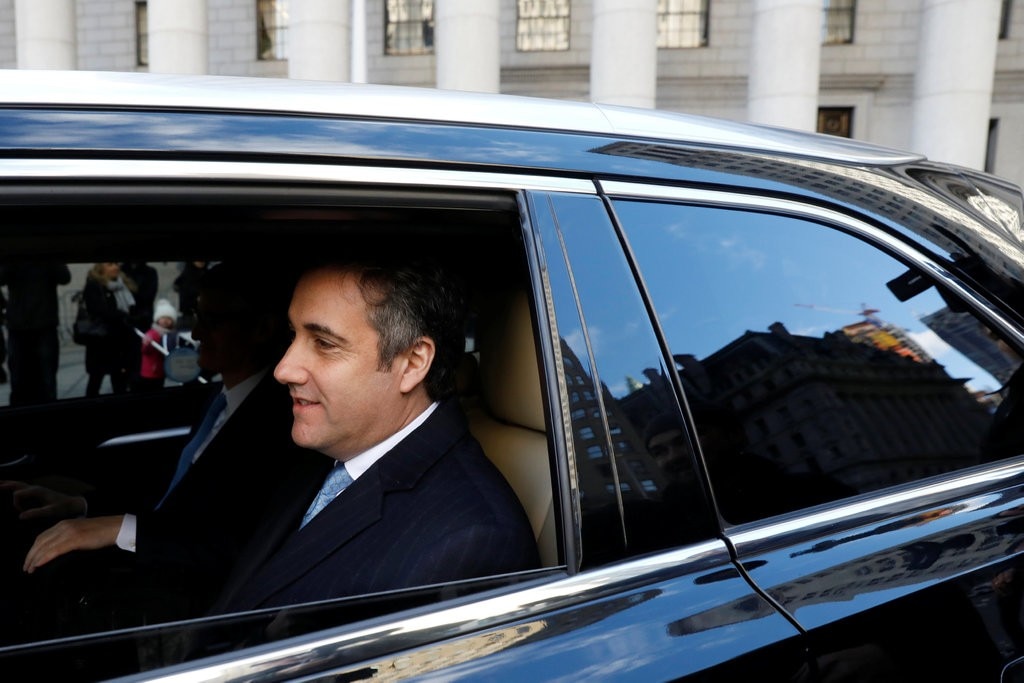 The president’s former lawyer Michael Cohen, who pleaded guilty to misleading Congress about his role in trying to secure a Trump Tower project in Moscow.
Andrew Kelly/Reuters

One of his contacts was Shmykov, who worked with anti-Taliban fighters in Afghanistan in the late 1990s and early 2000s while serving in Russian military intelligence, according to documents and online research. Shmykov, 62, has a profile on a Russian social media site that says he attended the Academy of the Federal Security Service of the Russian Federation, which trains intelligence personnel.

Contacted by The Times, Shmykov declined to answer questions, but directed a reporter to photos of his time in the military, including one in which he appears with Sater, saying, “In these photographs are answers to all your questions.” Sater declined to comment. 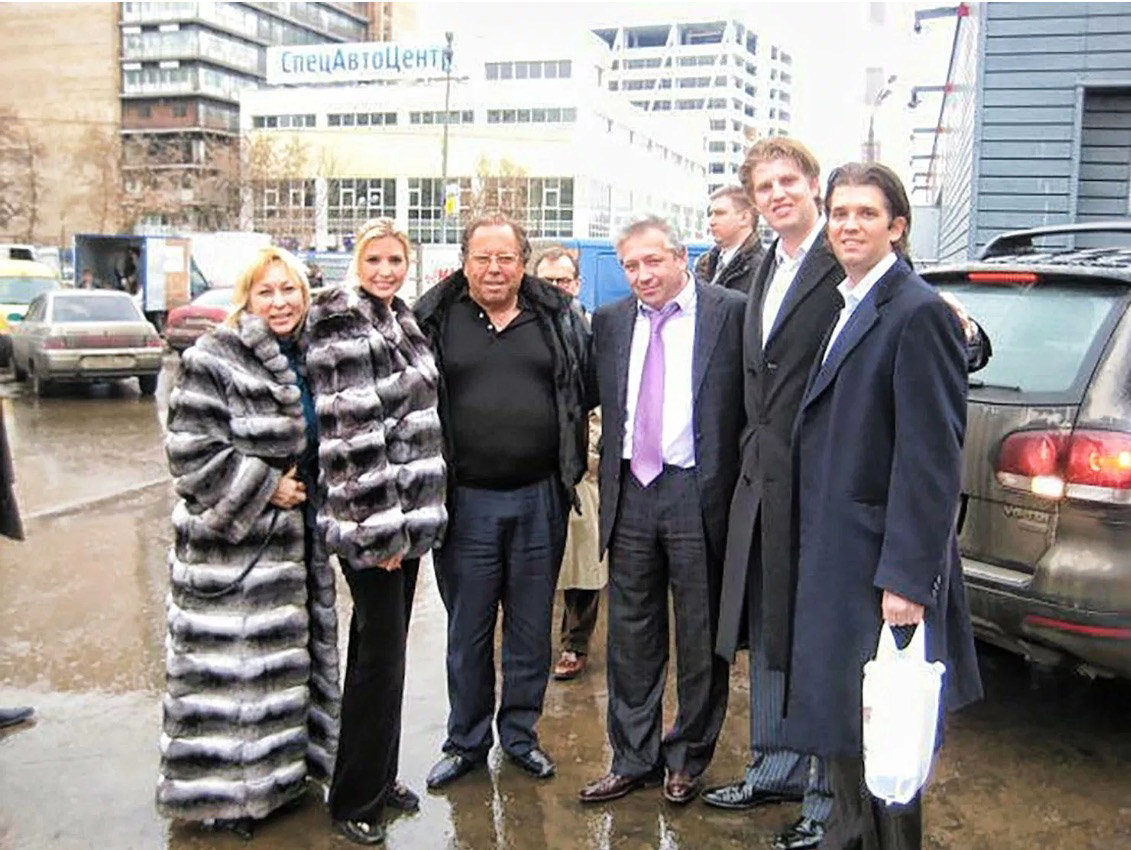 Sater enlisted Shmykov in late 2015, when, with the U.S. presidential race well underway, he was making his latest push for a Trump Tower deal in Moscow. Sater had been exchanging emails and phone calls with Cohen about resurrecting plans for the tower. The two men were friends, and Sater seemed almost giddy as he explained to Cohen how he would use his connections to “get all of Putin’s team to buy in on this.”

“Buddy,” Sater wrote, “our boy can become President of the USA and we can engineer it.” Cohen emailed Sater in December 2015, linking to a news story about Putin praising Donald Trump. In the email, Cohen said: “Now is the time. Call me.”

A couple of days later, according to copies of emails reviewed by The Times, Sater emailed Cohen with an urgent request. He said he had Shmykov on the phone, and he needed passport information for Cohen and Trump so they could receive visas. Sater explained that the Kremlin could not issue them for diplomatic reasons, and that they would instead come from VTB bank as part of “a business meeting not political.”

The chairman of VTB, one of the largest state-owned banks in Russia, has denied that his bank was involved in the project.

Sater later testified to the House Intelligence Committee that the tone of his emails reflected overeagerness on his part, and that he did not really have serious ties to the Kremlin. He said his suggestion that the hotel deal could help Trump get elected simply meant that he believed it would generate positive publicity for the campaign.

In their report on Russian interference in the election, committee Republicans accepted assertions by Cohen and Sater that the Trump Tower project was a business venture with no political overtones. The report — which makes no mention of Shmykov or his role — concluded that no “element of the Russian government was actually directly involved in the project.” 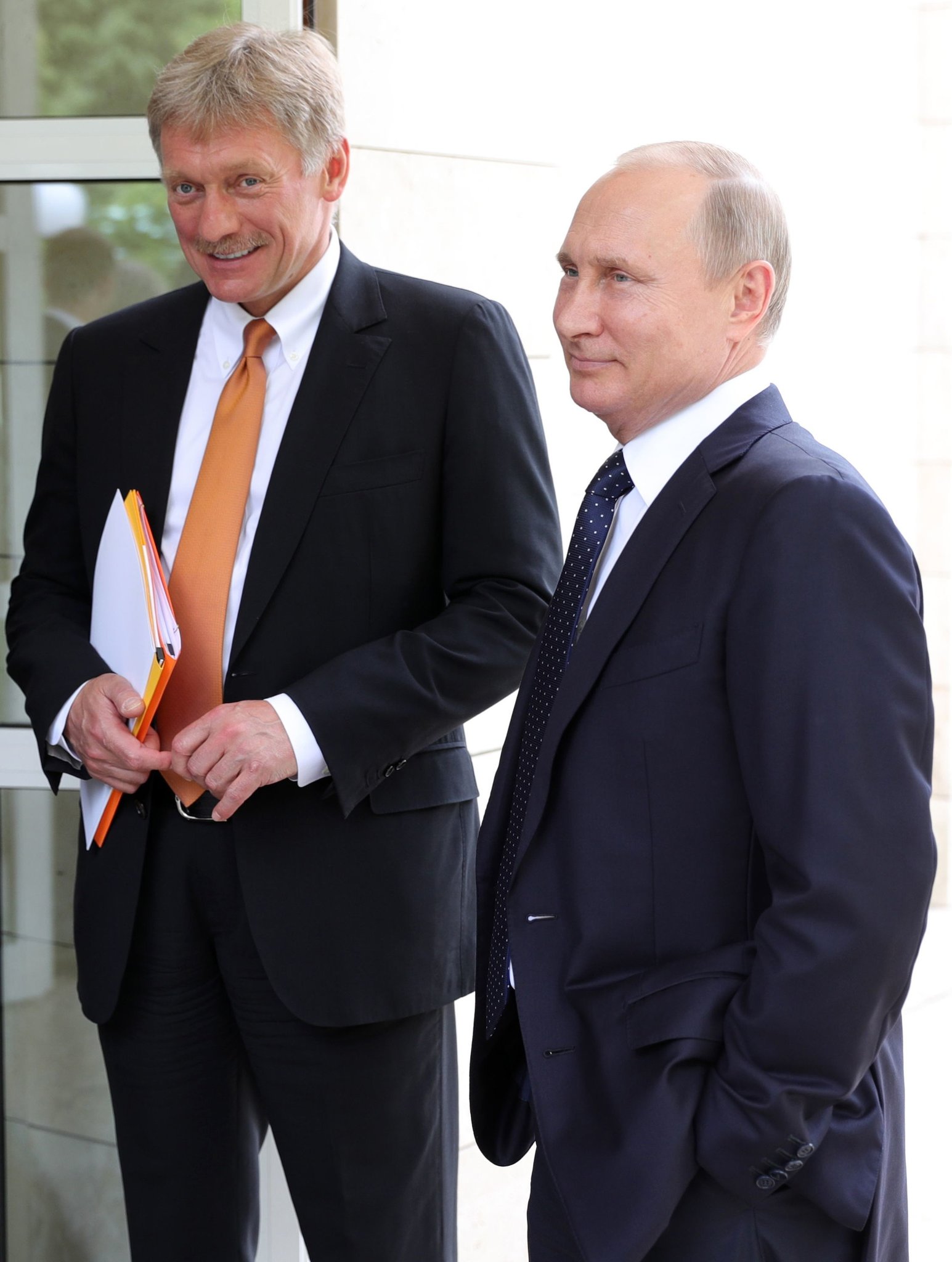 Cohen’s guilty plea Thursday casts that conclusion in a new light. Among other things, Cohen now admits that he tried multiple times to reach Putin’s press secretary, Dmitry Peskov, who had an aide contact Cohen to discuss the tower project. Cohen said he had a 20-minute conversation with the Kremlin aide in January 2016, who “asked detailed questions and took notes, stating that she would follow up with others in Russia.” 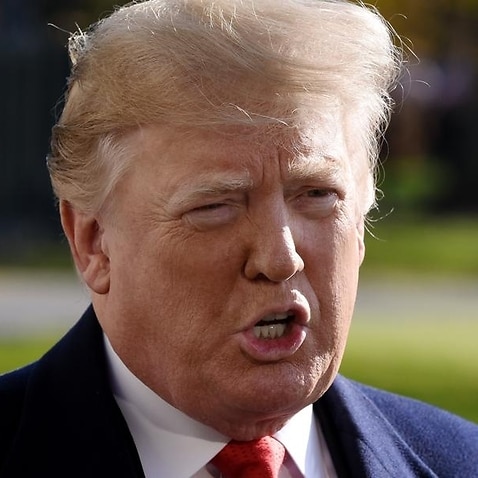 In a message to Cohen the next day, Sater mentioned Putin and said he had heard from someone about the project: “They called today.” Later, in May 2016, he told Cohen that a Russian official had invited the lawyer to an economic forum in St. Petersburg, where it was hoped he could meet Putin.

Cohen initially agreed, but later met with Sater in the lobby of Trump Tower in New York and said he would not be going.