Jack Ma is China's richest man, with a net worth of more than $45 billion, but he came from humble beginnings and now wants to devote his time to philanthropy.

Jack Ma was a cash-strapped Chinese entrepreneur and former English teacher when he convinced friends to give him $60,000 to start a Chinese e-commerce firm called Alibaba in 1999.

Almost two decades later, Alibaba is an internet juggernaut and Ma is among the world's richest men, with a net worth of more than $40 billion, according to the Bloomberg Billionaires Index.

But the company's chairman is now retiring, telling The New York Times that he plans to step down on Monday - his 54th birthday - to devote his time to philanthropy focused on education. 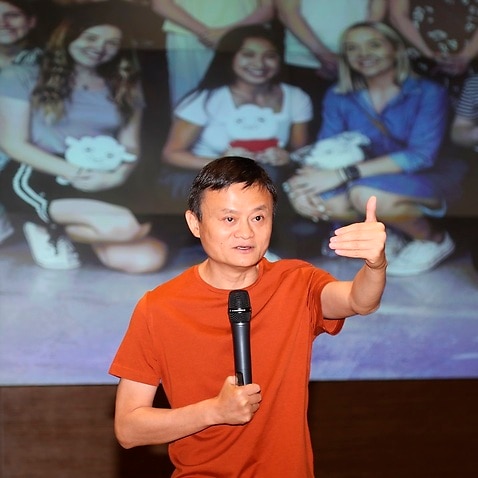 Its portfolio includes Tmall.com for business-to-consumer transactions and Taobao, China's most popular online consumer marketplace with hundreds of millions of products and services listed.

The company has now become a player in online payments and films, and it has been pouring investment into an array of ventures, including bricks-and-mortar retail, cloud computing, meal delivery and advertising.

It owns a stake in China's hugely popular Twitter-like Weibo platform and in 2015 it bought the South China Morning Post newspaper.

Alibaba set up an an Australian headquarters in Melbourne in 2017, headed by Maggie Zhou, to make it easier for local business to sell into China.

“A physical Alibaba headquarters is a key step in ensuring Australian businesses have the support and information they need to succeed in China and the rest of the world,” Zhou said at the time. But Jack Ma's connection to Australia goes much deeper thanks to his friendship with the late Ken Morley, a local electrical engineer, who helped Ma on his journey from a poor youth to e-commerce tycoon.

The pair met while Morley was on a trip to China in 1980. Morley brought young Ma to Australia in 1985 for his first overseas trip, when he spent nearly a month in Newcastle, an experience which the Chinese businessman said had "totally changed my future". 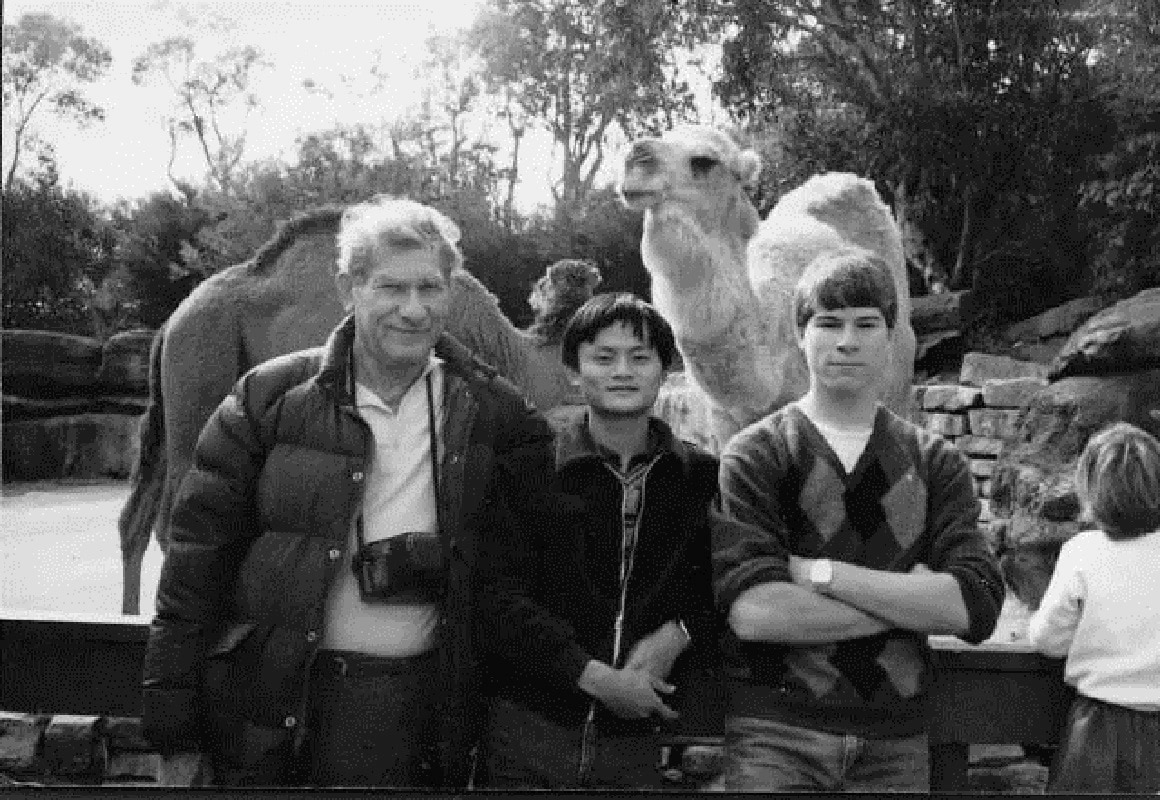 In February last year, Ma returned to Australia to give the University of Newcastle $US20 million as a tribute to his late Australian friend.

"I am very thankful for Australia and the time I spent there in my youth," Ma said during his visit.

"The culture, the landscape and most importantly its people had a profound positive impact on my view of the world at that time.”

Ma's financial gift was to initially fund 30 scholarships at the University of Newcastle for Australian students.

Ma, whose Chinese name is Ma Yun, has often described himself as something of an accidental entrepreneur, giving up his university teaching for the hustle of trade after discovering the internet.

Seeing an opportunity for small businesses to buy and sell their goods online, he started Alibaba, initially running the company out of his apartment in the eastern city of Hangzhou, where the company's headquarters remains.

He has inspired strong devotion among his employees and users, drawing comparisons with late Apple co-founder Steve Jobs - although he practices a more open management style. 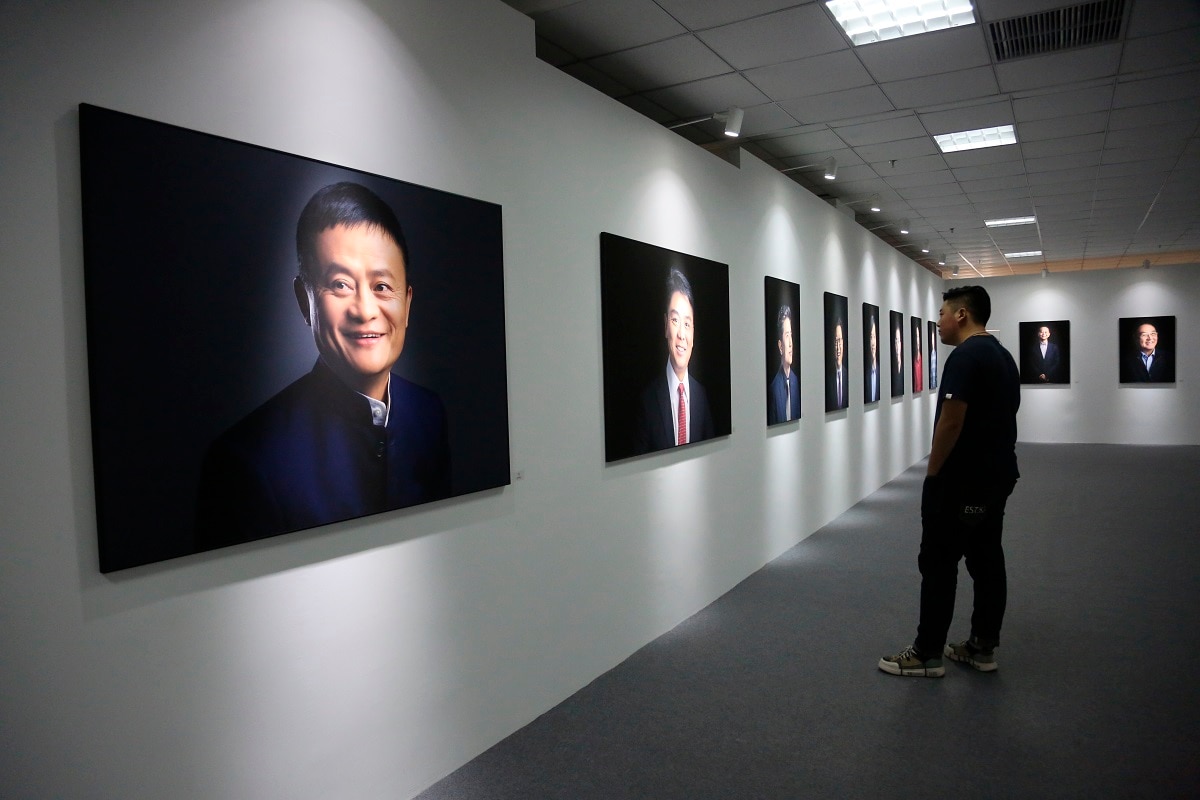 He is one of the most colourful of China's growing crop of billionaires, performing a Michael Jackson-inspired dance routine at the company's 18th anniversary celebration last year, and starring in his own kung fu short film.

He likes to recount his stories of rejection, such as the time he was turned down for a job at the KFC fast-food chain and being rejected by Harvard "10 times".

Ma's success was evident after Alibaba's Taobao bested eBay in China, forcing the US auction site to largely withdraw from the country in 2006.

He retired as Alibaba's chief executive in 2013, eventually handing the reins to his protege Daniel Zhang, but he remained active within the company, providing strategic direction as chairman.

Ma has long shown an admiration for Microsoft founder Bill Gates who has donated vast amounts of his wealth to philanthropic causes.

Like Gates he has created his own eponymous foundation - the Jack Ma Foundation - which he says will push his original calling: education.

"This is something I think I can do much better than being CEO of Alibaba," he told Bloomberg TV recently.

Speaking at an event in Australia in 2017, Ma explained his view on philanthropy.

"Spending money is more difficult than making money, especially for philanthropy, where we have a good heart, you should also have good knowledge and capability to spend money. Otherwise you are doing good things with good heart in a terrible way."