Working women in Australia who don't receive additional paid parental benefits from their employers are comparatively 11 times worse off than their counterparts in Estonia.

Paid parental leave is on the agenda this week after the government introduced plans to limit entitlements to parents who “double dip” and receive benefits from both the government and their employer.

Currently in Australia, working parents are entitled to a total of 18 weeks of tax-payer funded leave paid at the minimum wage rate of $672.60 per week before tax. New mothers eligible for the Paid Parental Leave scheme are also entitled to any additional paid leave provided by their employer.

So how does this stack up to what’s on offer across the globe? According to a recent report issued by the OECD, Australia’s parental leave entitlements fall below the average for OECD countries.

The figures are compiled from 2015 data and are measured in terms of how many weeks leave a new mother is entitled to, and at what rate that leave is being paid. The latter is calculated as a percentage of that country’s average national income.

The report estimates that Australia's minimum wage entitlements are equivalent to just 42 per cent of the average full-time worker's income. On this reasoning, Australian mothers who aren't paid extra entitlements from their employers receive the equivalent of less than two months pay at the national average rate.

A new mother in the same circumstances in Estonia is around 11 times better off according to the data, as they are entitled to the equivalent of 85 weeks of leave paid at the country's average salary.

Unlike the 18 weeks available to Australian mothers, women are able to receive these entitlements over a three year leave period which is paid at 51 per cent of national average wage.

Similarly in Bulgaria, mothers have access to 74 weeks of leave paid at the national average salary, or 110 weeks at 67 per cent. Most of this is made up of maternity leave, with the equivalent of a year of full-time pay offered to new mums.

The International Labour Organisation's minimum standard for maternity leave is 14 weeks, with maternity leave being defined as the "employment-protected leave of absence for employed women" directly before and after childbirth. Parental leave is defined as leave taken thereafter and the OECD report considers both combined.

A total of 71 weeks of leave paid at the national average salary is available to Hungarian mothers after having a child. Alternatively, they can take 160 weeks of leave at 44 per cent of that salary.

Both maternity and parental leave benefits are paid at 100 per cent of the nation’s average salary in Lithuania and women are entitled to a total of 62 weeks leave, 18 of which fall under maternity leave and 44 as parental leave.

Just over a year of leave at the national average pay is available to mothers in the Czech Republic. Parental leave can be taken at any time within the child's first three years of life and maternity leave is increased if a mother has twins, according to the Ministry of Labour and Social Affairs. Fourteen weeks of leave is also given if a child is delivered stillborn.

The total amount of leave extended to Czech mothers is quite similar to other European countries such as Norway, Finland, Slovenia and Germany which offer just under a year of leave at full pay, and Latvia and Slovak Republic which offer 54 and 52 weeks respectively.

How do we compare

While Australia’s 7.6 weeks of national average pay fares poorly against these countries, they are similar to our nearest neighbour New Zealand which offers 7.7 weeks at their equivalent rate.

The United States on the other hand, offers no paid leave to mothers. 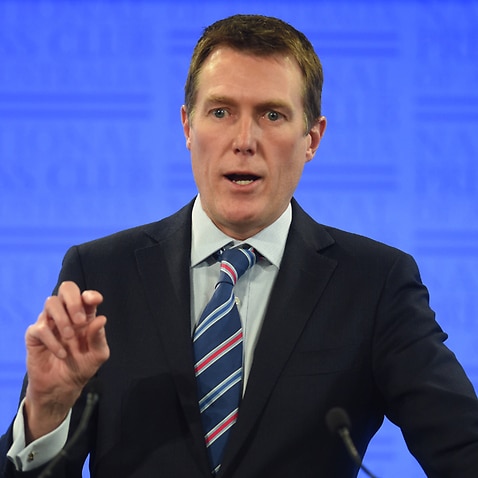 Paid parental leave back for debate