At the beginning of January, China banned foreign waste imports, including waste paper, textiles, plastics and certain types of metals.

While the measure sent shockwaves through the international waste processing industry, environmental activist Ma Jun told SBS News the ban was a positive step for China.

"Local service providers were not complying with the law, and the materials they were receiving weren’t up to certain standards, making it even harder to process the waste in a clean and environmentally-friendly way.” Since the 1980s, China has been the primary destination for waste from Western countries, including Australia, the US and UK.

The materials helped to feed the country’s booming manufacturing industry, but in recent years Beijing turned its focus towards transforming into a service-based economy and improving its environment. Big Brother is coming: Inside China's plan to rate its 1.3 billion citizens

"It will encourage the domestic industry to become more efficient.”

Xiandou works with businesses across Beijing, relying on internet technology to collect and organise waste to be sent to paper-making factories.

"They don’t have the capital or facilities properly process waste gases and other residue. I saw there were a lot more opportunities in this business to expand the scale, standardise it as a chain to make the system more modern."

Mr Fang said in the time since the foreign waste ban was announcement last year, the price of cardboard has increased by almost 80 per cent, but he said it’s not only the price that has changed.

“The environmental controls are getting stricter. Probably several years ago, if you didn’t meet the standards you just (receive) a fine. But these past two years, it’s been completely different, if you don’t meet standards you’ll be shut down.” 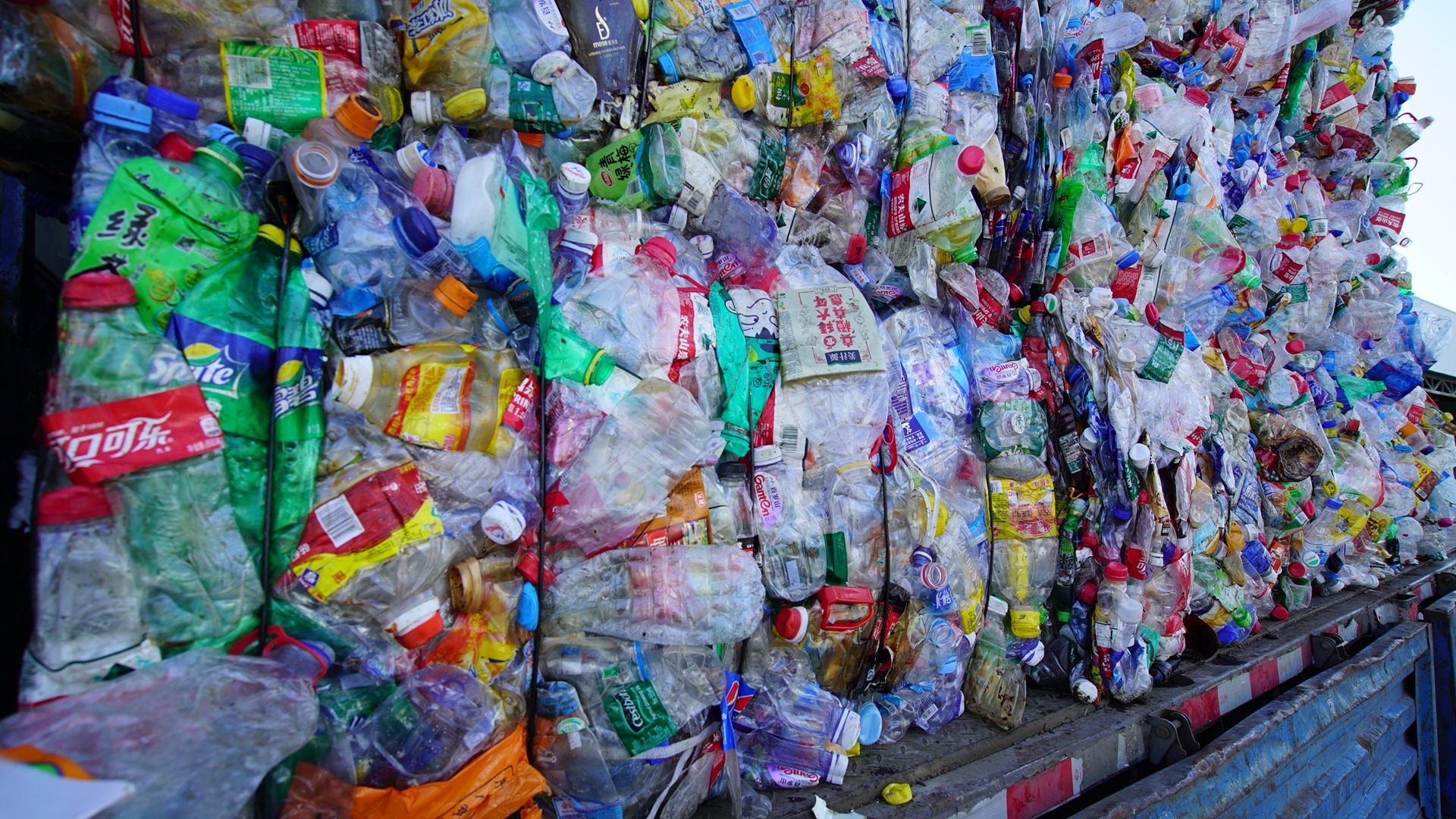 Company Incom Recycle Co is working to tackle plastic waste, which has become a problem for China’s land and waterways.

The country generates about a third of global plastic waste.

“China’s population and we’re one of the top countries consuming plastics. According to data much of the pollution in the sea can be linked to China,” said Incom's Feng Juan. The anti-smog scarf: Creating the wearable tech of the future

Ms Feng said the system was a user-friendly way to collect bottles and cut out traditional middle-men.

In 2017, the company collected more than 54 million bottles via their machines.

“In our system you can monitor clearly where we collect bottles, where they go and the whole recycling process. It also means we can avoid second hand pollution,” Ms Feng said.

While environmental activist Ma Jun welcomed bigger players who would be able to process waste in an environmentally friend way, he said the current number of companies were not enough to serve the waste recycling needs of the entire county.

“China is generating more and more of its own garbage," he said.

"Two thirds of Chinese cities are surrounded by mountains of garbage. The quality of the waste can be lower than those from foreign countries and much of it ends up in landfill or incinerators."

“It takes time to build the right channels. We need to understand the challenge of it."