In the 18 months since Sydney student Amy McCarthy came out, she has made her university a more welcoming place for transgender people and advocated for more understanding of the transgender community at the UN. Here, she tells SBS how the response has been.

On a hot and smoky summer morning in Sydney’s west, Amy McCarthy and her older brother Dominic are inside, plonked on the couch playing Mario Kart.

“You should’ve seen that coming,” Dominic teases when Amy takes a wrong turn.

They’ve passed many hours of school and university holidays over the years doing exactly the same thing. But 18 months ago, such normality seemed a long way off.

Midway through her third year studying a Bachelor of Music (Performance) at the University of Sydney’s Conservatorium of Music, Amy came out as transgender.

She was four when she noticed the first signs.

“I remember having thoughts of wanting to be female and not knowing what to do with them,” the 21-year-old tells SBS News. 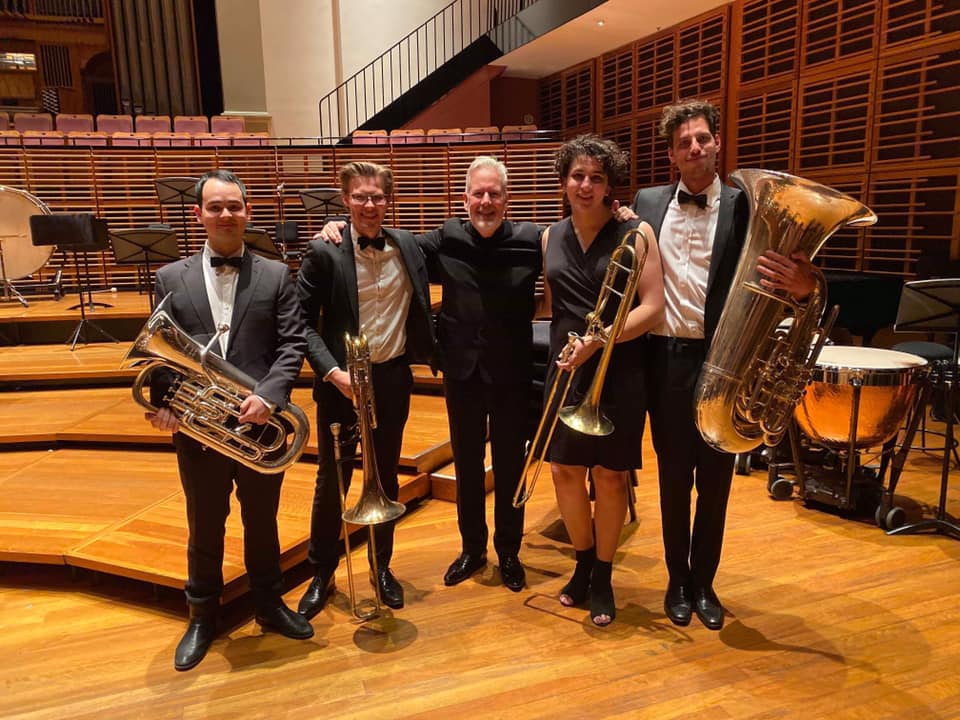 At school she suppressed her feelings, but something changed during her time at university.

“What happened was, I got quite good at it, but eventually these feelings and this understanding of myself were too intense and overwhelming, I just felt I needed to do something decisive to deal with it.”

In a matter of weeks, she’d told hundreds of people, starting with the head of the School of Music, then her teachers, before announcing it in front of her classmates and fellow orchestra members.

“It was the most terrified I’d been in a long time. If you can imagine, kind of a guy standing up in front of everyone and saying ‘from next week I want you to call me Amy and I’m going to be presenting as female’. It was incredibly scary, especially because I didn’t know how people would react.”

She played the trombone in several Sydney Conservatorium of Music orchestras as part of her degree, and gigs with Latin band La Clasica de Oz.

Amy worried her peers would think it was a joke or would treat her differently. Instead, every time she made the announcement, people clapped.

But off campus, strangers were far less respectful.

“You get people when you sit at restaurants, they tap their friend on the shoulder and you see them staring at you, and as soon as you look at them they immediately turn around.”

Amy says she was followed, had photos taken of her, and in one case a man asked what was under her skirt before reaching out to try and grope her.

Rather than shattering her confidence, those experiences motivated her to be more outspoken.

“For me, it was turning this really challenging experience of harassment into a really strong reminder of why we need to act.”

While she had the support of students and university staff, Amy was made aware there were no guidelines or training for employees to support a student who was transitioning to help them navigate bureaucratic, social and personal challenges.

Eighteen months after first coming out, she has been instrumental in improving the university’s support for transgender students.

Key changes include the development of gender transitioning guidelines for students, creating student liaison positions for staff with specialist LGBTIQ+ training, and talking to residence officers who are student leaders at colleges.

It’s a lot more than “whinging about someone getting my name wrong” she says. 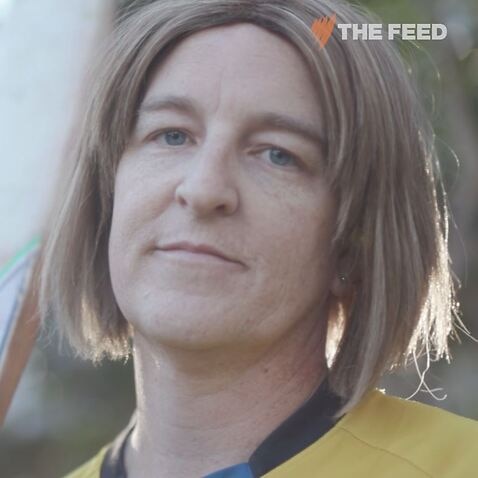 Erica James: on being a transgender cricketer (and copping hate)

Having transformed the university’s approach, Amy is now pushing for change on a global scale.

Her advocacy work got the attention of the former NSW Privacy Commissioner, Dr Elizabeth Coombs, who now heads up the United Nations’ taskforce on the right to privacy.

Last year she invited Amy to participate in discussions on the issue at the UN in New York.

Amy argued that privacy policies – particularly those used by social media companies - have a disproportionate impact on transgender people.

Not only did she share her personal story, she surveyed more than 50 other transgender people and compiled her findings in a research paper for the UN.

Her presentation informed a recommendation that all UN member countries and states respect the right to self-determination of transgender people – something Australia is yet to adopt.

Amy says it should be up to transgender people how their gender is listed on official documentation such as birth and marriage certificates.

“At best, you have to get a doctor to verify you are transgender which pathologises something that doesn’t need this medicalisation,” Amy says.

“At worst, you have to get sex reassignment surgery which costs $20,000 and renders you permanently sterile.”

At home, Amy’s transition been a learning curve for mother Tara and brother Dominic.

Tara had noticed Amy’s mood deteriorating in the weeks before she came out to her and pressed her on what was wrong.

When she found out, it was a shock.

“I didn’t know anybody who was transgender apart from having met [transgender advocate and former army officer] Cate McGregor,” she says.

“It’s been a rapid journey, but a good journey.

“My biggest fear was always around what the world would think, and I have to say that’s been a wonderful experience. The world has changed, the world has been really kind.

“I thought Amy would lose her job, I thought she would have lots of discrimination. And that hasn’t been the case, she’s been embraced by people. There’s been a little bit of that [negativity], but nothing like I anticipated.” 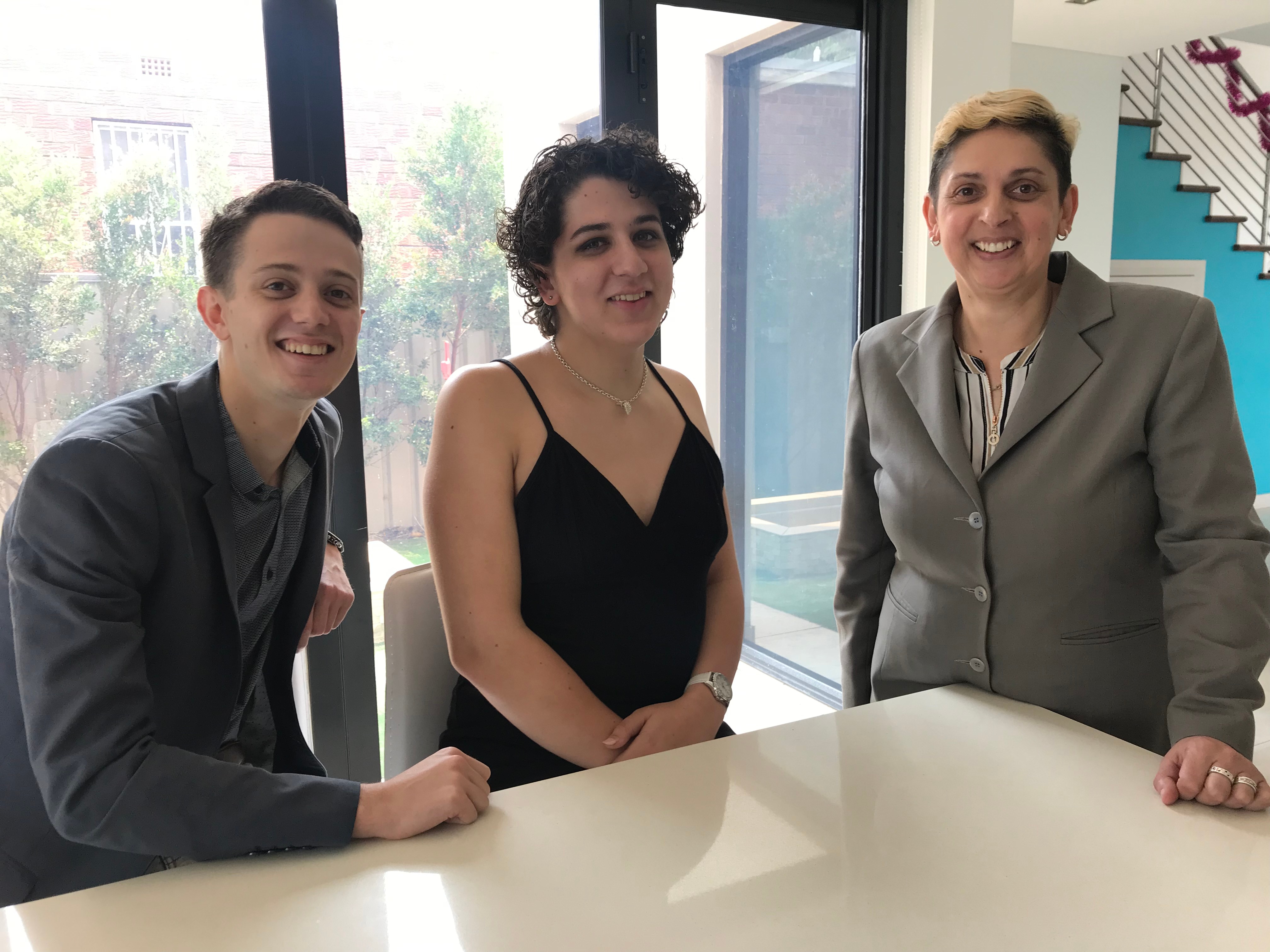 Amy with her brother Dominic and mother Tara.
Rosemary Bolger

Amy continues to tutor music students privately and at her former all-boys high school. She’s also been a member of the Army Reserves since she was 17 and answered the call up to help with the bushfire response this month.

She has spent the past few weeks with her unit, the 1st/15th Royal NSW Lancers, helping clear fire trails in Wollombi after the Owendale fire destroyed more than 5,530 hectares.

Amy’s mother was worried about how her being transgender would change their usually close relationship, but was pleased when things settled down.

“Amy is the same child I’ve always had. While she’s identifying as female, when you sit down and you have a chat, you have a heart-to-heart it’s the same kid, it’s my same child. I totally forget the gender issue, I’m just talking to my child.”

Dominic, who is 18 months older than Amy, came to a similar realisation.

“I expected quite a dramatic change of lifestyle and was pleasantly surprised to find it was a bit business as usual.

“I said to myself ‘I’ve always had a younger brother, how do I have a younger sister?’ and in that process, I learnt that it didn’t really matter.” 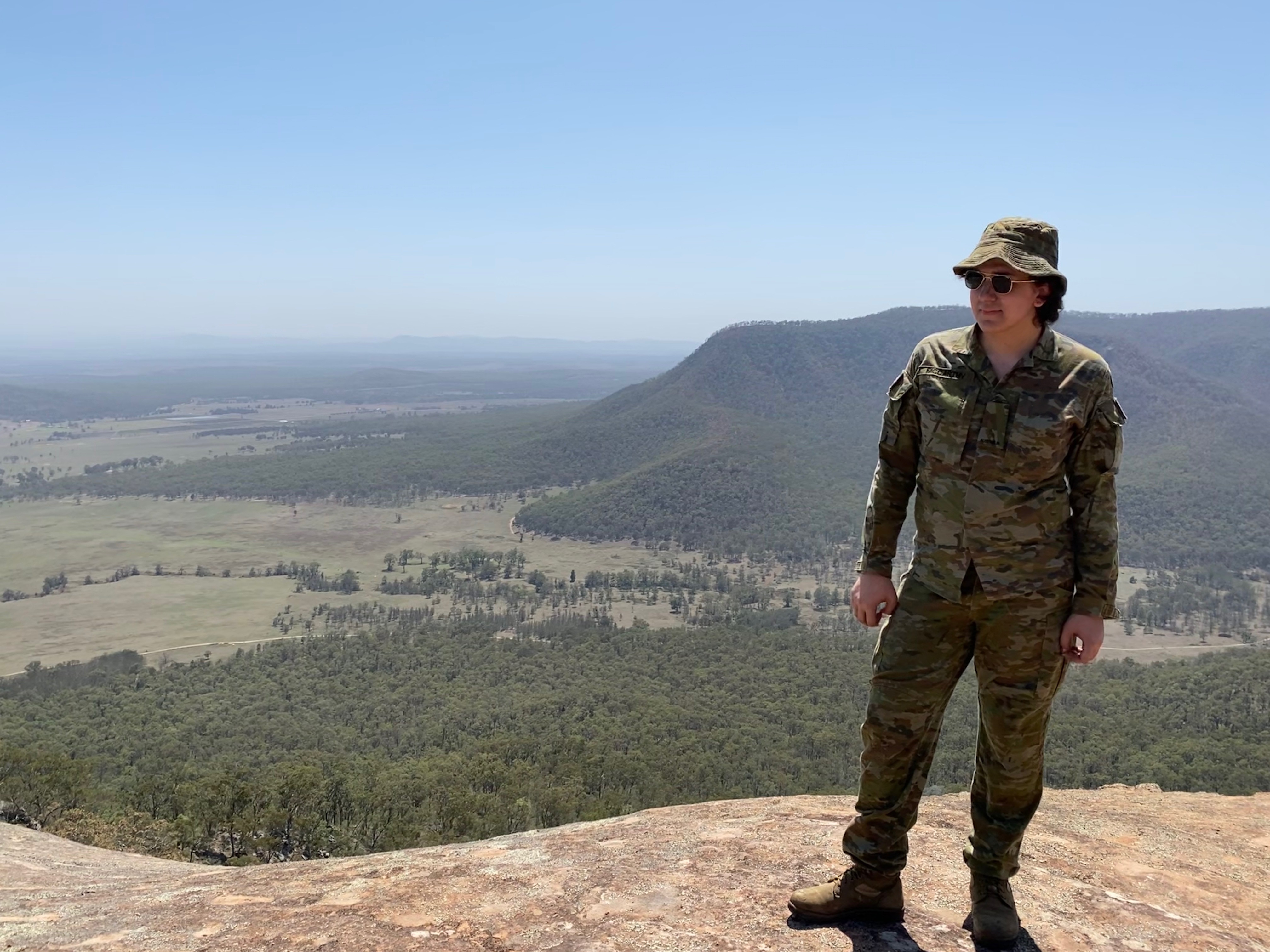 Amy has been in the army reserves since she was 17.
Supplied

While annual photos of the children with Santa and a framed blazer from her all-boys school hang on the wall at home, Amy is reluctant to share photos of herself pre-transition with the public.

“I might show some friends pictures of me pre-transition and people who’ve known me beforehand, but I think what happens if you show other people what you look like pre-transition it can help to reinforce this negative impression in people that are critical of you, it can help to reinforce this idea that transitioning is something very artificial or cosmetic, when in fact it actually stems from your personal consciousness rather than physicality.”

Since completing her music degree at the end of last year, Amy has been weighing up whether to pursue a music career and audition for orchestras in Europe or focus on her advocacy work and conduct further research projects into gender identity.

Whatever she decides, she begins her next stage as her authentic self, leaving behind a more supportive pathway for others who come out at her university.

“Ultimately I’m very glad I did it because I was so fortunate to receive such incredible support from virtually everyone at the university,” she says.