Conspiracy theorist followers of QAnon have pointed to the protests erupting in the wake of George Floyd’s death as evidence of the apocalyptic ‘Great Awakening’.

Supporters of US President Donald Trump and the QAnon conspiracy theory popular on the fringes of the internet have latched onto the protests erupting after the death of African American man George Floyd.

They see the protests that have swept across the country as evidence of the ‘Great Awakening’ foreshadowed in the conspiracy.

So what is the 'Great Awakening' and how did it go from the depths of the dark web to mainstream usage?

Where did it begin?

The QAnon theory began in late 2017 on the website 4Chan, with a user posting anonymously claiming to be a high level official in the US government.

They claimed 2016 presidential candidate Hillary Clinton was about to be arrested and signed off their message with the letter Q. 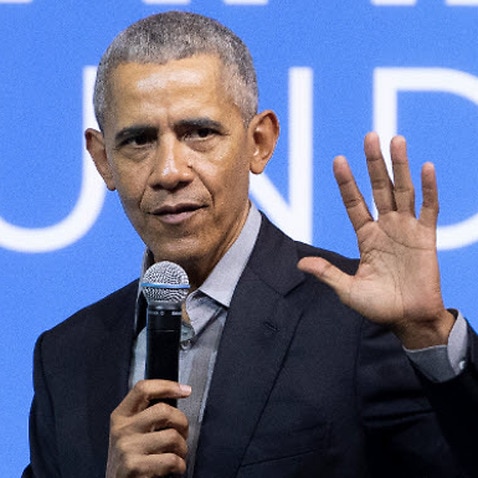 Since then the theory has evolved to include a range of conspiracies about the Democrats and the deep state, from accusations they are trying to rig the upcoming election, to running child sex trafficking rings.

“QAnon believers think there is a time coming very, very soon, when Trump is about to arrest all their enemies. And they have believed this for years, they have believed this is just about to happen for a very long time, despite that it has never happened, they believe this is just around the corner,” David Smith from the United States Study Centre at the University of Sydney told SBS News.

Why is it gaining traction?

While initially circulating prominently on 4Chan and the dark corners of the internet, the theory has moved further into the mainstream.

“There is a lot of conspiracy theory going on in mainstream conservatism right now, the president is a big fan of it, so when someone from QAnon makes some suggestion that some Democrat is guilty of a certain crime, there are people who don’t have any familiarity with the QAnon ethos that might retweet that and it sort of pushes it into the mainstream,” Dr Smith said.

Mr Trump has on several occasions retweeted QAnon conspiracy theorists on Twitter, most recently on Monday when he retweeted a video reel of him talking about the “calm before the storm” a popular QAnon phrase referring to the impending mass arrests. 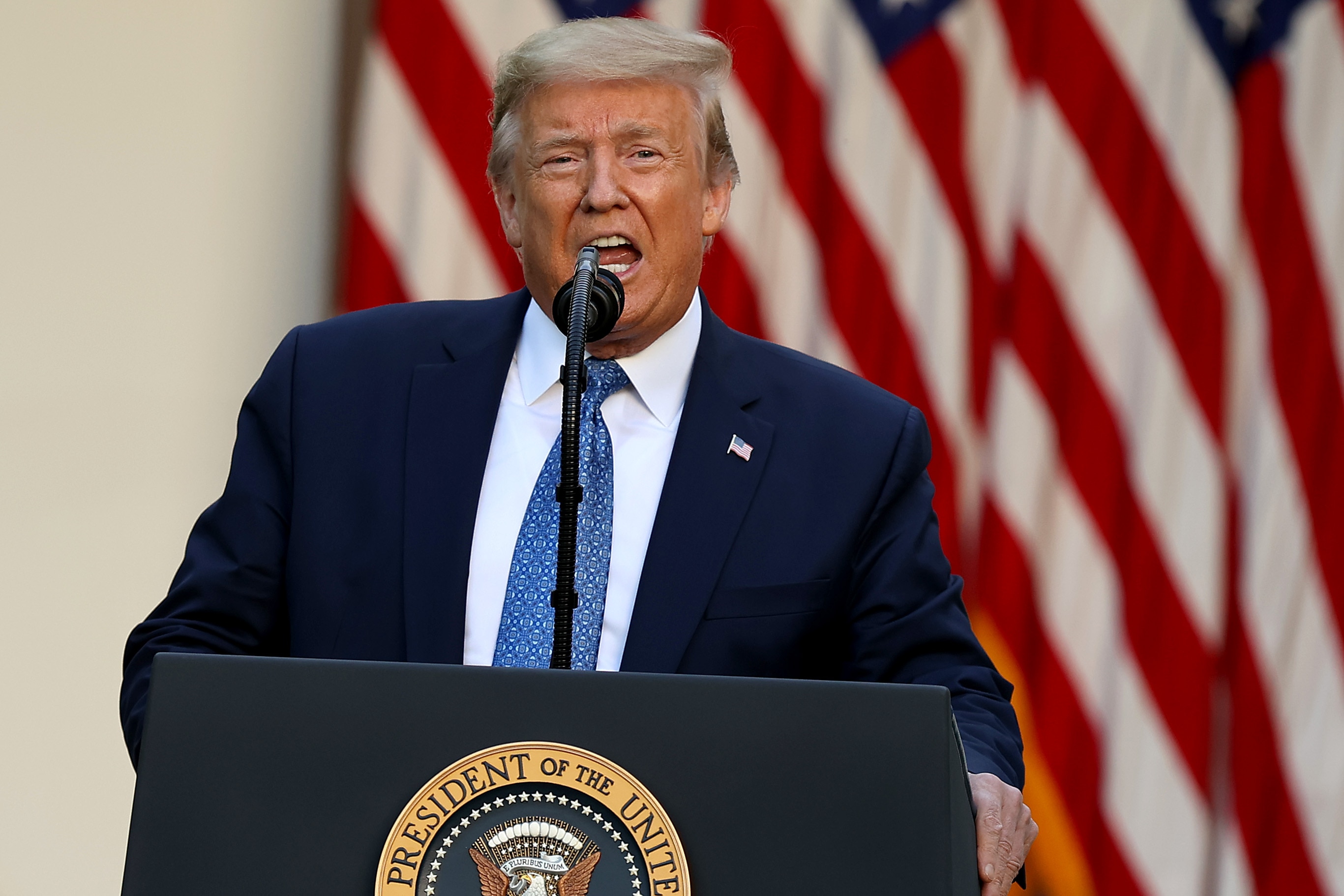 Despite unknowingly sharing QAnon content, Chris Fleming an Associate Professor of Philosophy at the University of Western Sydney, said Mr Trump had encouraged it and other conspiracy theories by his general embrace of conspiracy.

“For a start the president of the United States is himself a conspiracy theorist from his pushing of Birtherism,” he said, referring to the idea that former US President Barack Obama was not born in the US.

“If not a conspiracy theorist in every way, he is someone who gives a lot of room to conspiracy theories, more so than any other president before him, so that legitimises that move into the mainstream,” Professor Fleming said.

What is the link between the protests and the 'Great Awakening'?

According to conspiracy theorists, the ‘Great Awakening’ is an apocalyptic time of societal collapse, chaos and violence in which the global elites are overthrown and Mr Trump triumphs over the Democrats and other so-called ‘deep state’ forces.

According to the theory, the day of reckoning between Trump and the so-called ‘deep state’ forces trying to destroy the country always happens around chaos and violence. So it’s no surprise that the movement has latched onto the latest, at times violent, protests in the wake of Mr Floyd’s death at the hands of Minneapolis police as evidence of what they call the ‘Great Awakening’ the moment just before the mass arrests.

“They believe the protests are a part of the plot to unseat the American government and this is just another one of the facets of the deep state's attempts to destroy civilisation as we know it,” Professor Fleming said.

He also noted the QAnon belief that Mr Floyd is just an actor who isn’t really dead and that the protests are being financed by billionaire philanthropist George Soros. 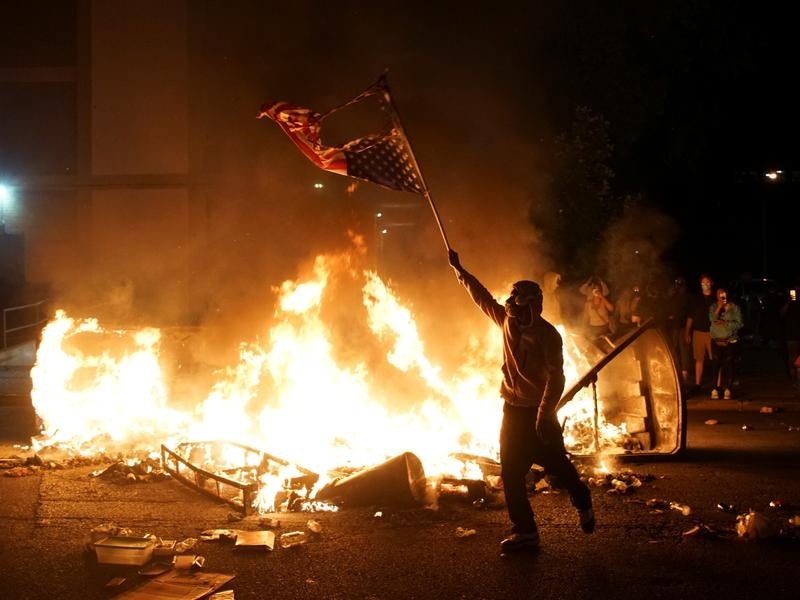 The movement has accused the billionaire philanthropist George Soros of being behind the violence.
AP

Professor Fleming and other experts SBS News spoke to noted how the movement had taken on a quasi-religious tone and tendencies to explain world events.

Patrick Stokes, associate professor of philosophy at Deakin University, said the movement tapped into the deep-seeded need to see politics as essentially religious.

“It presents Trump as a kind of messiah who is going to defeat the democrats once and for all. It presents Q as a sort of John the Baptist figure to Trump’s Jesus. It’s really an almost apocalyptic belief system and that does appeal to people's need to see politics as not just a series of human transactions but as having a metaphysical significance,” he said. 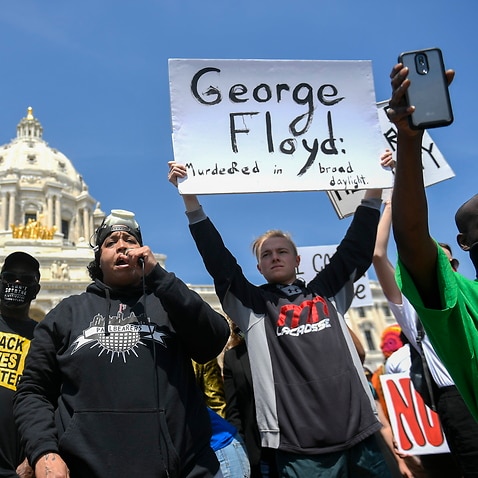 Despite the prophecy of QAnon never coming true, Dr Smith said that doesn’t stop those who truly believe in the movement.

“A lot of people have left QAnon because the prophecy never comes true, but research has shown that there are people who hang in there and when it does fail they become even more tightly bonded to the movement,” he said.

And he said regardless of whatever happens with the current protests in America, those who believe will continue to adapt their world view to fit their beliefs.

“This is likely to be another big disappointment for Q, but when it doesn’t happen there will still be plenty of people who think the arrests are still coming."