How COVID 'long-haulers' successfully fought to be recognised through activism

ANALYSIS: Long COVID has sometimes been described as a “silent” disease because damage to the body can be overlooked. Some patients have been able to break the silence. 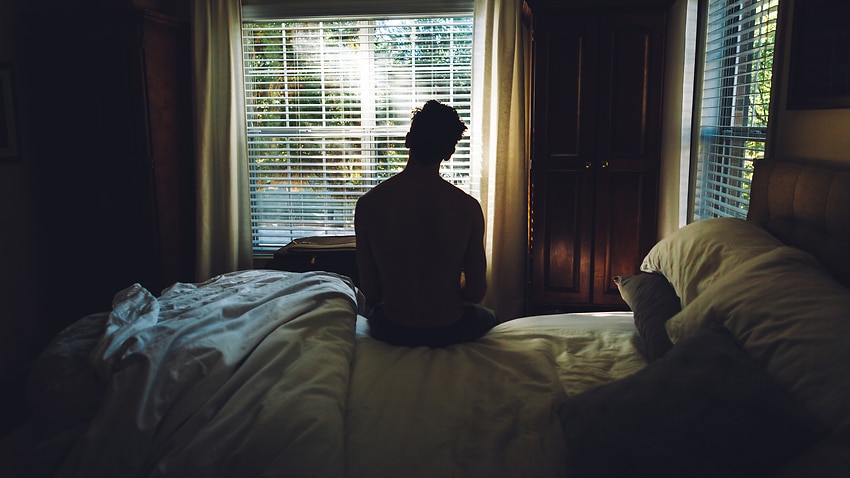 Today, we use the term “long COVID” to describe the lingering symptoms some people have many weeks or months after infection.

But how long COVID came to be recognised by doctors and the wider community shows us the power of patient activism, networking, research skills and persistence.

Using social media, patients collected evidence of their symptoms, and advocated for themselves and for further research. Even the term long COVID stems from this activism.

As early as March 2020, people with continuing COVID symptoms began drawing attention to their experience on Twitter.

Some people began to call themselves “COVID long-haulers”. The term comes from truck drivers who regularly work long shifts.

US teacher Amy Watson started the trend with a selfie posted to Facebook from the day she was first tested for COVID in March 2020. Watson wore a trucker’s cap in the photo.

A crucial part of the nascent history & anthropology of #LongCovid: the term 'long-haulers' was coined* by Amy Watson

*full explanation in the text below🧢😄 https://t.co/5TSivHA71R

Once Ms Watson realised her COVID symptoms were continuing longer than expected, she began describing herself as a “long hauler” and started a private Facebook group using the same name.

Several other Facebook support groups for COVID survivors have sprung up since then. They include COVID-19 Long Haulers Support, with over 51,000 members and Long COVID Support Group, with over 44,000 members.

Archaeologist Elisa Perego invented the #LongCovid Twitter hashtag in May 2020.

Now we have a wide range of Twitter hashtags and account names including: #LongCovidKids, @LongCovidPhysio, @LongCovidItalia, @LongCovidNYC and @LongCovid in Academia.

Several British patients who were part of the Long Covid SOS advocacy group made a YouTube video, Message in a Bottle, which they uploaded in July 2020. It has since received more than 57,000 views.

The video captured the attention of the World Health Organization’s COVID-19 response team, which invited group members to a meeting to discuss their experiences.

Video-sharing platform TikTok also features #covidlonghauler content, with millions of views. Young people who made these short videos describe their experiences of long COVID and warn viewers to be careful about protecting themselves from infection.

As momentum grew, the medical profession and peak health bodies such as the World Health Organization began to accept the name long COVID as a diagnosis.

We now recognise that patient-led evidence is crucial in learning more about COVID’s effects on the body.

People with long COVID have worked together to collect evidence about the condition. University researchers, from medical and non-medical backgrounds, living with prolonged COVID symptoms have often led the charge.

Many health-care workers contracted COVID. They could reflect on the experience recovering from the disease from both a professional and personal viewpoint.

Websites such as covidCAREgroup offer members the opportunity to take part in medical and public health research.

People with COVID founded the online Body Politic support group. In an example of patient-led research, researchers with long COVID at King’s College London initiated and led a web-based survey to research the condition. They advertised the survey on the Body Politic website. The findings were published in a medical journal this year.

Although estimates vary, we now know about 10 per cent report symptoms 12 weeks after their COVID diagnosis.

Survivors report 200 symptoms across ten organ systems. And longer-term symptoms can even occur in people whose initial ones were moderate or mild.

The outstandingly successful example of long COVID is the latest of a history of patient-led support, information sharing, activism, fund raising and involvement in research.

People with new or rare diseases or those whose conditions are contested have often had to fight hard to have their illness acknowledged and appropriately treated.

The most well-known activist organisation was ACT UP, based in the US and led by the LGBTQI community. ACT UP members relied on street marches, protests and rallies to spearhead political action.

Read More
Will lasting COVID symptoms shine a spotlight on those battling ME/CFS?

Chronic fatigue syndrome (CFS) is another example. People with this syndrome have had to challenge doctors’ assumptions their symptoms are “all in their mind” because the causes and markers of their illness are still open to speculation.

The medical profession has sometimes criticised advocates for being overly “militant” in their efforts to be heard and receive effective treatment.

Yet patient-led research and activism have made great strides in achieving their goals in achieving recognition for HIV, CFS and many other conditions.

The development of the internet in the 1990s assisted these efforts, as has social media since the early 2000s.

Dedicated platforms such as PatientsLikeMe have sprung up, offering a variety of condition-specific support groups and access to clinical trials. PatientsLikeMe has a COVID-19 forum with over 100,000 members.

The success of patient-led groups in putting long COVID firmly on the medical and health policy map is one positive step in countering the effects of the continuing pandemic.

However, many members of successful patient-led groups are highly educated and socioeconomically advantaged, with excellent access to digital devices and the internet.

Long COVID has sometimes been described as a “silent” disease, because damage to the body can be overlooked. Some patients have been able to break the silence.

However, it remains important to find ways for marginalised and disadvantaged groups and people living in low-income countries to benefit from these kinds of initiatives. More than ever, the voices of these groups should be heard.

Deborah Lupton is leader of the Vitalities Lab, Centre for Social Research in Health and Social Policy Centre, UNSW Sydney. She is affiliated with OzSAGE, an independent COVID-19 policy advisory body.

Share
Published 2 October 2021 at 7:55am
By Deborah Lupton
Source: The Conversation
Topics
Coronavirus