Traces of fat from well-preserved fossils from 558 million years ago confirm the existence of a creature called Dickinsonia.

A piece of fat has helped solve a 558-million-year-old riddle and looks set to shoot a university student to scientific stardom.

When Professor Jochen Brocks received a call from a Russian student saying he wanted to use his Canberra lab to pull fat molecules from an ancient Ediacaran Biota fossil and prove it was the earth's first animal, he thought the idea was mad.

No scientist had been able to decipher what the weathered remnants, called Dickinsonia, were since their discovery in hills 650 kilometres north of Adelaide in 1946. "This is the holy grail of paleontology and I had a student calling me from Moscow saying he had a solution," Prof Brocks told AAP.

None of this mattered to Ilya Bobrovskiy, the young geologist told Prof Brocks he knew of fossils so well preserved in a remote area of northwest Russia that the organic tissue still contained molecules of cholesterol, a type of fat that is the hallmark of animal life.

"I just couldn't believe that this exists anywhere in the world, I mean these things are really old, 558 million years old," Prof Brocks said.

If true, the findings could settle a feud raging between scientists over the strange 1.4 metre long leaf-shaped organism - was it a giant single-celled amoeba, a lichen, fungus, an animal or as some believe, a failed evolutionary experiment?

"I thought this is a student with no idea of how (fossils) work, it's a completely crazy idea," Prof Brocks said.

"But he struck me as very smart. I'll let him try it and when the project fails I'll give his something else."

The 27-year-old didn't fail, with Prof Brocks' backing he was helicoptered into the bear and mosquito infested White Sea region where he hung from 100-metre high cliffs to dig out the fossils. 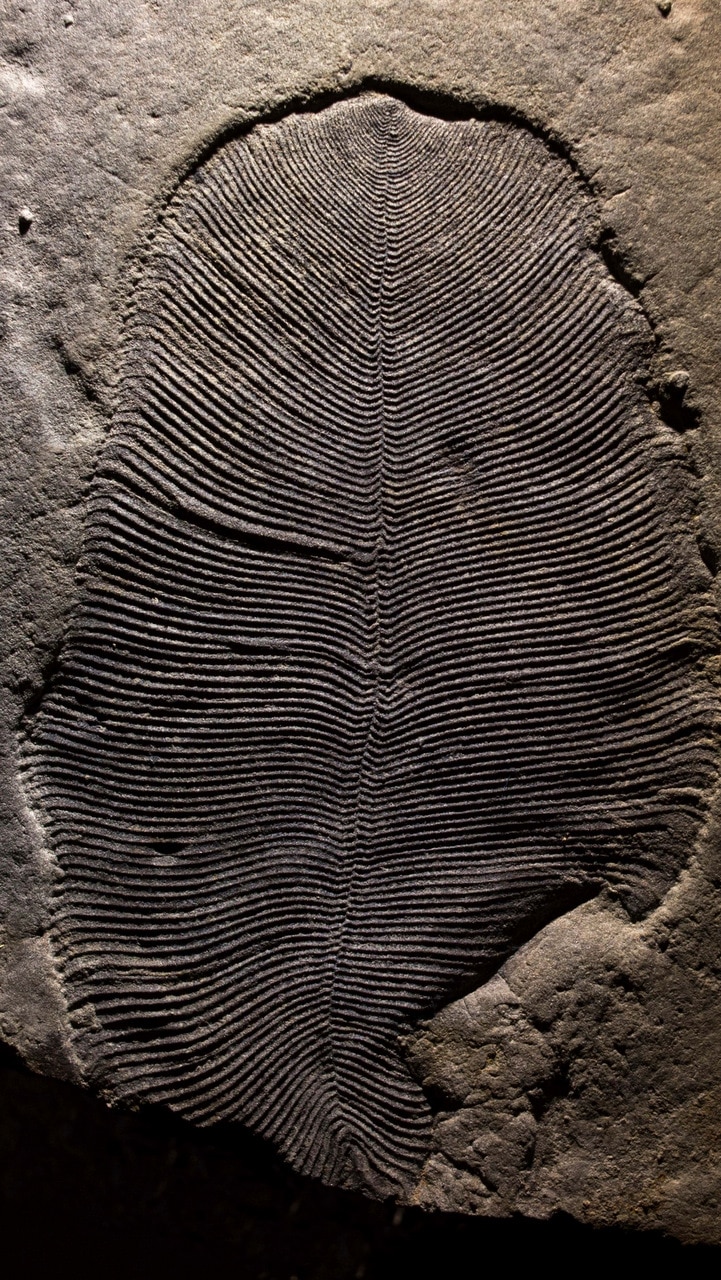 The body of the Dickinsonia is about 9 centimetres long.
Australian National University

"The data he got was beautiful, it's full of fossil cholesterol. That thing was an animal, this is the best evidence yet," Prof Brocks said.

"He's landed a number one hit and it's spreading across the country."

His Indiana Jones-like efforts have also developed a new approach to study the ancient fossils, which hold the key between the old world dominated by bacteria and the world of large animals that emerged 540 million years ago during the 'Cambrian explosion'.

The PhD student is now working on a new research project with the Australian National University in the Northern Territory.

His research is published in the journal Science.