Nationwide rallies to protest Indigenous deaths in custody are being held ahead of the 30th anniversary of a damning royal commission report.

Thousands of Australians are protesting against Indigenous deaths in custody ahead of the 30th anniversary of a landmark royal commission report.

The nationwide protests on Saturday also follow the deaths of five Indigenous Australians in police custody since March this year.

From Alice Springs to Rockhampton and down the east coast, protesters have expressed anger that the royal commission's recommendations have not been adopted thoroughly and that deaths continue. Protesters at a Black Deaths in Custody Rally at Town Hall in Sydney, Saturday, April 10, 2021.
AAP

More than 450 Indigenous people have died in custody since the Royal Commission into Aboriginal Deaths in Custody published its final report on 15 April, 1991.

Since 2 March this year, a man in his 30s has died in a NSW prison hospital, and another man and a 44-year-old woman have lost their lives in prisons in NSW and Victoria.

Barkindji man Anzac Sullivan, 37, has been killed during a police pursuit in Broken Hill, and a 45-year-old male inmate has died in a Perth hospital. Federal Greens Senator Lidia Thorpe used part of an address outside Victoria's Parliament House on Saturday to draw attention to an Aboriginal flag at half mast overhead, in deference to the recently deceased Prince Philip - whom she called a representative of the colonising power that has oppressed Indigenous people.

Protesters on social media questioned whether the parliament had received permission from traditional custodians to lower their flag.

.@Lidia__thorpe tells us that First Nations people do NOT consent to have their Aboriginal flag lowered to half-mast today to honour the death of “our coloniser” pic.twitter.com/XNeWGhHqlh

In Sydney, actor Meyne Wyatt told the crowd: "You sick of hearing about racism? I'm sick of f***ing talking about it."

Ahead of the rallies, Gomeroi, Dunghutti and Biripi woman and protest organiser Tameeka Tighe told AAP that every time she hears of another death, she worries it's someone close to her.

"Do we have to see another 30 years and another 400 deaths? What is that we need to be an emergency?"

Ms Tighe's brother, Tane Chatfield, died in September 2017 after being held on remand at Tamworth Correctional Centre for two years. Labor senator Pat Dodson was the only Indigenous commissioner at the time of the royal commission, and says he remembers feeling hopeful back then.

But those feelings have changed.

"I'm saddened by the number of deaths that have occurred since the royal commission," he told SBS News.

"I'm more appalled at the lack of implementation of the recommendations that we'd made."

Law enforcement officers have been charged over Indigenous deaths in custody, but in 30 years, none have ever been convicted.

"There've been recommendations made by coroners that certain officers stand trial, and the problem that then arose was police investigating police," Senator Dodson said. After three new Indigenous deaths in custody, justice campaigners ask: 'where is the outrage?'

In a statement to SBS News, Minister for Indigenous Australians Ken Wyatt said the government’s focus was on addressing underlying factors that lead to incarceration.

"Under Australia’s federal system of government, states and territories are responsible for their respective criminal justice systems, including policing," he said.

Just under one third of the nation's prisoners are Indigenous, despite Indigenous people making up only three per cent of the population. The numbers are even starker for young people, as half of all youth detainees are Indigenous.

The commission investigated 99 deaths - 66 in police custody, 33 in prison custody and three in juvenile detention - and found "glaring deficiencies" in the standard of care given to many of the deceased.

There appeared to be "little appreciation of and less dedication to the duty of care owed by custodial authorities and their officers to persons in custody", the final report said.

But it also found "immediate causes of the deaths do not include foul play, in the sense of unlawful, deliberate killing of Aboriginal prisoners by police and prison officers". A 2018 review by Deloitte for the federal government found 64 per cent of the royal commission's 339 recommendations had been fully implemented.

The review also found the rate of Indigenous incarceration had almost doubled since 1991 and that monitoring of deaths in custody had fallen.

"The basic finding of the royal commission was that we needed to get First Nations people out of jail, out of the justice system," said researcher Christopher Cunneen from the Jumbuna Institute.

"And what we're finding now, after 30 years, is not only have we not done that, we've made the situation much, much worse." 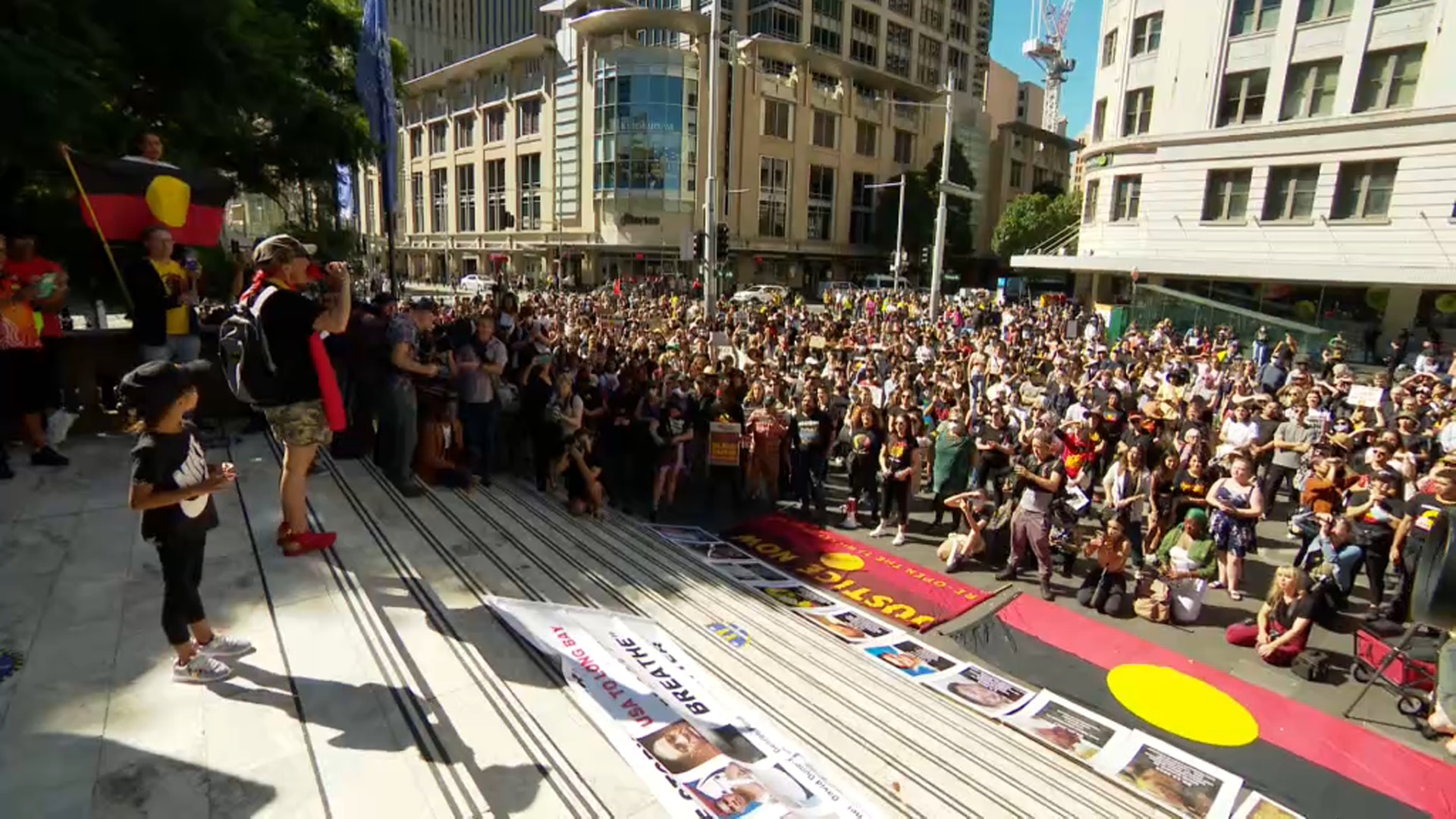 Ms Tighe said it was "not enough" to just demand the implementation of the recommendations.

"To me, they seem quite worthless," she said.

"Even with the recommendations, our loved ones are still being taken at rates much higher than anyone else in the world within the prison system."

She called for both state and federal governments to take responsibility and accountability for deaths in custody, and to provide transparency around the deaths.

"I seem to see state and federal governments continually pass the buck and not hold themselves accountable," she told SBS News.

With additional reporting by SBS News